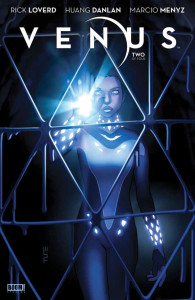 Life on Venus is no walk in the park on a good day, and crew of the crashed Mayflower are most definitely not having a good day. Their ship, along with most of their supplies, is gone. The crew, being made up of a mixture of civilian and military personnel, walks a fine edge between cooperation and discord. Their only chance at survival is to make their way to Camp Augustine, a facility set up and waiting for them to begin colonization efforts.

Upon arrival at Augustine, the Mayflower crew discovers more meat for their crap sandwich… Augustine was built on a major fault line; entire sections, including the hydroponics lab, have collapsed; the facility is on a system wide shut down, with no power to life support or communications, and is under the control of the A.I.

First order of business for the newly appointed commanding officer, NASA pilot Pauline Manashe, is to restore power to Camp Augustine, get the life support systems up and running before their suits run out of air, and regain communications with the big brains back at NASA. These goals are all short term, and are further complicated by the introduction of evidence that the crash of the Mayflower was the result of sabotage. Someone among the crew is a traitor.

Boom Studios seems to specialize in limited run stories of four to six issues, spanning genres from horror to science fiction to fantasy. In Venus, they’ve constructed a tightly woven science fiction adventure that utilizes believable concepts backed up by already existing technology, and factual knowledge of the planet Venus. Where it could very well be that the creative team took some of its inspiration from stories like Lost in Space and The Martian, they’ve taken that inspiration and run with it. Two issues in, and they’ve managed to keep the fast moving roller-coaster on the tracks, with a climactic gut wrencher waiting for us on the very last page.

I appreciate any story that can carry with it a blend of science fiction and fact, can make what we know to be true fit seamlessly into its narrative. The minds behind Venus have done just that. What’s more, they’ve fleshed out the crew of the Mayflower into a group of individuals fighting for survival, each with their own personal motivations and concerns, each bringing something unique and vital to the table. The artwork here is sharp, with sort of a classic scifi look to it rather than something more stylized.

After the first issue, I thought we were going to be given a fairly straight line story to follow… some dips and drops on the ride, but more or less standard. After this second issue, with the cliffhanger staring at me from the last page, I’m happy to report that the last two issues look like they might have some loops and corkscrews coming. 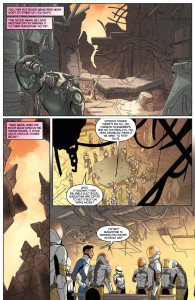 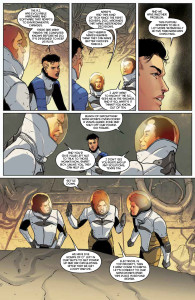 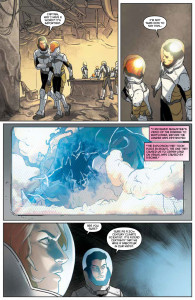 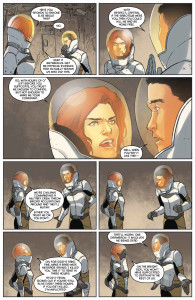 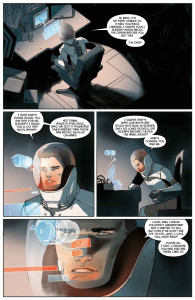