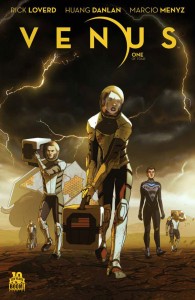 The crew of the Mayflower might want to look into renegotiating whatever contracts they might have signed, because this flight is gonna suck… The ship is crashing, their leader Captain Kincaid is dead,

The good news is, they’re just a stone’s throw away from their destination, Camp Augustine. The bad news: the Mayflower’s reactor is going into meltdown, the ground is giving way beneath them, the mixed military and civilian crew is having a tough time working and playing well together, and there isn’t enough room in their surface transports to fit supplies and every member of the crew. The surface of Venus experiences temperatures reaching 880 degrees Farenheit, the air pressure is equal to 90 times that of Earth, and with a mixture of sulfuric acid rain and hail, conditions are less than hospitable.

With Captain Kincaid dead Commander Pauline Manashe, the mission’s pilot, steps to the plate. Gathering her command team, made up of botanist Dr. Chad Park, military engineer Lt. Reyes, and Sergeant-at-arms Tim Thorne, she gets things in motion. With some of the crew forced to ride on top of the ground transports, the ride to Camp Augustine is going to be anything but “smooth”.

In the spirit of classics like Lost in Space, The Martian, and The Abyss, Venus has the makings of a great adventure story. The action is fast paced, and the creative team of Rick Loverd and Huang Danlan do a good job of conveying tension. The character interaction seems to be pretty spot on, with military members bristling under civilian authority and civilian staff chafing under the “mission first” attitude of the military personnel (as a veteran, I did see some irony in the civilians urging a “move, move, move!” attitude, while the “grunts” were content to sit tight and hold ground).

What remains to be seen is whether or not Venus can maintain that kind of interaction without derailing the storyline, or if the series will devolve into a series of deaths by mishap and wrapping up with the fortuitous rescue of the traditional last two surviving crew members. Right now, I choose to have a little faith. Boom! Studios has done a fine job with their growing list of short run series, and with just four issues it’s not like an all-out action story is going to have time to get old…

This first issue presents the opening to a fast-paced ride into a good old fashioned sci fi survival story. 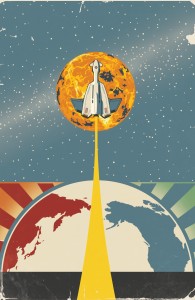 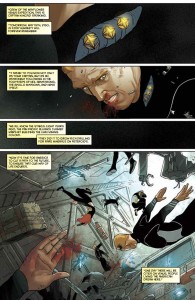 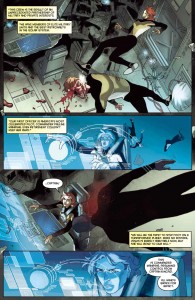 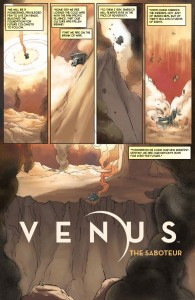 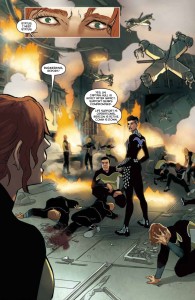 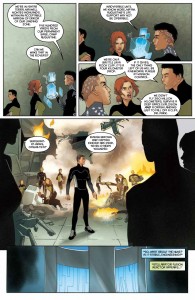