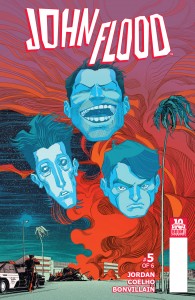 John Flood #5 (of 6)
Boom! Studios
Written by Justin Jordan
Art by Jorge Coelho
As the result of a government experiment, John Flood no longer needs to sleep, but now he’s in a constant dream state and sometimes can’t tell what’s real and what isn’t. But a side effect is that he sees patterns and makes connections no one else can, which serve him well in his new “career” as a make-shift PI. Together with a burly ex-cop, Flood begins to investigate when he “sees” one man responsible for thousands of unsolved murders, but now he himself has caught the killer’s attention…
———-

Fans of Sherlock Holmes, House, and The Mentalist should appreciate this book…

There’s a serial killer at work, one with the will and the means to create violent acts with the skill and precision of a symphonic composer. With a police department under siege, responding to multiple incidents all across the city and leaving the precinct itself all but undefended, a maniac enacts his will. I wish I could say I was totally talking about the serial killer, but I’m actually talking about John Flood.

Two products of a mysterious program that conducted experiments to enhance different aspects, John Flood and the seemingly unstoppable killer are on a collision course. The latter is dedicated to continuing on his cross country killing spree unopposed. The former is determined to follow a trail of breadcrumbs through a pile of bread and to those responsible for his condition.

Flood doesn’t sleep. Ever. Being perpetually awake has had multiple effects on him. At the surface, he’s had a lot of spare time to develop a pretty impressive base of knowledge across just about any subject you can think of. He’s honed some pretty obscure and diverse skillsets, not the least of which is the ability to throw his voice (which causes more hate and discontent than you might, especially in the middle of a running firefight). He sees patterns where no one else would even consider looking, and he’s able to connect dots on a picture where the dots aren’t numbered. Or in any noticeable order. It’s kinda cool when you stop and think about it…

Then again, if one doesn’t sleep, one doesn’t dream. Considering the widely held belief that dreams are the human brain’s method of sorting through and filing data taken in throughout the day, it puts a different sort of spin on things when you look at the massive amounts of information Flood’s processing every day. Also, there’s another well documented understanding that if we can’t sleep, or dream, the human body will eventually shut down and die. So far, aside from a wicked case of red-eye, Flood hasn’t any issues… unless you consider his erratic and compulsive behavior.

This brings us back around to the fact that Flood has no interest in seeing the killer arrested… If he’s arrested, how will he ever lead Flood back to those responsible for them both? So, John Flood is the only person able to counter this unstoppable killer, but he has his own specific agenda, and can’t be controlled or anticipated, can we really call him a “good guy”? 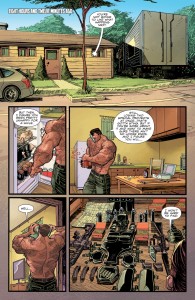 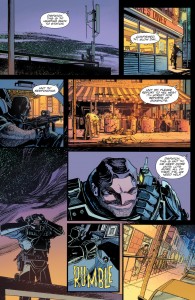 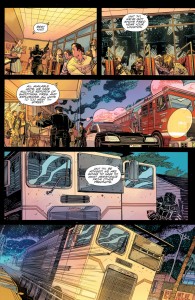 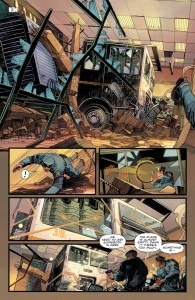 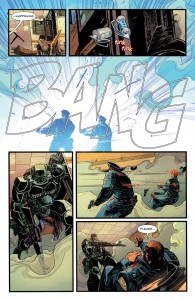