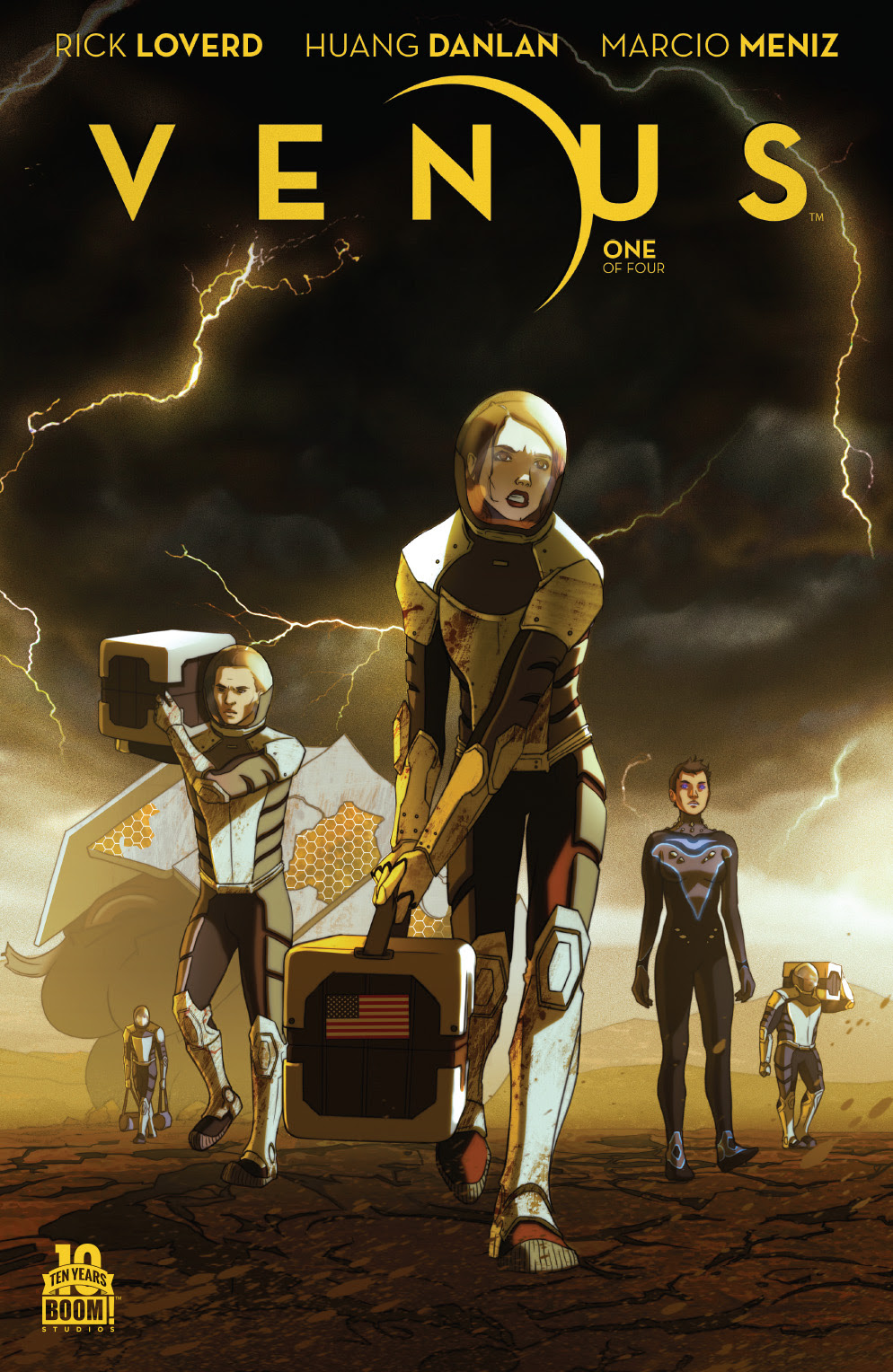 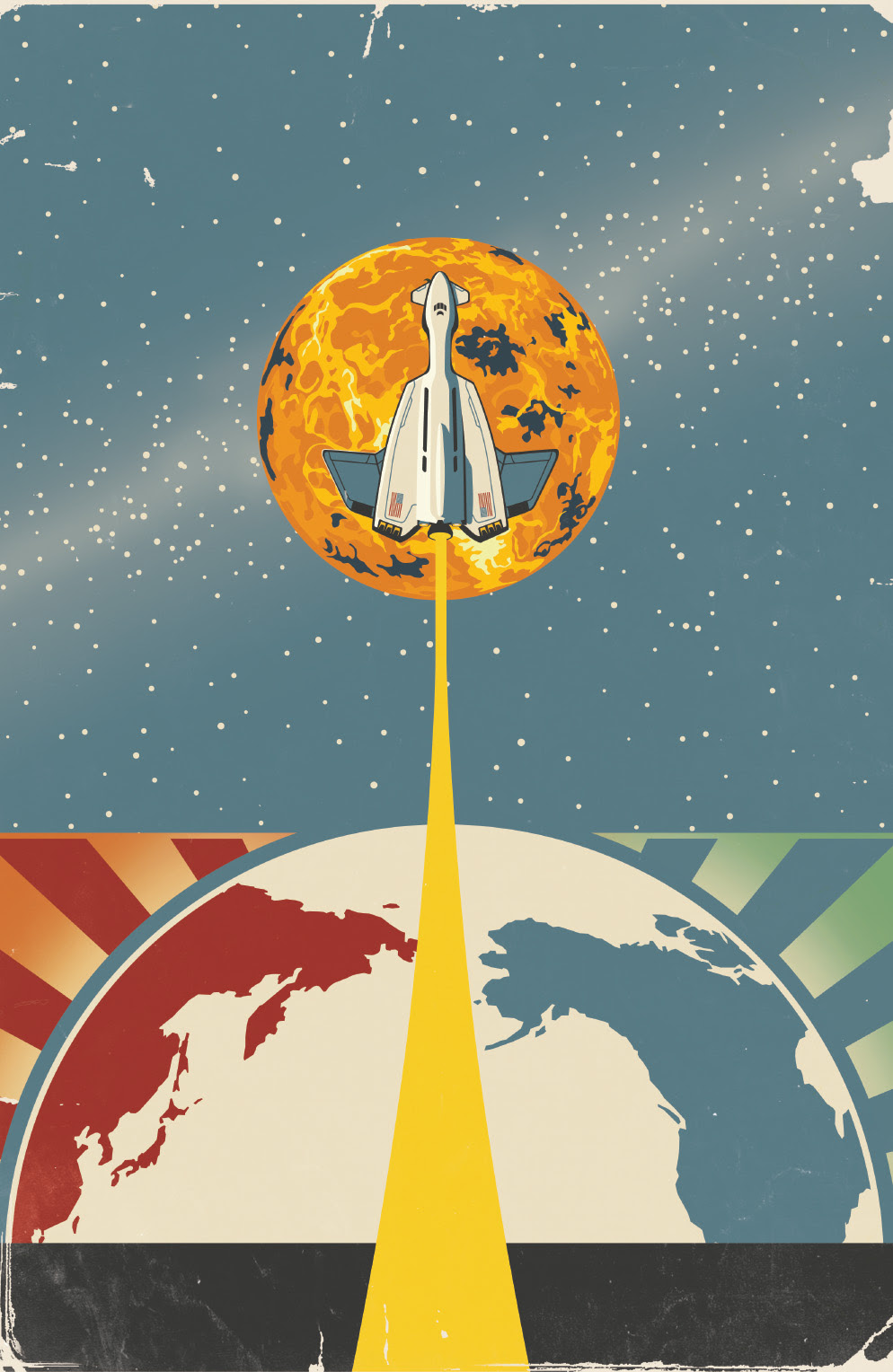 Adventuring into an unknown frontier, discovering something new, and facing impossible odds are the framework of some of our favorite stories. This December, creator Filip Sablik (Last Mortal), co-creator and writer Rick Loverd (Berserker), and artist Huang Danlan bring us Venus, a new original mini-series from award-winning publisher BOOM! Studios that evokes the history of great adventurers from the pilgrims to the Western pioneers, from deep-sea explorers to polar trailblazers, all of whom searched for a new beginning.

While Venus is a work of science fiction, Loverd is writing this with some scientific plausibility in mind. After all, he is currently the Program Director for the Science & Entertainment Exchange, a program of the National Academy of Sciences (NAS), whose mission is to inspire better science in Hollywood by introducing entertainment professionals to great science communicators. Since its launch in 2008, The Exchange has completed more than 1,300 consults, including Iron Man 2, Tron: Legacy, Avengers: Age of Ultron, and Star Trek Into Darkness.

In Venus, it’s the year 2150. Earth’s resources are depleted, and countries race to outer space to mine what they need from other planets. China has laid claim to Mars, so the U.S. and its allies have to make do with getting what it needs from the inhospitable world of Venus. But for a group of Americans making its way there, survival has become all too real. After their ship crash-lands on the planet, the scrappy crew is forced to do whatever it takes to navigate the harsh landscape in their journey to find the science base they were flying toward. In the vein of great adventure survival stories like Lost and The Martian, there’s only one reality on Venus—adapt or die.

“Survival stories have become a hallmark of pop culture, and Venus is a survival story in one of the harshest environments you can imagine,” said BOOM! Studios Editor-in-Chief Matt Gagnon. “Rick and Huang have constructed a harrowing thriller that’s about a group of people pushed well past their limits, on a planet where the average daily temperature is 864° Fahrenheit. It’s a powerful, intelligent miniseries about the enduring spirit of humanity—and how far a person will go to ensure their own survival.”

Venus #1 (of 4) arrives in comic shops on December 23rd with a main cover by W. Scott Forbes (Arcadia, Effigy) for the price of $3.99 under Diamond order code OCT151194. Also available in a limited quality is a 10 Years incentive cover by Felipe Smith (All-New Ghost Rider), and a retailer incentive cover by acclaimed illustrator Steven Thomas. In addition, each issue of the mini-series will contain a backmatter essay written by a different scientific authority, including Randii R. Wessen of the Jet Propulsion Laboratory and Phil Plait of Slate’s Bad Astronomy Blog.

The Final Order Cutoff deadline for retailers is November 30th. Not sure where to find your nearest comic retailer? Use comicshoplocator.com or findacomicshop.com to find one! It can also be ordered directly from BOOM! Studios on its website.