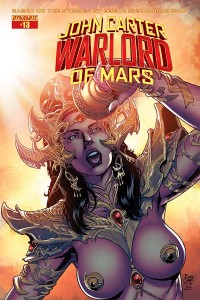 Experience Mars in all its barbaric glory, as John Carter and Dejah Thoris continue their search for a way to preserve their dying world. But their journey may lead to certain death, as a mysterious foe stalks their every move! Co-writers Ron Marz and Ian Edginton continue their run, joined by rising artistic star Ariel Medel.
———-

This very simple statement should be first and foremost in the thoughts of Warlord John Carter and Princess Dejah Thoris as this issue finds them. For five days, they’ve been walking the arid wasteland after their flyer crashed. For supplies, they’ve only got what they could salvage and carry away from the crash, and the only water they have to drink is barely drinkable coolant from the ship.

All seemed hopeless, until they spot a lone water source, an oasis between the rolling dunes. The dynamic couple, survivors tested in countless battles, take advantage of any respite they can find, and seem only mildly “put off” by the skeletal remains seen beside the pool. What follows is a lot of splashing, slashing, tentacles, and teeth.

As a fan of all things pulp, John Carter of Mars is everything that is cool about the genre. He’s a man of action, displaced and taken from his home and dumped unceremoniously into the completely unfamiliar. He’s a hero, taking up the cause of his new home, standing against oppression and tyranny and never considering that the problems of Barsoom (aka, Mars) aren’t really his fight. He’s a romantic, seeing the beauty of Mars, settling into the life of a Jeddak of as though born to it, and earning the love of a royal Princess along the way. In the realm of science fiction and fantasy, Edgar Rice Burroughs really was ahead of his time, and Dynamite comics are the perfect place for his work.

This issue in John Carter’s ongoing series is all about the action. John and Dejah, both warriors born and raised, are propelled from one deadly circumstance into the next, and their ability to defend and support each other isn’t hampered by gender. This is one aspect of these new stories that breaks from Burroughs’s original vision, in which Dejah Thoris spends most of her time waiting for John to rescue her from one threat or another, and it’s a good call to make. The pace is relentless, and just when I thought the issue was going to be nothing more than an extended fight scene, a deeper theme is introduced in the form of an ancient and abandoned underground city.

Enter the mystery of the Orovar, an extinct race of Barsoom who took advantage of the oceans that used to cover the surface of the planet. Their technology and building materials have withstood the ages, and their influence is still felt in the legends of the Red Planet. In their frenzied attempts to escape from their immediate danger, John and Dejah find themselves at the center of a growing mystery regarding Barsooms oldest myths. If they can finally get clear of the monsters nipping at their heels. 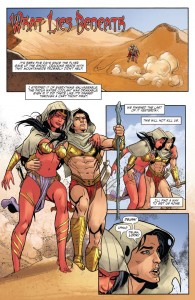 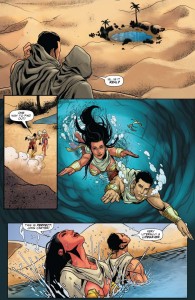 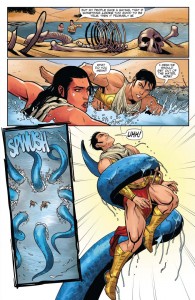 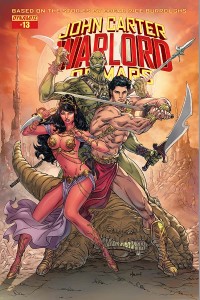 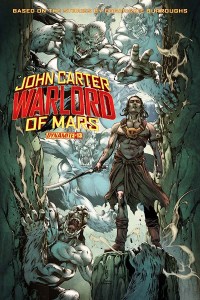