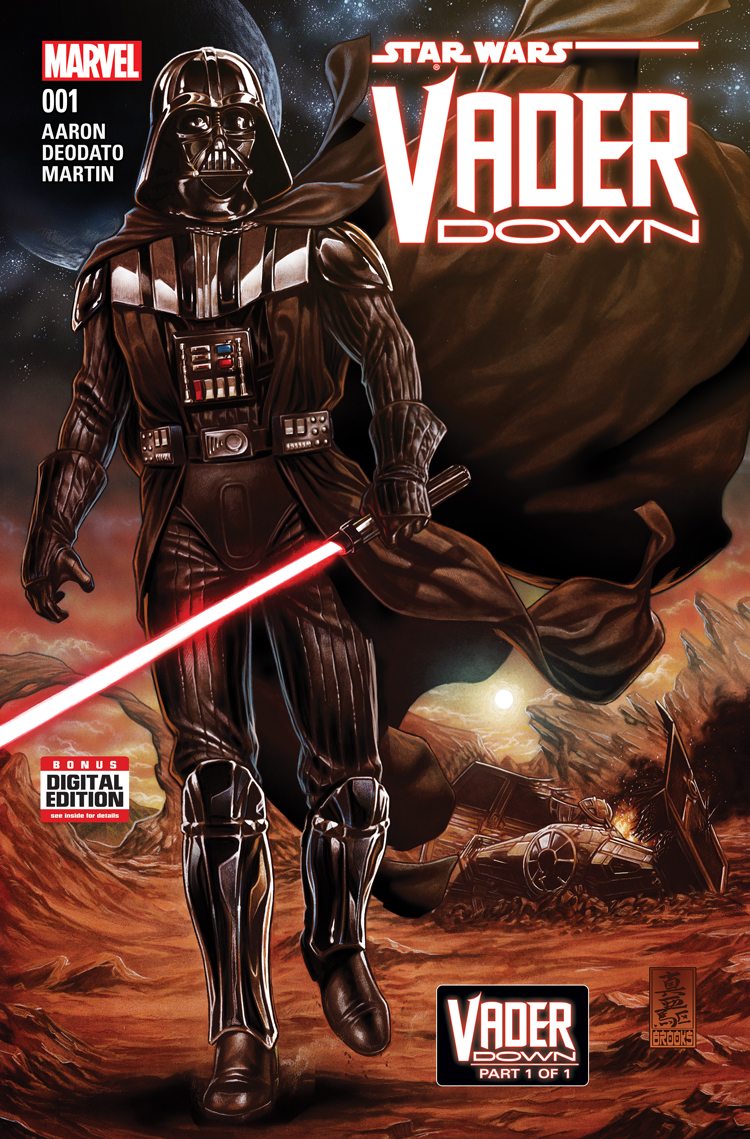 STAR WARS: VADER DOWN #1 – Your First Look at the Epic Crossover!
STAR WARS And DARTH VADER Cross Over This November!

New York, NY—October 23rd, 2015 — Two of the biggest comics in the world collide this November as STAR WARS and DARTH VADER cross over for the first time! And it all starts right here! Today, Marvel is pleased to present your first look at STAR WARS: VADER DOWN #1 – the kickoff to the blockbuster six-part crossover. Chartbusting writers Jason Aaron (Star Wars, Doctor Strange) and Kieron Gillen (Darth Vader, Young Avengers) join forces with fan-favorite artists Mike Deodato (Original Sin) and Salvador Larroca (Darth Vader) to combine both titles in the mighty Marvel manner!

Vader’s TIE Fighter has been shot down. Seeing this as their one, best chance to take him down once and for all, the Rebellion is ready to throw everything they have at him. Alone, outnumbered and outgunned, Darth Vader must now face the entire might of the Rebel Fleet. But the Rebels are about to learn the true unrestrained power of the Dark Side of the Force.

To defeat their greatest enemy, the Rebel Alliance will risk it all. Yet with it all on the line, could this risky gambit cripple their forces in the fight against the Empire? Find out at this can’t miss crossover event begins on November 18th in the oversized STAR WARS: VADER DOWN #1 and continues in the pages of STAR WARS and DARTH VADER! 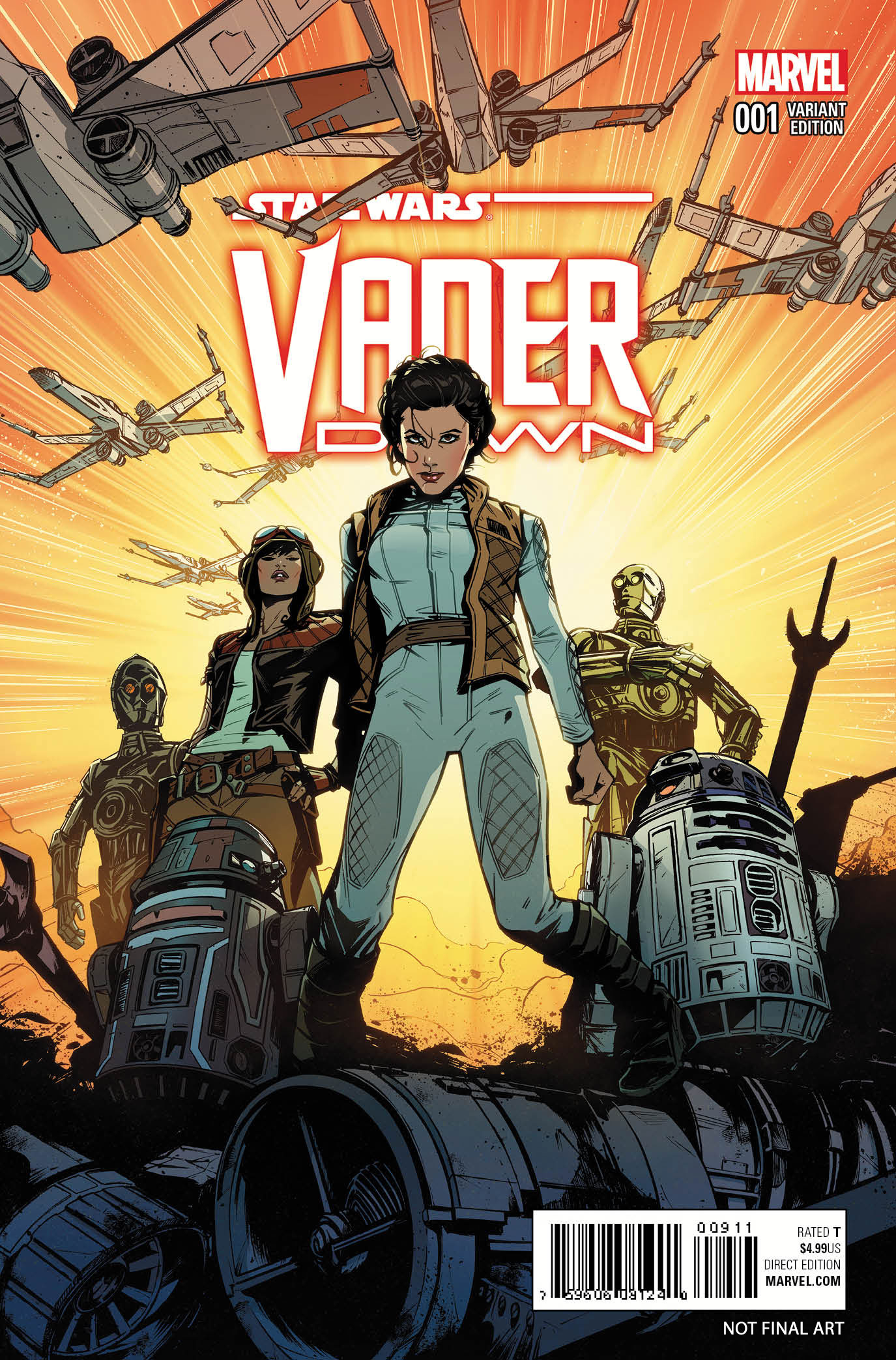 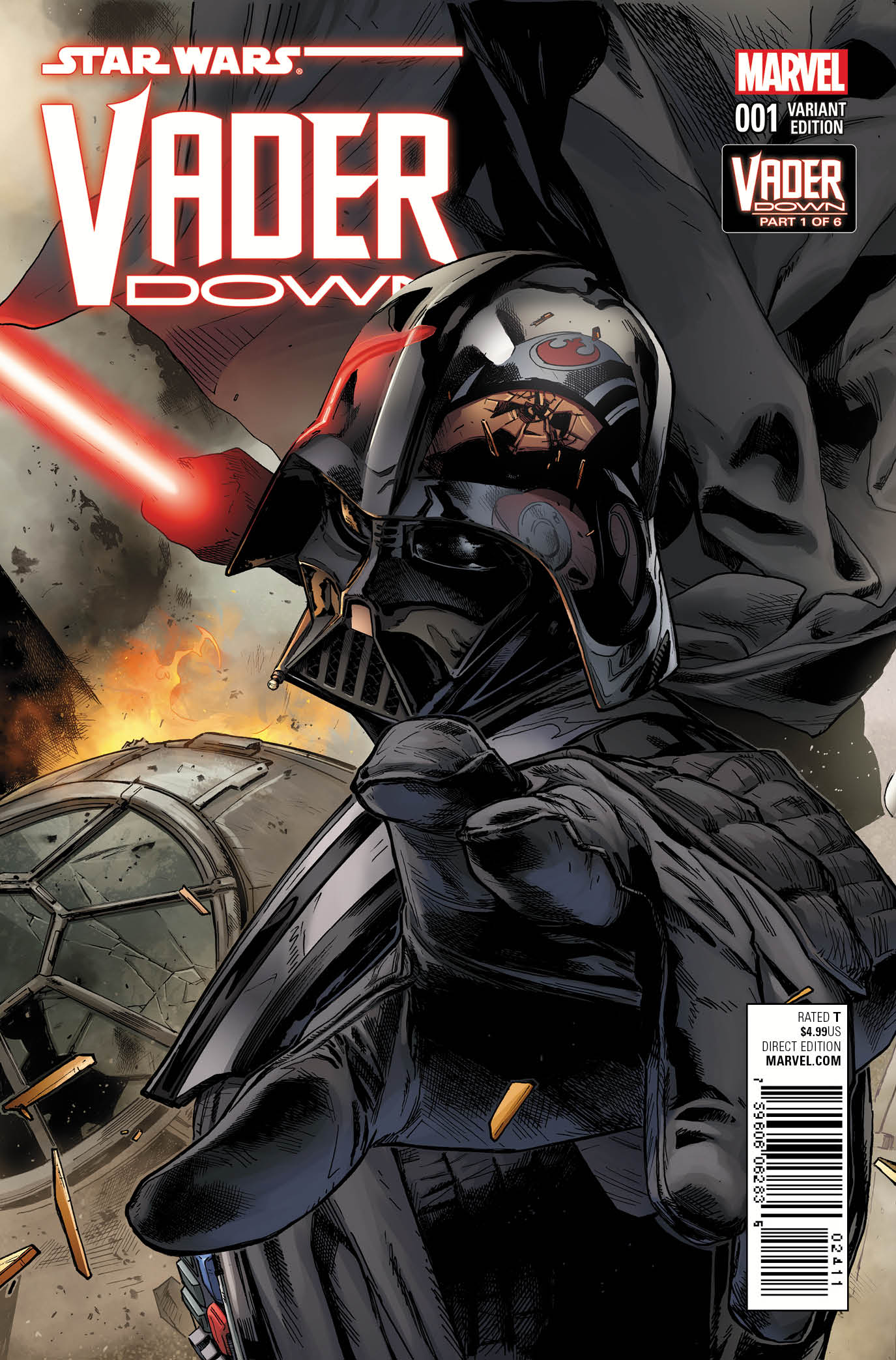 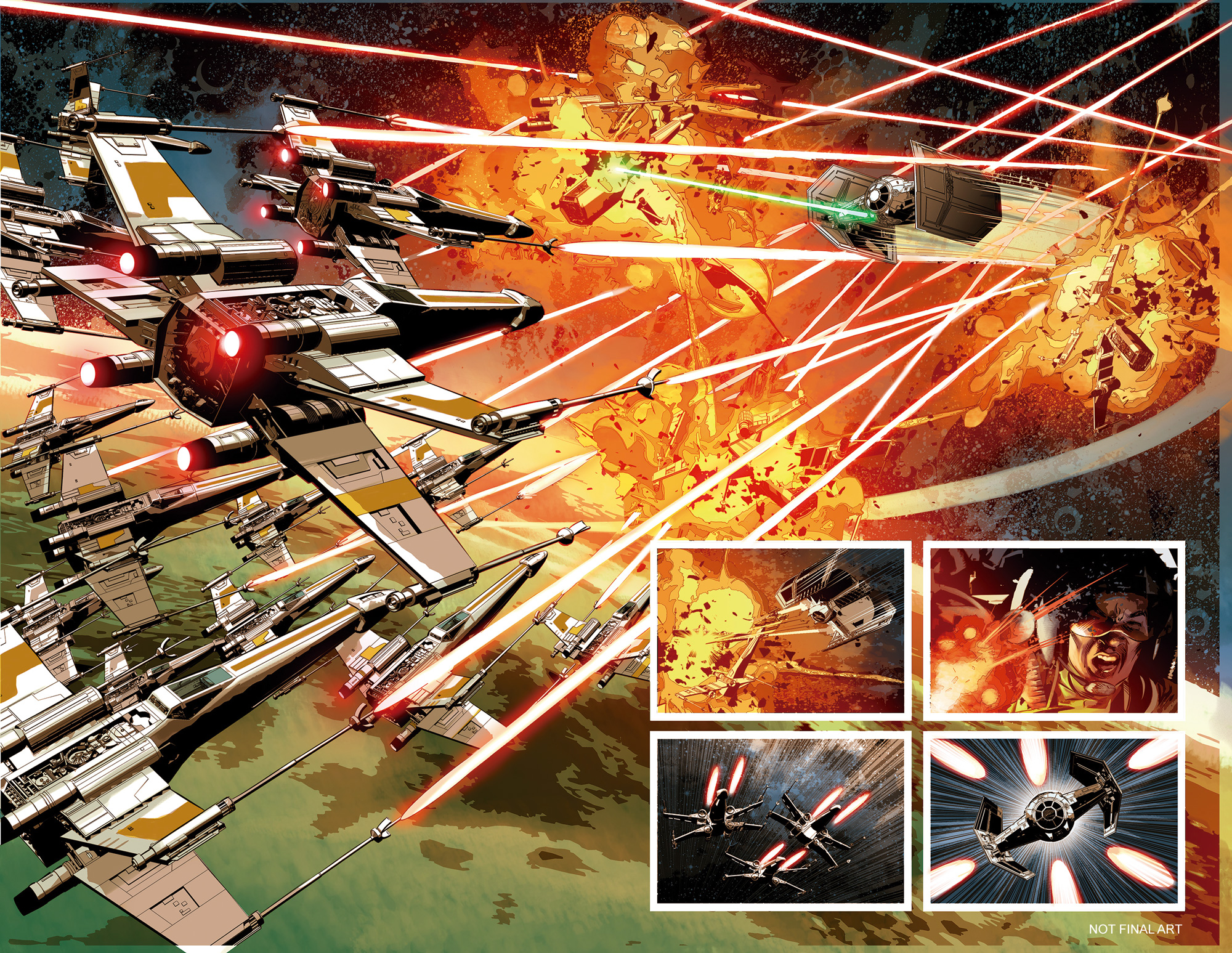 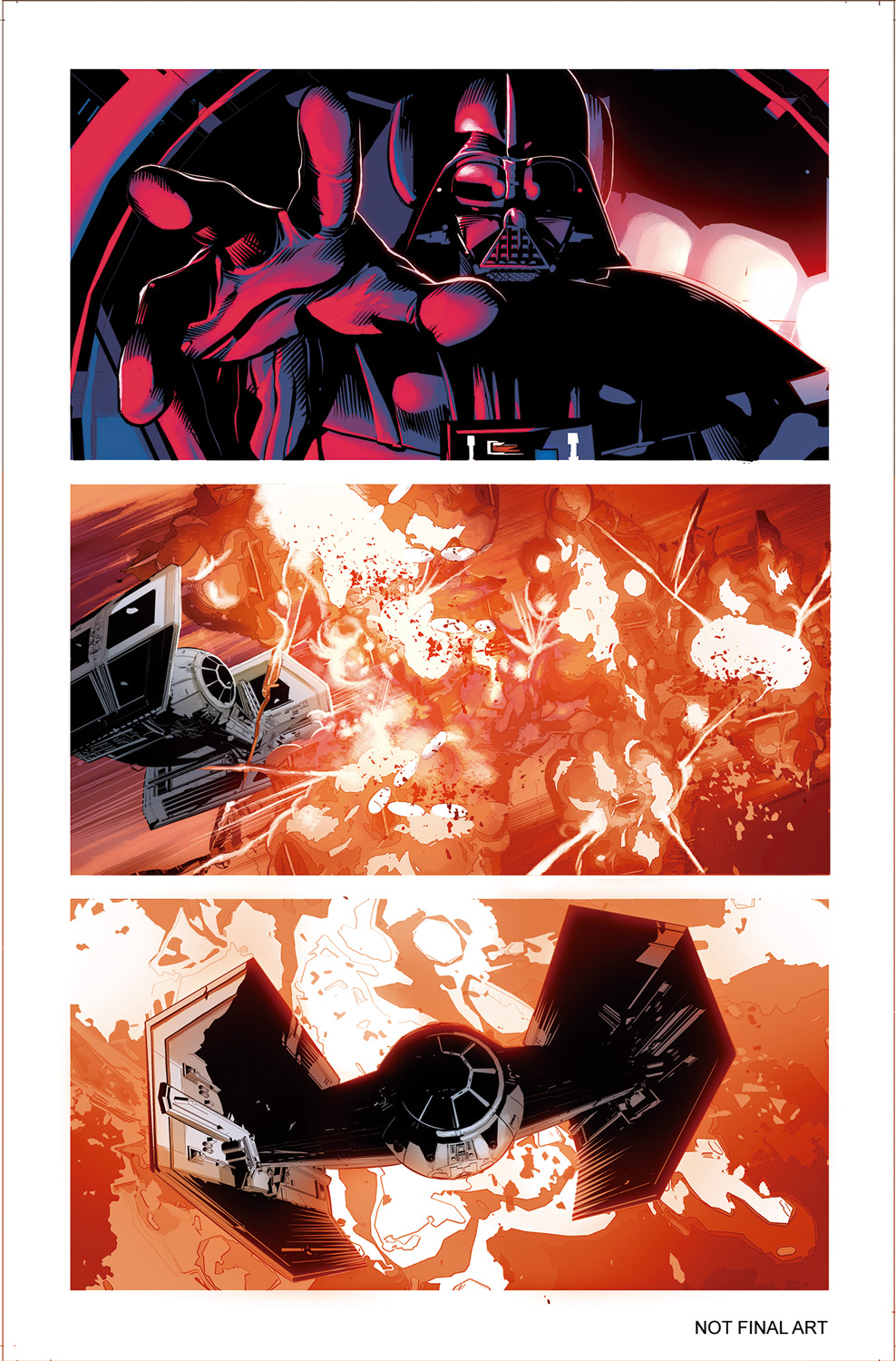 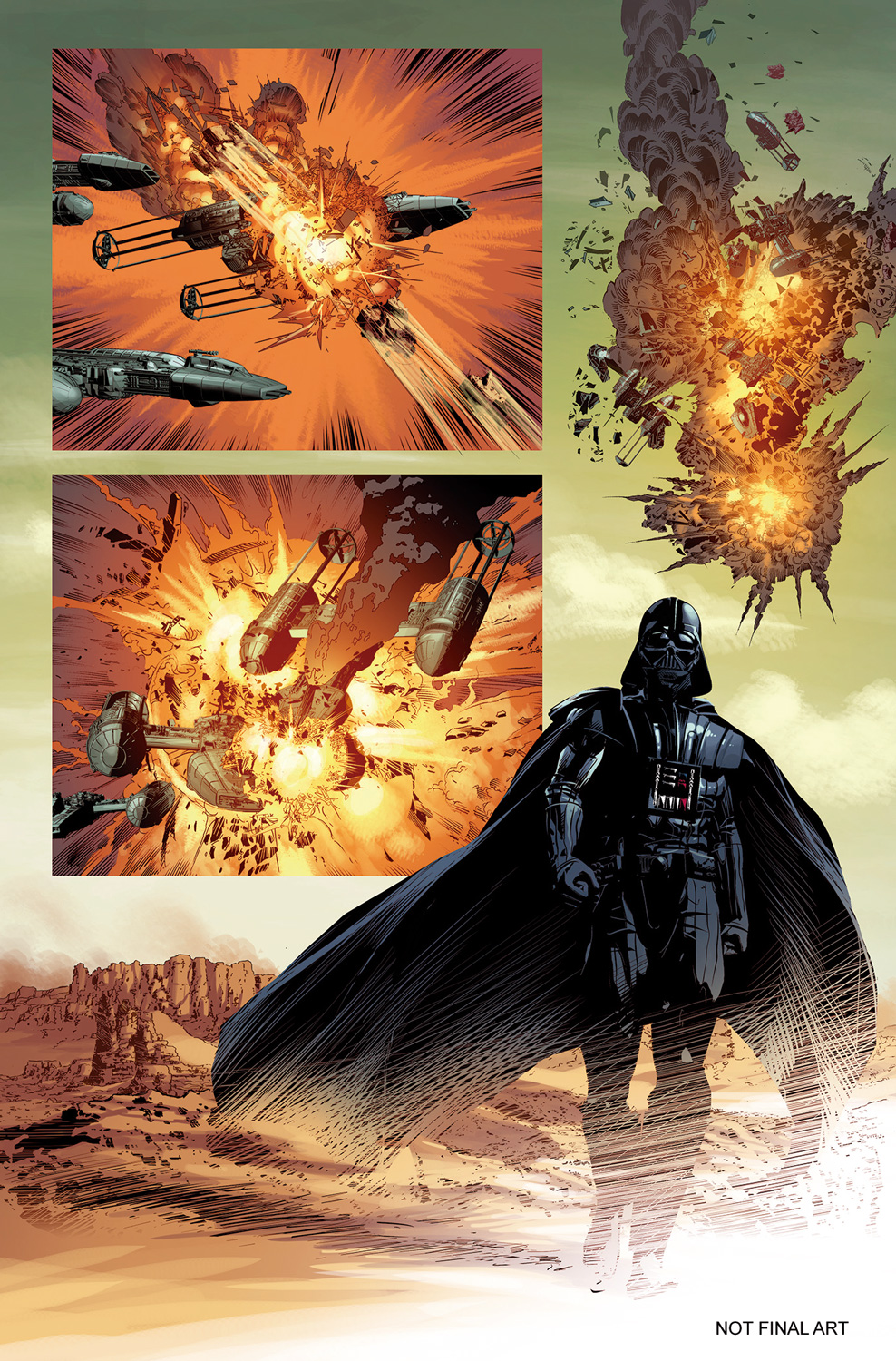 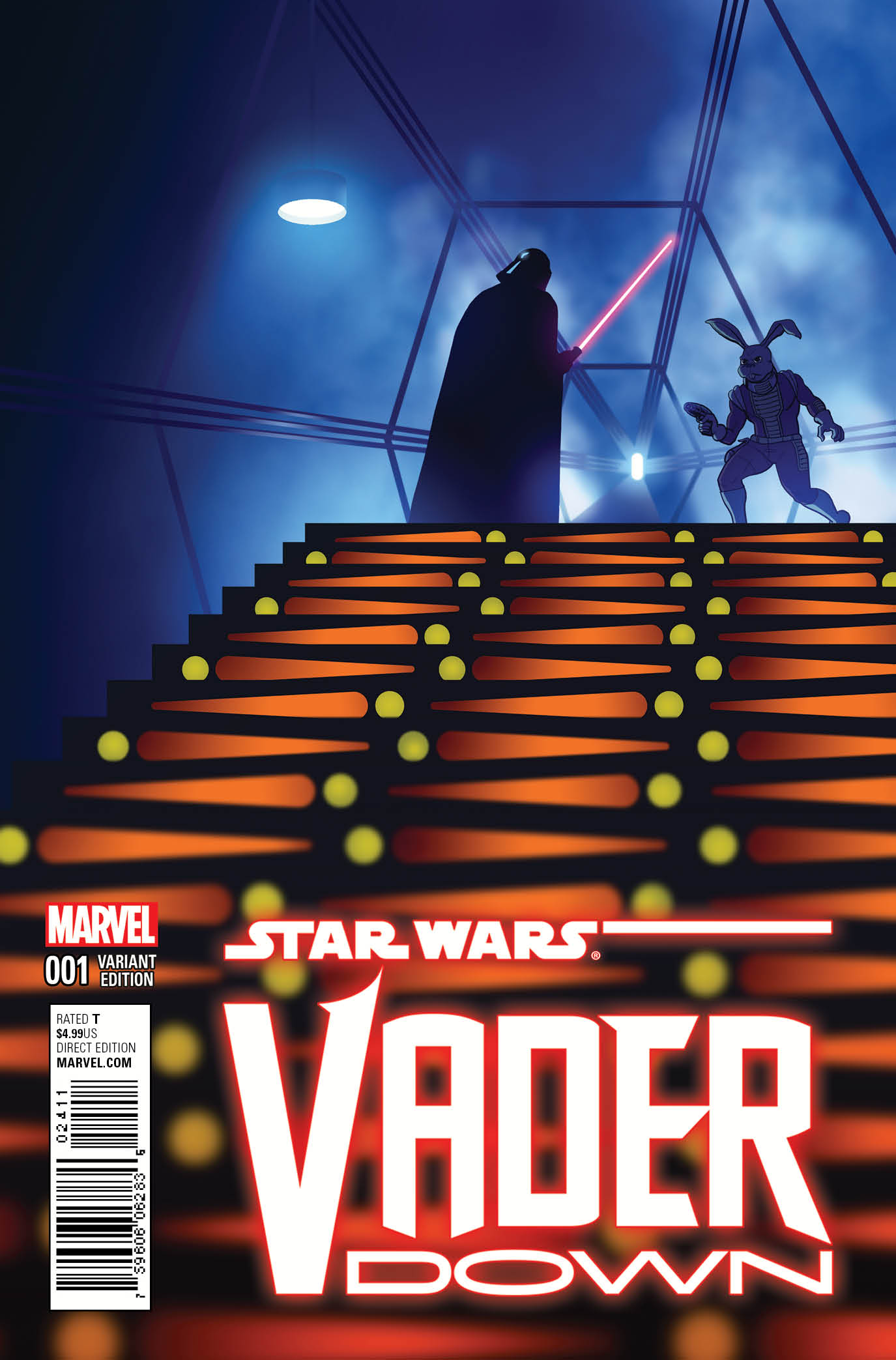