What does it mean to be human? Is it to have emotions? Is it to have a family? This November, join Marvel’s synthezoid super hero as he searches for the answers in THE VISION #1 – a brand new ongoing series from writer Tom King and artist Gabriel Hernandez Walta! Be there as the longtime Avenger embarks on his most harrowing journey yet – being a family man.

“What I find fascinating about the Vision is his desire to be human,” says writer Tom King in an interview with Marvel.com. “I wanted to push on this idea, twist it, until maybe it breaks. Maybe Vision wants to be ordinary, he wants to be human – and what’s more ordinary than family? So Vision creates a family, finds them a home and tries to live an ordinary life. But that act, creating life, leads to problems he could not possibly imagine…”

Meet his wife, Virginia. His two teen twins – Viv and Vin. They look like him. They have his powers. They share in his greatest ambition – to be normal. But they are anything but. They’re the family next door and they have the power to destroy us all. And they’re holding a secret. What could possibly go wrong?

Behold The Visions! Making their debut this November in the can’t-miss THE VISION #1! 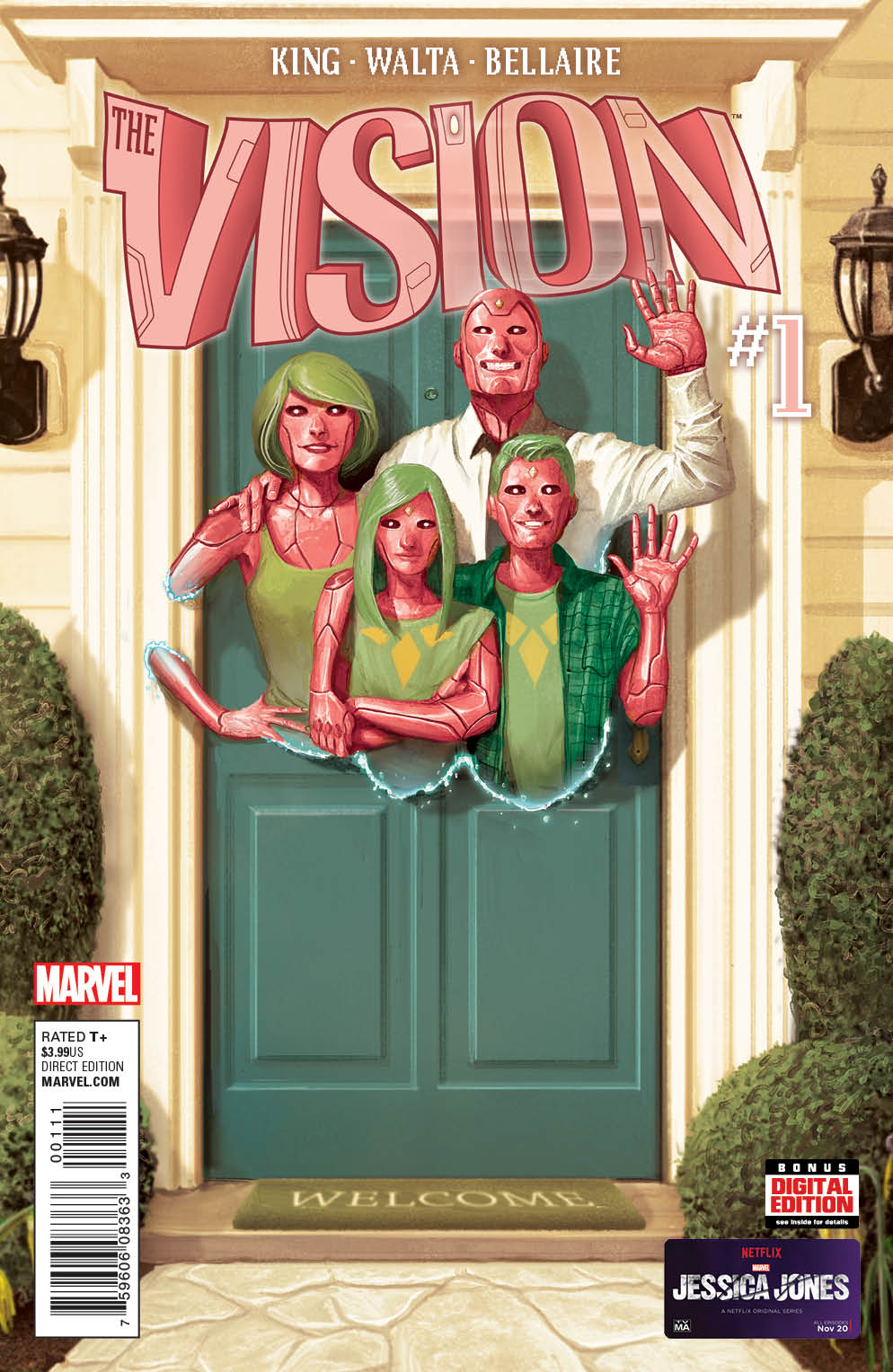 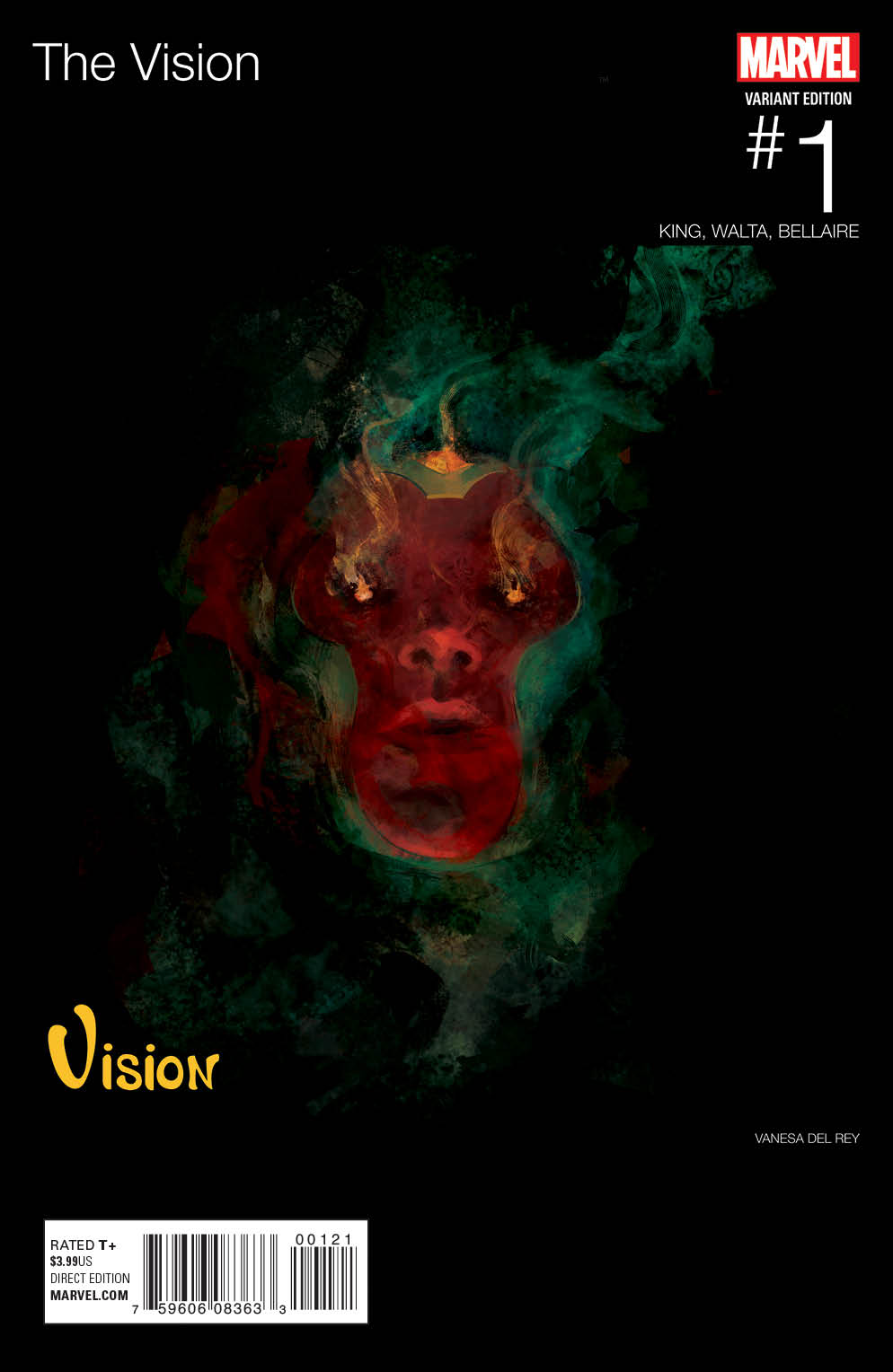 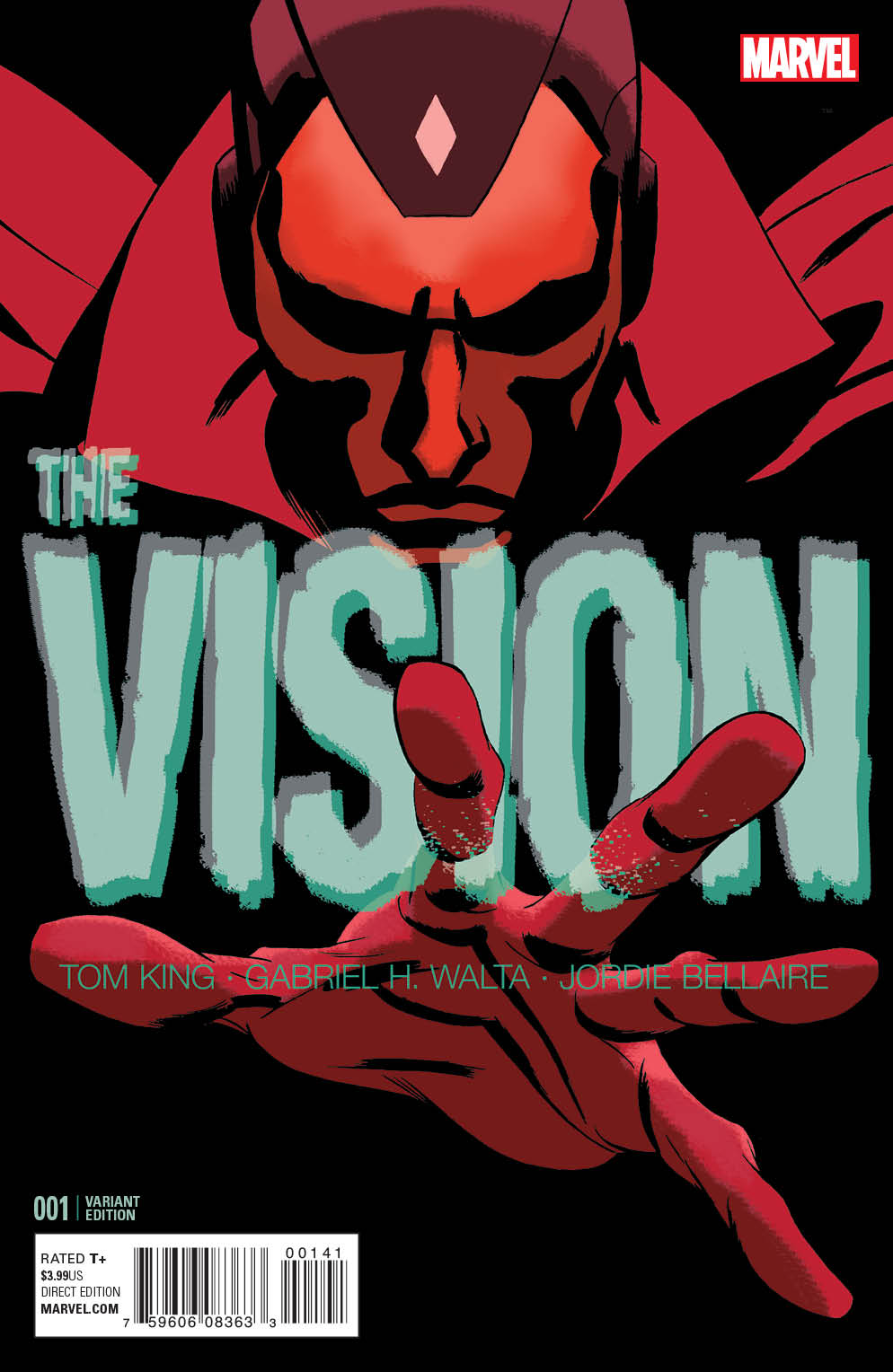 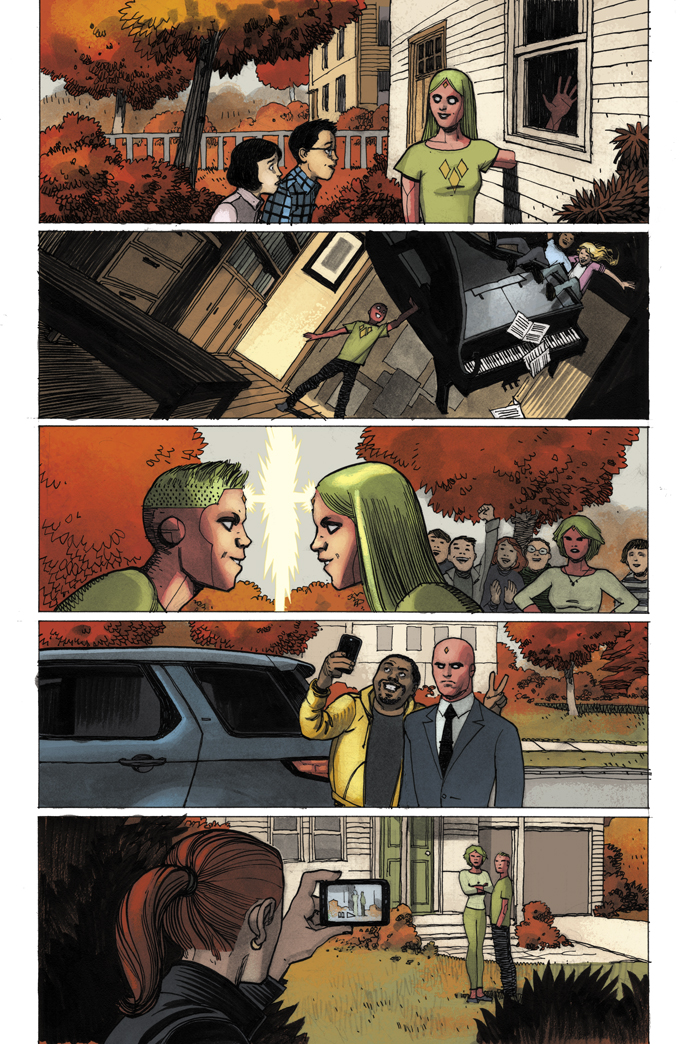 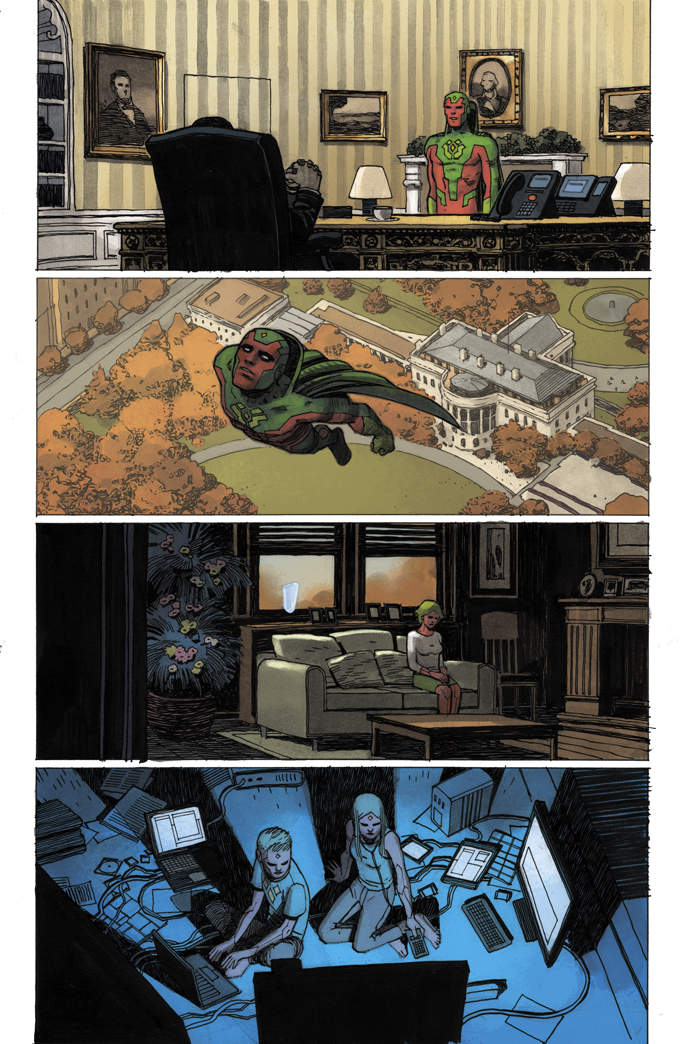 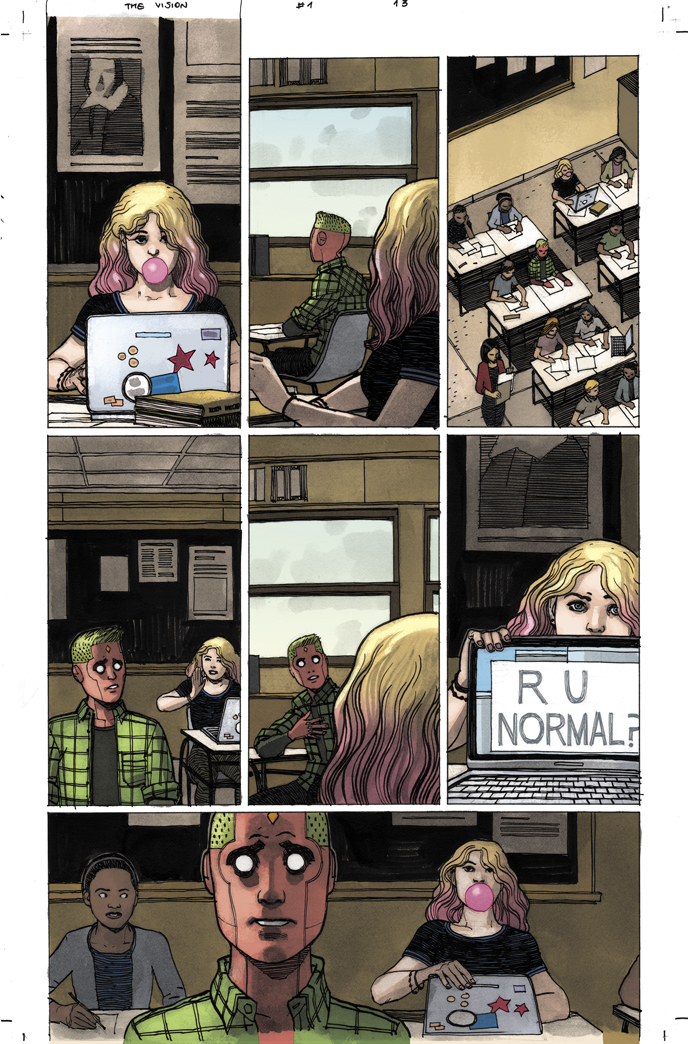 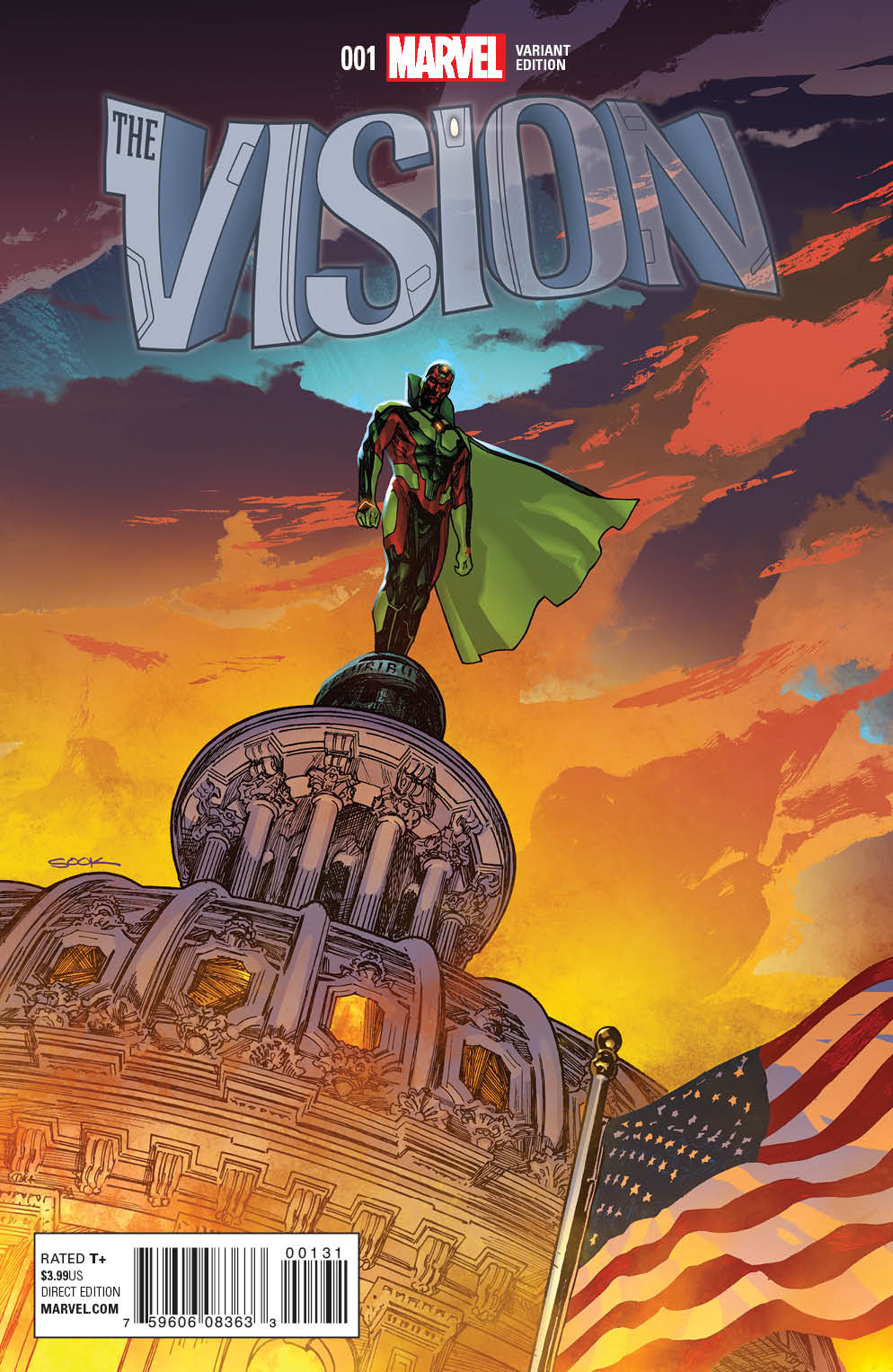