The one man war on crime is reforged, reloaded and re-energized in 2016! Frank Castle is back to terrorize the underworld of the Marvel Universe once more in THE PUNISHER #1! From rising star writer Becky Cloonan (Gotham Academy, Southern Cross) and legendary Punisher artist Steve Dillon comes a new beginning for Frank, and an ending for anyone who stands in his way.

A routine drug bust on the streets of New York City turns out to be anything but. There’s a new drug hitting the streets. One that has the ability to create unstable super soldiers. As the threads begin to pull loose, the man behind the drug’s startling connection to The Punisher is revealed: An old associate from Frank’s military days! But as he follows the trail of drugs and digs deeper and deeper into the Northeast’s heart of darkness – it’ll be a fight for sanity and survival.

“I try and look for outside inspiration in everything I do, and this Punisher series is no different,” says writer Becky Cloonan, discussing her take on the series with Marvel.com. “My goal is to present a new take on Frank Castle but still have him ring true to the character.”

Mobsters, villains and drug runners beware. Frank Castle is back…and he’s coming for you. Be there as a new war on crime is waged in the new Marvel Universe next year when Cloonan & Dillon bring you THE PUNISHER #1! 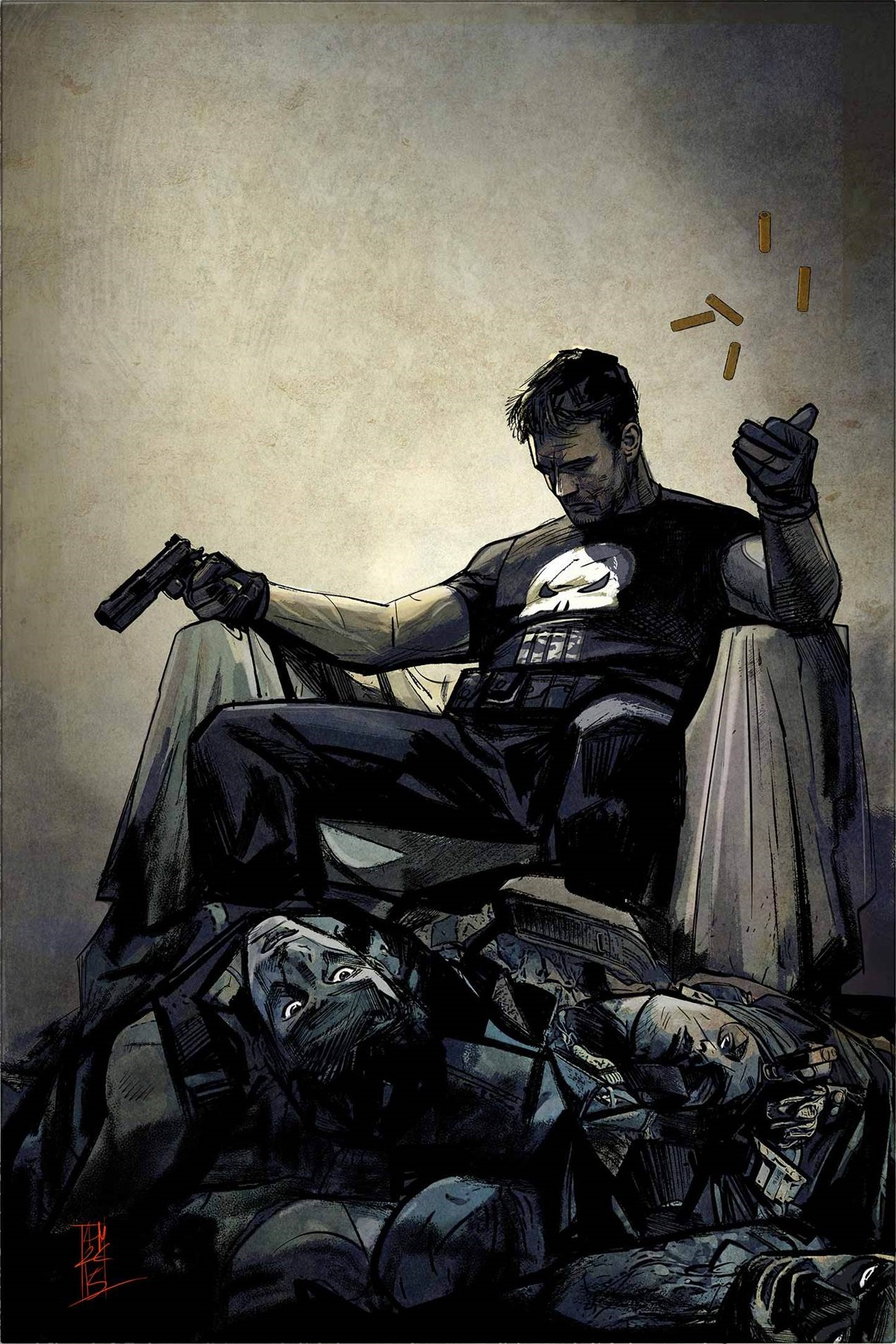