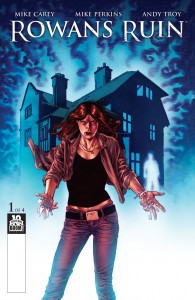 Rowans Ruin #1 (of 4)
Writer: Mike Carey
Artist: Mike Perkins
Katie has always had things pretty easy, growing up in comfortable circumstances in Florida. But when she finds herself with a long summer break before grad school, she decides to do a house-swap with a British girl, Emily, as a way to vacation relatively cheaply-and to get out from under her parents’ attentiveness. England is great, so different from Florida, and the house, called Rowans Rise, is charming. But soon she starts having nightmares-really, really, strong ones. Curious, Katie researches the owners of the house, and discovers it may have more of a sinister history than she thought…
———-

Kicking off the first issue on a four issue run, Boom! Studios and the two Mikes (Carey and Perkins) have done the very difficult… They’ve put together a story teeming with themes straight out of Gothic horror. Set against the peaceful backdrop of the English countryside, the secrets of Rowan’s Rise lurk behind every curtain, in every mirror, and behind every locked door. What American transplant Katie needs to discover is whether or not those shadows she sees from the corner of her eye are real, or if they’re simply a recurrence of the childhood “psychosis” that landed her in therapy for months on end.

I can’t imagine that producing and tale of Gothic horror would be an easy thing in the comic book medium… When we pick a title off the rack, we’re not usually thinking about chills, spooks, and goblins. With that in mind, I’d like to congratulate this creative team, the Mikes, on the fine job they did. In a visual medium devoid of creepy sound effects, with no musical score to tell us how we should be feeling at any given time (watch a movie with out a score once…), the writing and the art work come together and give us something pretty cool. It’s creepy when it should be creepy, and charming when it needs to be charming… because what horror movie starts out with scares and screams?

I think one of the best touches is the opening of the book, a flashback that gives us a taste of the scares and screams to come… dammit, I just totally contradicted myself. Whatever, the psychological “rope a dope” is a horror staple. We get a taste of tension, then we’re allowed to relax a bit, then just when we’re starting to forget that we’re even watching a horror movie we get the slow build back into the scares.

So if you have a taste for the macabre, something that isn’t all flash and gore with no substance, but allows you to ease your way into the story and invest in the outcome, give Rowans Ruin a look. And then check your windows to make sure they’re locked. Just sayin’. 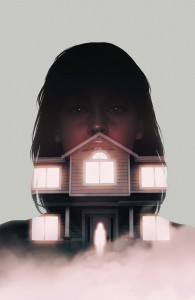 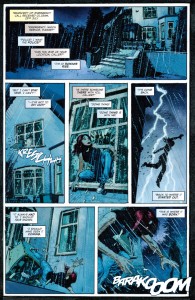 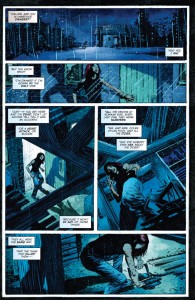 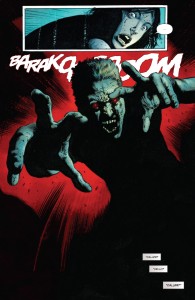