Magnetic Press is excited to announce the solicitation of ANGELARIUM: BOOK OF EMANATIONS by the celebrated, master fantasy artists, Peter Mohrbacher & Eli Minaya.

A stunning project unlike anything seen before, ANGELARIUM is a deeply mythic journey that weaves illustration, poetry, painting, and prose into a singular, mind-bending narrative that takes us through the gates of the eleven angelic emanations that embody the Tree of Life. ANGELARIUM paints a world of sheer awe, unveiling unknowable symbolic entities that point towards an ancient, immutable truth: “As above, so below.”

“The Book of Emanations is my first foray into illuminating the overarching story of Angelarium. Most of the pieces you’ve seen so far are small glimpses into the journey of Enoch. His is the story of the one person who has visited heaven without dying first. It’s based off an apocryphal Old Testament chapter called The Book of Enoch. The chronicle of his ascent will be contrasted against the fall of the Grigori, a band of angels that descend to Earth and are ultimately destroyed by their own hubris. These stories have trickled down into popular culture before, but I’m amazed they’ve never been fulfilled the way so many other mythologies have.

Angelarium is not a series of illustrations. It’s not an art book or a comic book. It’s not a series of prints or figurines. It’s a space where we can use metaphor to describe our shared experiences. This gives it the freedom to manifest in any medium and tell any number of stories.”
ANGELARIUM: BOOK OF EMANATIONS will be in stores January, 2016 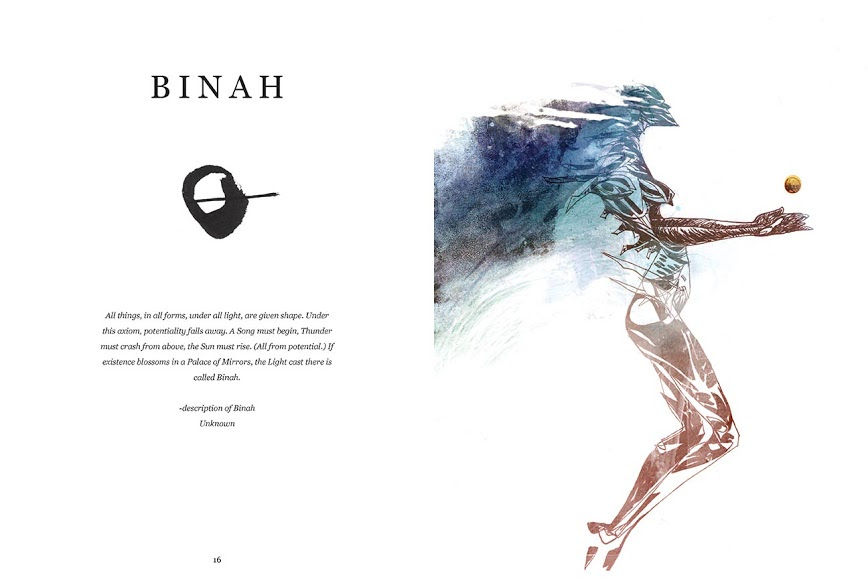 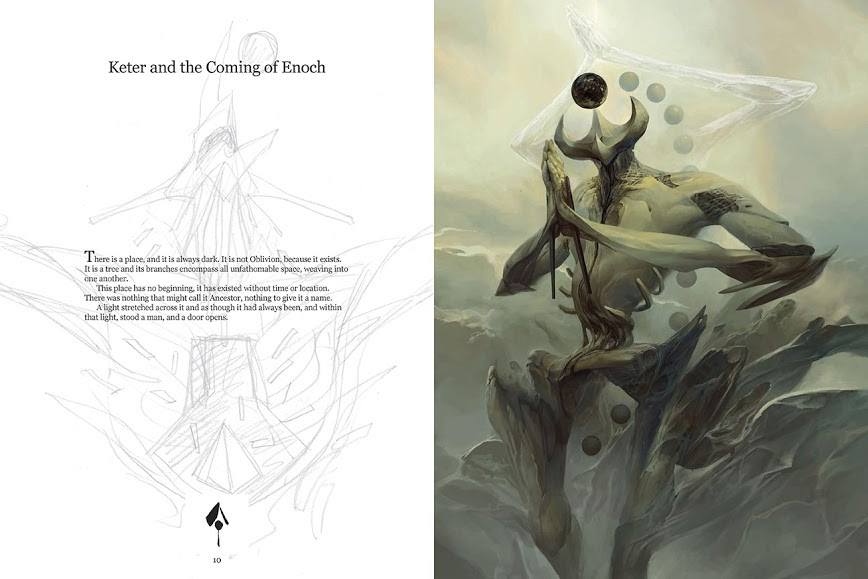 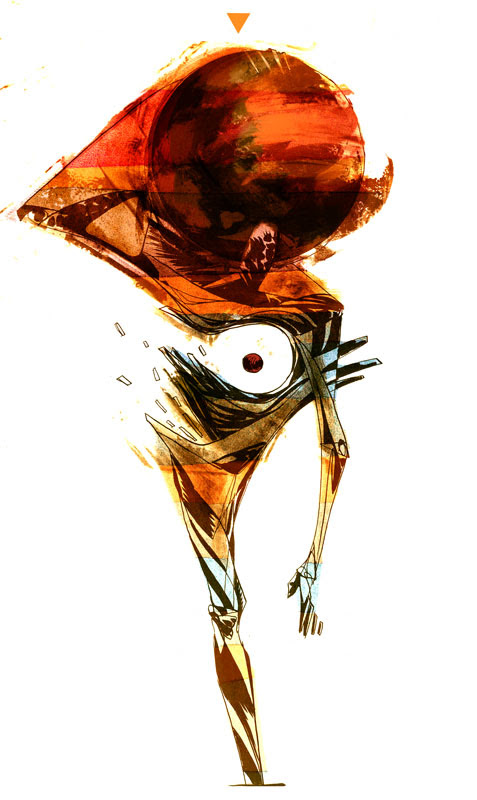 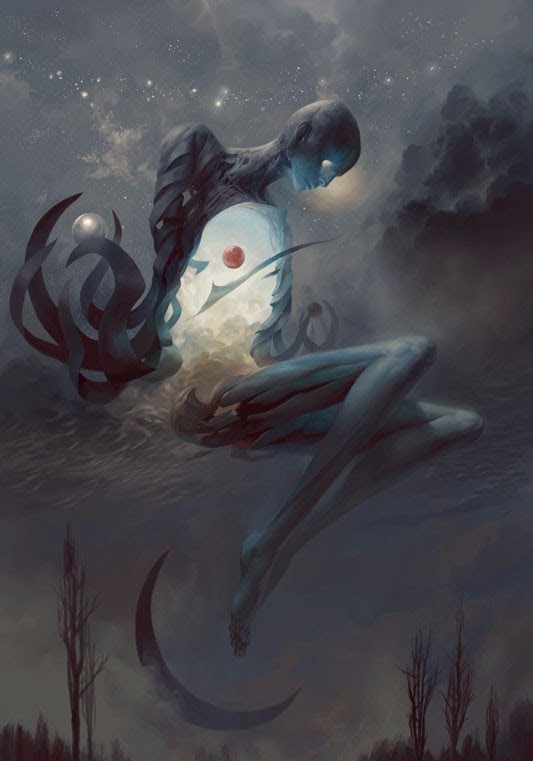 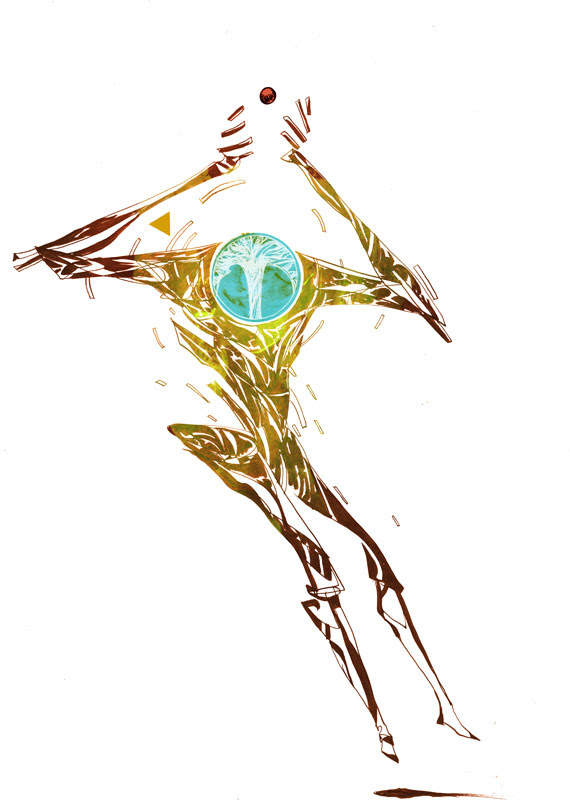 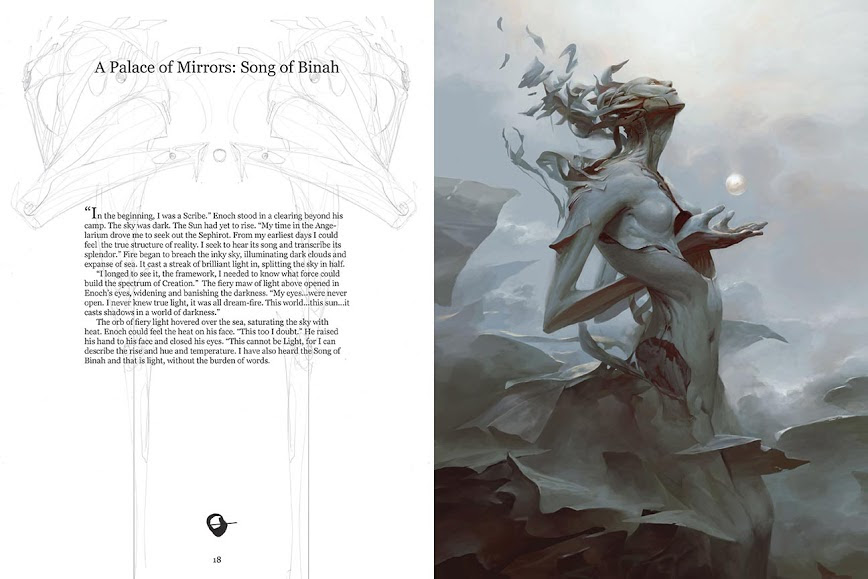