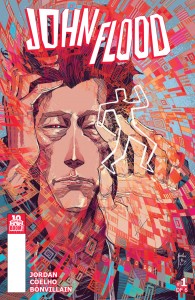 John Flood #1 (Boom! Studios)
Writer(s): Justin Jordan
Artist(s): Jorge Coelho
As the result of a government experiment, John Flood no longer needs to sleep, but now he’s in a constant dream state and sometimes can’t tell what’s real and what isn’t. But a side effect is that he sees patterns and makes connections no one else can, which serve him well in his new “career” as a make-shift PI. Together with a burly ex-cop, Flood begins to investigate when he “sees” one man responsible for thousands of unsolved murders, but now he himself has caught the killer’s attention…
———-

We all know that we need to sleep, right? Weird things start to happen in our heads when we go too long without sleep. I can personally attest to a very long night, a very long time ago, where I could have sworn I was being followed by purple pigmies (it’s a cool story… ask me about it sometime), so what might happen if the actual need for sleep was taken out of the equation? What might that sort of person be like, and how would they fill in all of that extra time they gain? Maybe they’d develop a certain manic need to to learn new things, to read everything they can get their hands on. Maybe they’d start to make strange connections in their brains, the change in their brain chemistry allowing them to make leaps of logic that would make a Sudoku expert weep. And maybe they’d be so bored by it all that they’d hire themselves out as a private detective.

That’s John Flood. He sees connections where no one else does, and as a result he’s put together a file on a serial killer that no one is the least bit aware of. The killer, himself dutiful in his actions and always careful to leave no trace, no link, no modus operandi to speak of, takes an interest in John Flood as a result. This can only end well, right?

John Flood is going to be one of those characters that you just can’t make up your mind about… Is he eccentric, or is he an ass? Is he a lunatic, or is he a genius savant? Hard to tell, but I do know that as far as central characters in a crime solving story, he’s not dull. Take the deductive qualities of Sherlock Holmes. Now, take away things like logic, common sense, and linear thinking. For flavor, add a healthy dose of Curious George… Sure, it’s an odd mix, but you wanted something a little more standard, you probably wouldn’t have gotten past the first paragraph.

Take a break from superheroes, and give something new a look… If you’ve ever had an interest in the plethora of crime dramas flooding prime time television (The Mentalist, Bones, Finder, to name a few), this series could very well be exactly what you didn’t even know you needed… 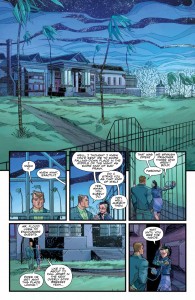 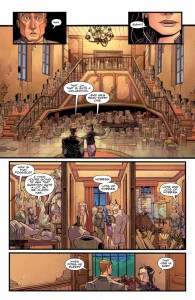 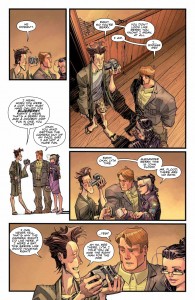 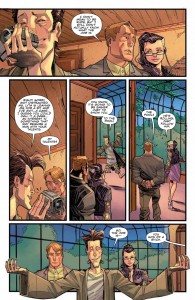 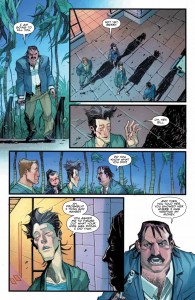 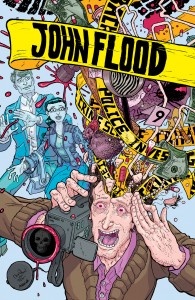