Their legend echoes through history. Ancient warriors and wielders of the legendary Ebony Blade. Champions of their own destiny. But what do you do when it’s your destiny…to be damned? Find out this November as the creative team of Frank Tieri (Wolverine) and Luca Pizzari (Red Skull) bring you BLACK KNIGHT #1 – a brand-new ongoing series launching as part of All-New, All-Different Marvel!

Forged by ancient magic, long has the Ebony Blade granted its user the powers of the Black Knight, passed down through the centuries. But all power comes with a price, as each and every Black Knight has met an untimely end – a victim of the blade’s curse. Will Dane Whitman’s fate be the same? The long-time Avenger’s addiction to the blade grows stronger and stronger every day. Will he succumb to its power and suffer the same end?

A lost man himself, Dane now finds himself in Weirdworld, the place where all lost things go. What are the circumstances that brought him to this strange place, so far from the world he called home? And what could he possibly have done that would cause the Uncanny Avengers to mobilize against him, a man they called friend?

See the Marvel Universe from a whole new angle this November as Tieri and Pizzari take Dane Whitman to the depths of Weirdworld and beyond in BLACK KNIGHT #1! 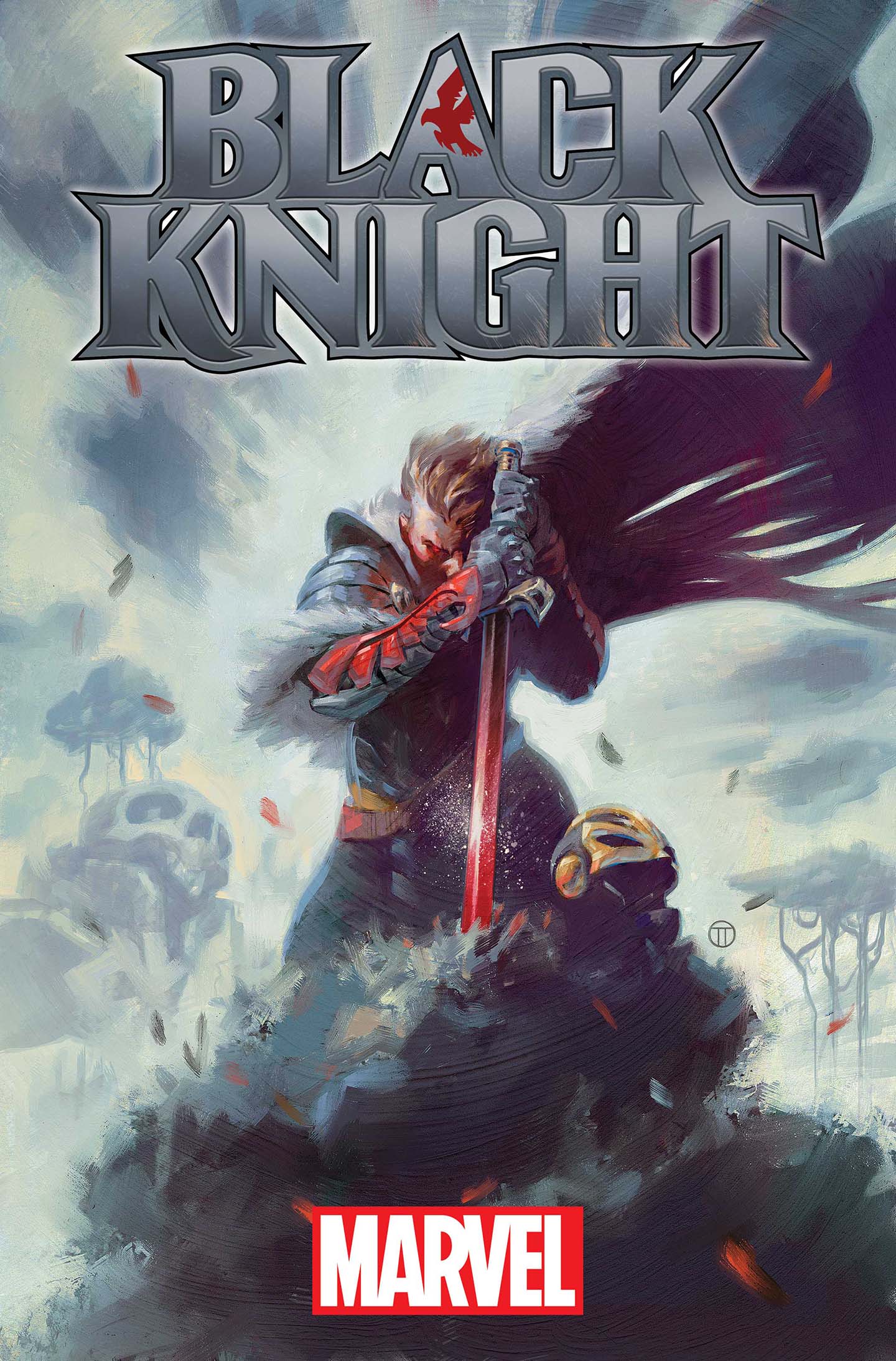 All-New, All-Different Marvel kicks off in full force this fall, and Marvel is making sure all comic book stores worldwide are armed and ready for the new flagship Marvel title as INVINCIBLE IRON MAN #1 explodes into comic shops on October 7th! You won’t want to miss comic superstar Brian Michael Bendis and red-hot artist David Marquez’s opening salvo in their explosive new ongoing series. And Marvel is ready to make the launch one to remember. In addition to being first in line to purchase INVINCIBLE IRON MAN #1, fans will also be able to receive special items at participating retail stores, including the first piece of the exclusive BUILD YOUR OWN IRON MAN promotional item!

Launching alongside INVINICIBLE IRON MAN #1, the first piece of the BUILD YOUR OWN IRON MAN promotional item will allow fans to assemble their very own Iron Man armor. Based on artist David Marquez’s new armor design, collect all six pieces, launching alongside Invincible Iron Man and five other October Marvel titles, fold and compile your very own Iron Man standing nearly a foot tall!

To ensure these parties are a massive sales success, each retailer opting into the event will receive exclusive INVINCIBLE IRON MAN Party promotional materials. Check your Marvel Mailer for more information on how to opt-in by 8/10 to ensure your store has these items.

“Make no mistake, INVINCIBLE IRON MAN is the flagship title for the new Marvel Universe,” says David Gabriel, Marvel SVP, Sales & Marketing. “Brian and David are exploding out of Secret Wars with an exciting new beginning for the most recognizable super hero on the planet. This one is going to be BIG and we’re backing our retail partners with access to all kinds of promotional materials, exclusive variants, cake toppers and more – everything they need to entice customers to suit up with Tony Stark!”

All qualifying retailers who opt in will receive the following as part of the INVINCIBLE IRON MAN launch:

But that’s not all! Retailers who qualify will also be eligible to order the INVINICIBLE IRON MAN #1 Deadpool Party Variant. Everyone loves Tony’s new armor – even the Merc With a Mouth! From rising star Yasmine Putri, fans won’t want to miss this exciting variant only available at the upcoming launch parties.

Strap in and suit up! Prepare for the marquee comic launch of the fall as Brian Michael Bendis and David Marquez armor up and bring you a new Iron Man for a new Marvel Universe. Don’t miss the blockbuster  INVINCIBLE IRON MAN #1 – on-sale October 7th !

For more on Marvel’s Invincible Iron Man, please visit www.marvel.com. Join the conversation on Twitter with don’t forget to follow us at @Marvel [www.twitter.com/Marvel]! 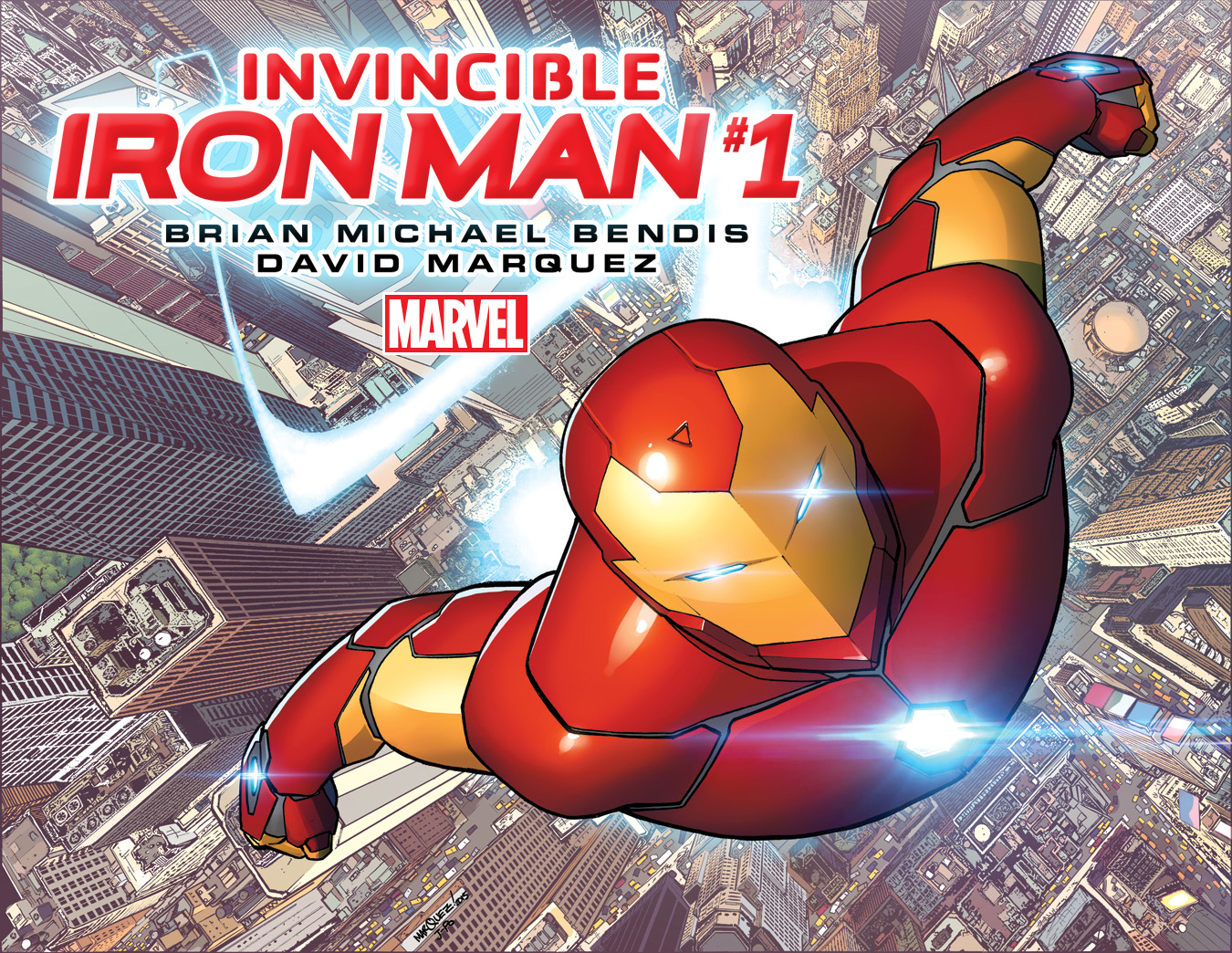 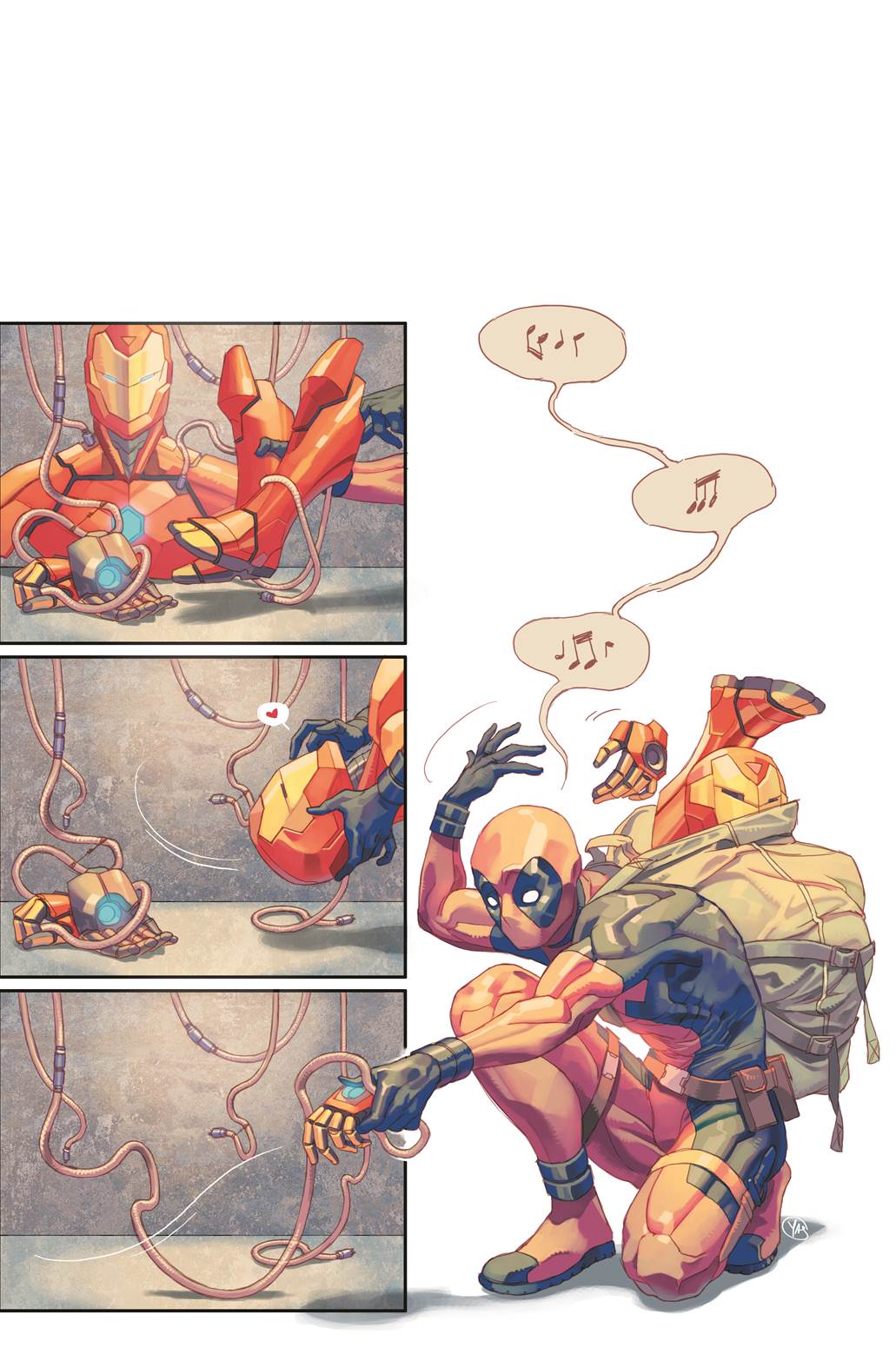 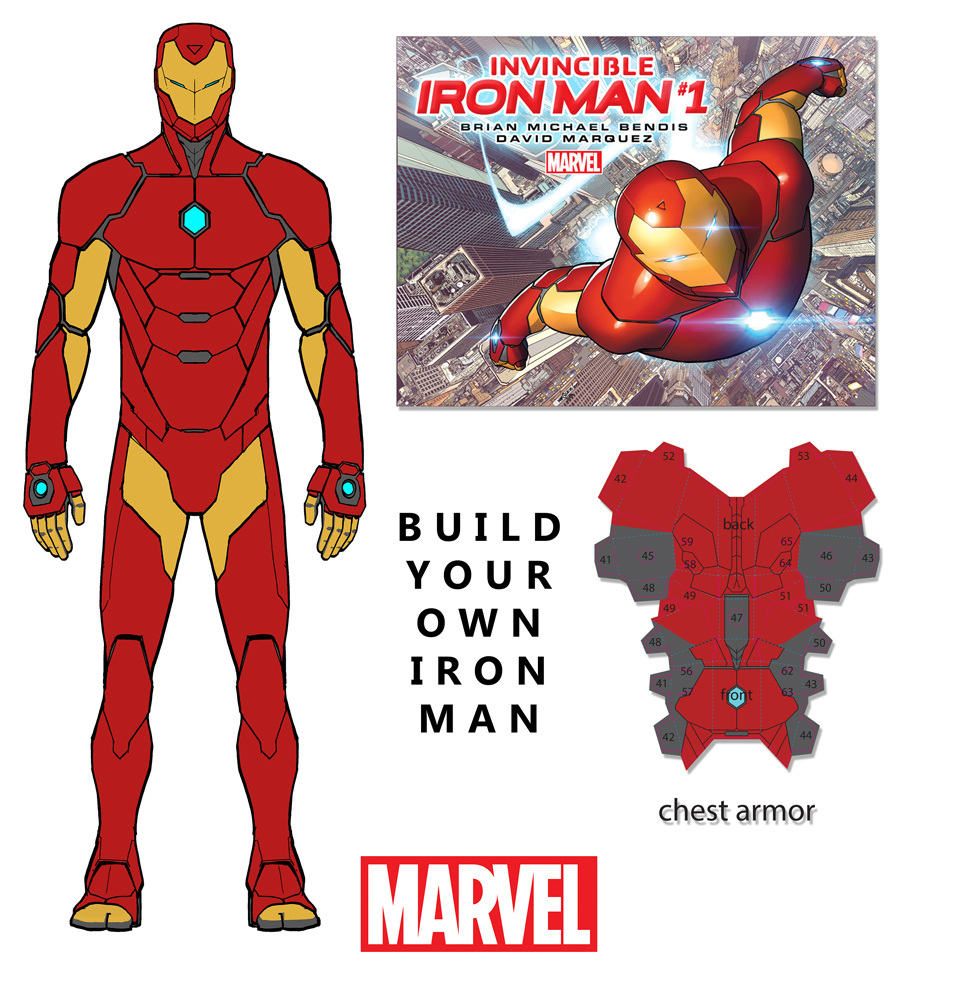