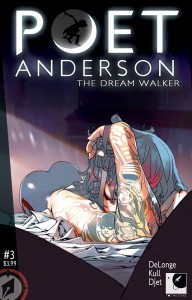 Poet Anderson: The Dreamwalker #3 (Magnetic Press)
In the Dream World, power and adventure belong to the Lucid Dreamers, while Night Terrors haunt the troubled and the helpless. A lucky few are watched over by mysterious guardians. The protectors of our shared unconscious lives are known as… Dream Walkers.

Brothers Alan and Jonas Anderson are a rare breed… Able to consciously control their dreaming selves, they experience the shared dream world as lucid dreamers… Dreamwalkers. They are also, most recently, orphans. Their parents, killed in an airplane tragedy, had secrets of which the brothers had no idea, and left them with a legacy beyond anything they could have imagined.

In the dreaming, an evil overlord named REM is gathering his forces. Throughout history, REM has used the stolen energy of captured Dreamwalkers to give himself short stints outside of the dreaming, in out world… the waking. His plan is improve on his short jaunts, to bring both himself and his armies over into the waking world, and to bring the nightmares that give him his power to new heights as he terrorizes the unsuspecting populace. To do this, he needs the younger Anderson brother, Jonas.

Jonas isn’t just a Dreamwalker… His lucid dreaming doesn’t just stop at being able to maintain awareness and direct his dreams. Jonas’s power can go much deeper, with the right motivation, and allow him to move physically and at will between the waking and the dreaming. He’s a Poet, or he will be once Lord REM gives him the incentives he needs to harness his powers.

Once in a while, art and storytelling come together in a near perfect union. This is one of those times. Poet Anderson doesn’t suffer in either the artistic or the substance department, and really is storytelling at its best. The concepts are reminiscent of The Matrix… the first movie that should have been left alone, not the second and third overly conceptualized and stylized second and third movies of which we do not speak. Poet Anderson and his creative team represent outstanding examples of possibilities left unexplored, and legends yet to be discovered. Come on in, get comfy, and let your eyelids droop… Who knows, you might just find yourself in the middle of the story. Maybe you’re a Dreamwalker… 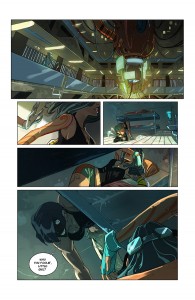 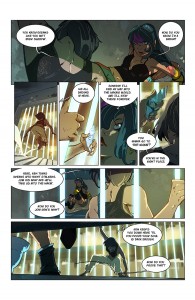 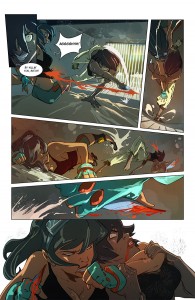