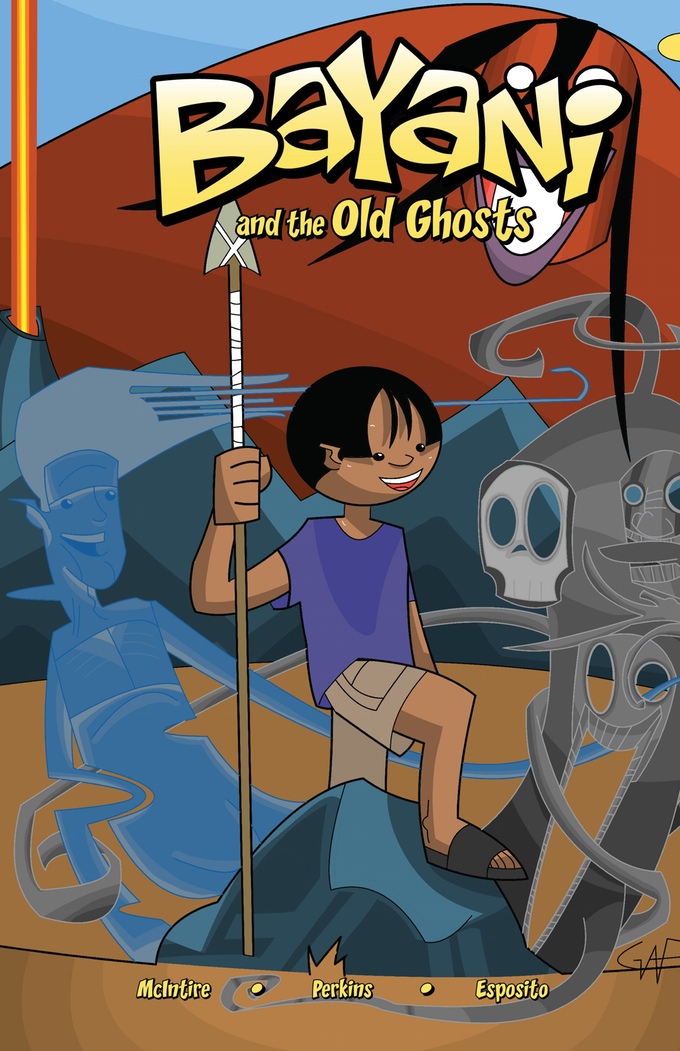 Bayani and The Nine Daughters of The Moon from Caliber Comics

Caliber Comics has announced a brand new creator-owned comic book series, Bayani and The Nine Daughters of The Moon, with the first volume scheduled to be released in September of 2015.

A thirty-day Kickstarter campaign has been launched July 16th by creator Travis McIntire to raisefunds for the production of the first three individual issues that will encompass volume 1.

Bayani and The Nine Daughters of The Moon is an 11-issue story carefully and meticulously crafted by writer Travis McIntire. Thematically, McIntire describes it as an old fashioned monster-hunter tale, only in this story, the kids are up against the scariest creatures lurking in the folklore of the aboriginal people of the Phillipines.

The story follows Bayani, a boy of 11, who is desperately trying to care for his sick father (a fisherman) and keep food on the table for his small family. Unfortunately, the sun has been shining down on the islands for the last month and night refuses to fall. The land is growing parched from the constant heat and the fish are moving further and further away from shore. During this disaster the rain god, Pati’, recruits Bayani to undertake a quest that will require rescuing the nine daughters of Lady Moon from the horrible monsters of lore. Bayani embarks on a great adventure with his friend, Tala, and using their wits, the kids defeat one hideous creature after another in their quest to rescue each of the Moon’s daughters..

The comic series is penciled, inked and colored by Grant Perkins (Image, Dreamworks, 2000AD, lettered by Taylor Esposito (DC). Graphic design work for the series is being handled by Rich Bloom, known for his work on C.O.W.L. (Image).

“Everytime I read a new script, it’s like watching an episode of my favorite cartoon in my head” says Perkins.  “It feels a bit like a Pixar film as directed by Spielberg!”

necessary to produce the first three issues.  After that, Caliber will be releasing the collected volumes through all the normal distribution channels and hopefully it does well enough that we’ll be off to the races!” says McIntire. “People will like this comic I think.  It’s different.  Different stories, different monsters than we’re used to.  Different kind of characters carrying the story.  I’m excited to get it in their hands.”

Caliber Comics is an indie publisher in Detroit, whose goal is to bring quality

new creator-owned content to readers in the form of books, graphic novels, and comics;

and to raise recognition of lesser-known talent. They are best known for their titles in the

horror and pulp genres, including Deadworld by Gary Reed. Check out the Kickstarter campaign here: