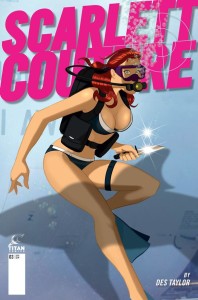 High-octane action meets high-fashion drama in the third installment of Scarlett Couture’s Project Stardust. Scarlett swaps her skintight stealth suit for a skintight gown as she and Trent infiltrate an exclusive party on the hunt for the missing link in their investigation. Luckily, the team from Chase Couture are always available to provide the very best of distractions…
———-

In a world of espionage, crime lords, and corrupt governments, the team of Chase Couture is on the job, led by Scarlett Couture herself. She’s beauty, brains, and brawn, all rolled up in one very well-drawn package. This would be the woman that the Black Widow would go to if she had a problem.

I’ve been following Des Taylor for a while now, mostly through social media. When I found out that he was putting together his own original comic series, I thought that was pretty cool. Keeping in mind that this is number three in that series, I’ll confess that the first issue didn’t grab hold. That said, I wanted to take another look because I thought there was still more going for it, and hoped that it would progress. It has.

I’m not going to lay the praise for Des Taylor’s art on too thick. Anyone with eyes can see that the guy has talent. His style has a great retro animation look to it, and he uses some pretty cool effects to give his work a cinematic feel… I get a kick out of the way he blurs the background just a bit, giving it an “out of focus” look. The action scenes are sharp and laid out in a way that make them easy to follow, with plenty of detail to satisfy anyone. And that’s all for the art.

What I really want to pay attention to, and give some kudos to, is the progression in the writing just from issue 1 to issue 3. Initially, I thought the pace of the story got bogged down a bit when Scarlett Couture, the main POV character whose narrative we’re following, would break into an explanation. It was just a little too much of “say it”, and it took away from Taylor’s ability to “show it”. In this issue, that doesn’t seem to be the case. The explanation is still there, but it’s more subtle, worked into the dialogue or narrative in a way that comes across as more natural. That’s a big leap in writing over just two issues, and it shows a lot of promise for Taylor’s future if he decides to carry on this series past the current story arc.

The long and short of it is that if you enjoy face-paced action, with smartitude and not a damsel in distress to be found, you could do a whole lot worse than to take a look at Des Taylor’s Scarlett Couture. If you just wanna look at the pretty picture, there’s a place for you here too… Climb aboard. 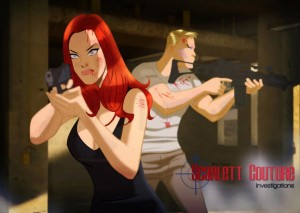 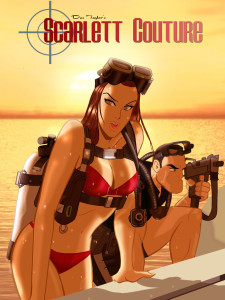 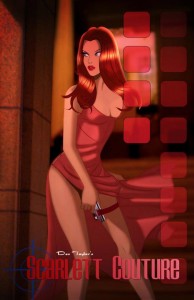 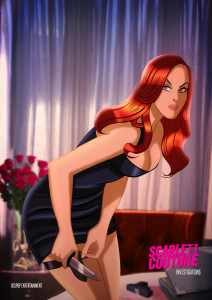