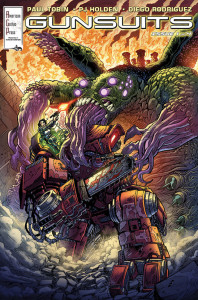 Gunsuits #1 (American Gothic, LLC)
Paul Tobin (writer)
P.J. Holden (artist)
Potts is a gunsuit pilot engaged in all-out war with horrific tentacled creatures who appear to be from another planet… except in the world of GUNSUITS, where wormholes lead to an infinite number of alternate universes, nothing is that simple. Potts is about to come face to face with herself. Written by Sci-Fi mastermind Paul Tobin (PROMETHEUS) and illustrated by PJ Holden (NUMBERCRUNCHER)! Adapted from the short story WORMHOLE.

Fans of movies like Pacific Rim (are there any movies like Pacific Rim?), and mech lovers in general, should be able to find something to love about this book. Mech pilot Potts is fighting for survival as she and her team search for a winning strategy against hordes of invading monsters. This fight isn’t just for the survival of this world, as the war covers all worlds across all dimensions.

Fans of string theory and the idea of the multiverse should get a kick out this. The invading monsters are using wormholes, opened by us (cuz we don’t stop to think before we do things like open up wormholes…), to surge across every dimensional world, with total conquest as their goal. Potts and her team are holed up in their bunker, using that same wormhole technology to scan across the dimensions looking for some version of Potts who’s managed to score a win against the beasts. Finally, after scanning 37,874 realities without a win, the dying ember of hope is rekindled. They’ve found a winner! With everything on the line, Potts suits up one more time and crosses the barrier to meet up with this Alpha Dog version of herself, hoping to put together a bastion from which humanity might be able to push forward.

This comes to us from an apparently small publisher, American Gothic LLC, as I can’t find much information on them other than this book published and distributed through ComiXology. For such a small publisher, the writing is surprisingly sharp and the dialogue realistic. This one deserves a look. 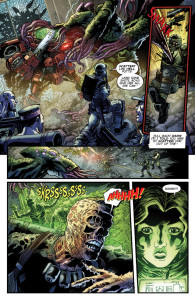 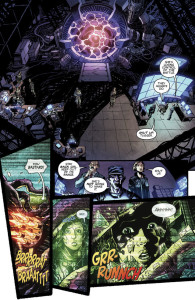 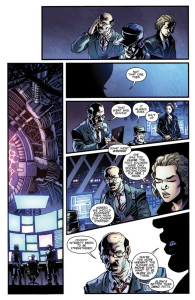