BOOM! Box, an imprint of award-winning publisher BOOM! Studios, is thrilled to announce that Giant Days, the comedic slice-of-life series from creator John Allison (Bad Machinery, Scary Go Round) and artist Lissa Treiman, has graduated from a six-issue miniseries to a 12-issue maxiseries due to popular demand.

In celebration, BOOM! Box will be re-releasing the first two sold-out issues in the special oversized issue Giant Days: Orientation Edition, set at the single-issue price point of $3.99, in order to introduce many new readers to Susan, Esther, and Daisy.

“Giant Days has been everything we hoped it would be and more,” said BOOM! Studios Editor-in-Chief Matt Gagnon. “It’s hard to find characters more enjoyable and hilarious than Esther, Daisy, and Susan. This Orientation Edition is the perfect way for new readers to catch up and discover the awesome comics that John and Lissa are serving up every month.”

Susan, Esther, and Daisy started at university three weeks ago and became fast friends. Away from home for the first time, all three want to reinvent themselves. But in the face of hand-wringing boys, “personal experimentation,” influenza, mystery-mold, nu-chauvinism, and the willful, unwanted intrusion of “academia,” they may be lucky just to make it to spring alive.

“Allison has been compared to Joss Whedon and, for once, the comparison is warranted.” – CBR

“…Allison writes three characters who intrigue us with their eccentricities and their realistic friendship dynamics.” – Newsarama

“…Giant Days is a smart, sassy, and confident debut that shouldn’t be missed.” – Multiversity

“Overall, this issue is a magnificent start to what might be one of my favorite books this year. I’ll be waiting for class to start once again for the next issue.” – Comics Bulletin

Originally published as Giant Days #1-2, Giant Days: Orientation Edition arrives in comic shops on July 1st with an oversized 48 pages of story and a brand-new cover by creator John Allison for the price of $3.99 under Diamond order code APR158446.

The Final Order Cutoff deadline for retailers is June 8th. Not sure where to find your nearest comic retailer? Use comicshoplocator.com or findacomicshop.com to find one! It’s also available for order directly from boom-studios.com. 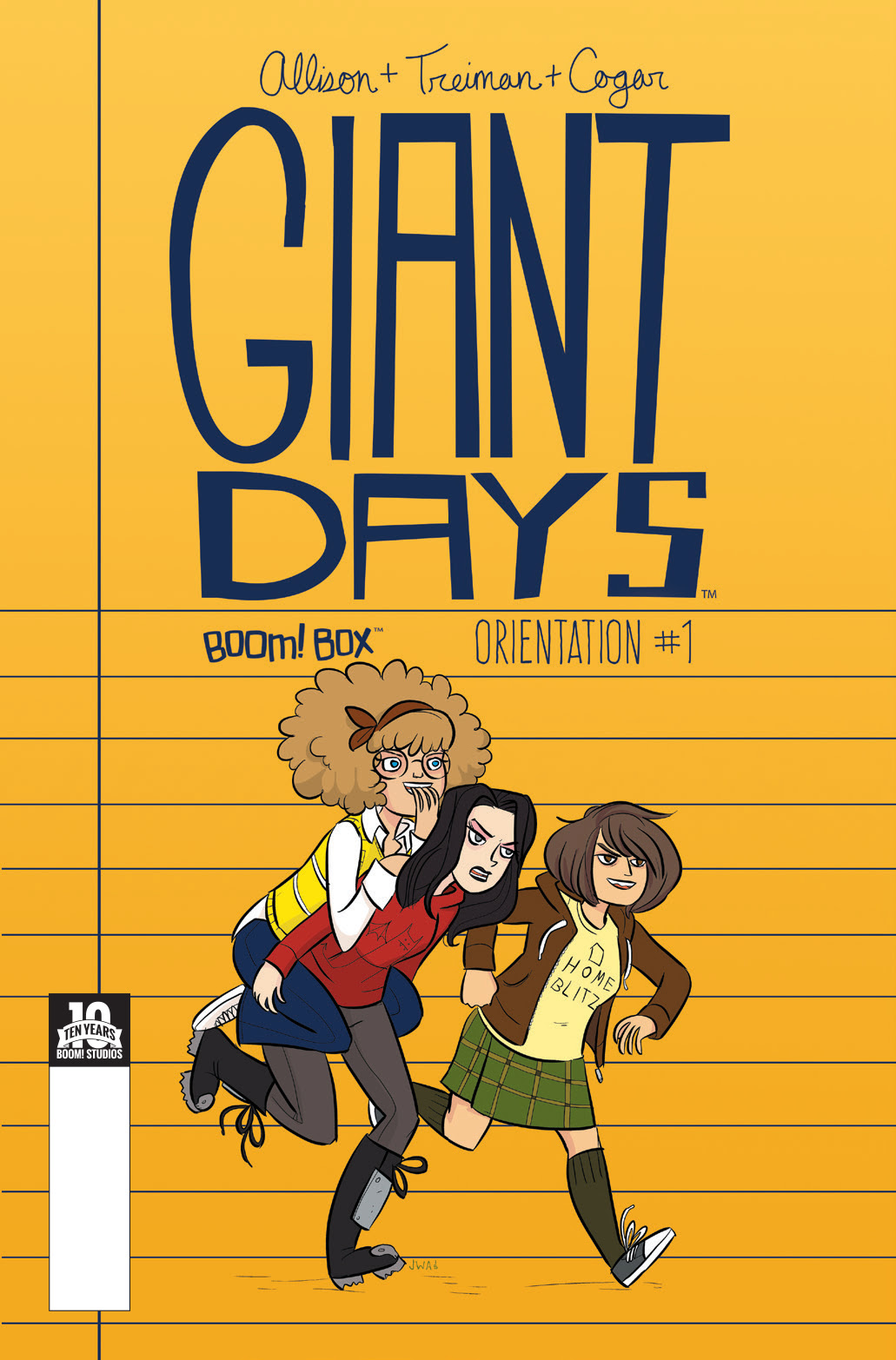