Yes – you heard that correctly. The fight of the century is at hand dear reader, and the Merc With a Mouth is set to take it to the Titan With a Temper in September’s aptly named DEADPOOL VS. THANOS #1! Written by Tim Seeley (Death of Wolverine: The Logan Legacy) with art by Elmo Bondoc (Ms. Marvel) and covers by Tradd Moore (All-New Ghost Rider), strap  yourselves in for a wild ride across all corners of the Marvel Universe!

We all know the story of Thanos – the man who single-handedly turned bejeweled gloves into THE deadliest and most fashion-forward weapons in the entire universe. But did you know he also shares an ex with good ol’ Wade Wilson? It’s true! The cosmic lady known only as Death! And when her mysterious disappearance causes everyone in the universe to stop dying – both her former flames take an interest.

If they hope to locate Death and restore balance to the cosmos – they’ll need to work…together. Yeah, that won’t end well. Can the pair overcome their overwhelming hatred and announce of one another? Or will Thanos finally let Deadpool die once and for all? One thing is for certain – this fight won’t be pretty. The fists will fly this September in DEADPOOL VS. THANOS #1! 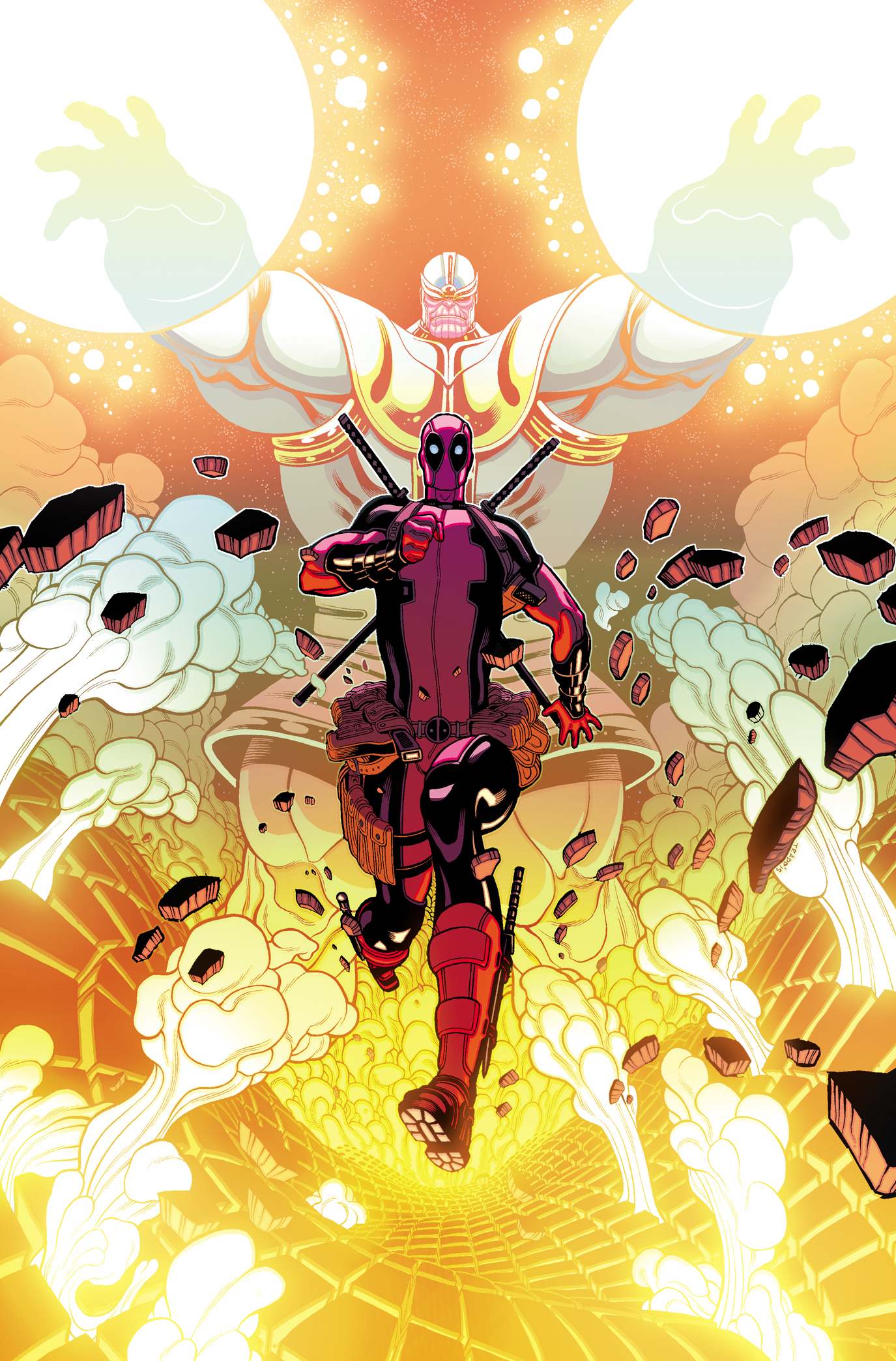