Award-winning publisher BOOM! Studios is pleased to announce the June debut of Broken World, a new sci-fi thriller and survival adventure series from Frank J. Barbiere (Five Ghosts, Avengers World) and Christopher Peterson (Grindhouse, Mayday). Broken World explores the lives of people left behind on the last days of Earth, perfect for fans of Y: The Last Man or The Massive.

“It’s hard not to fall in love with a well-crafted survival story,” said BOOM! Studios Editor-in-Chief Matt Gagnon. “From zombie viruses to post-apocalyptic wastelands, we all love to cheer for the last survivors. For BROKEN WORLD, Frank and Christopher have created an intense, riveting story about a woman who chooses to live on in a world facing an extinction-level event from the stars.”

With a meteor days away from causing an extinction-level event on Earth, time is running out for Elena Marlowe. While most of the planet’s population and her family were approved by the government to escape on one of the giant spaceships headed to another planet, her application was denied due to her mysterious past. With the meteor fast approaching, Elena tries desperately to find a way to fake her way onto the last ship or else be left behind to die with the rest of Earth’s rejected denizens.

Broken World #1 arrives in comic shops on June 3rd with a main cover by series artist Christopher Peterson for the price of $3.99 under Diamond order code APR151199. Also available in a limited quantity are a 10 Years incentive cover by Frazer Irving (Annihilator, Uncanny X-Men) and a retailer incentive cover by Christian Ward (ODY-C).

The Final Order Cutoff deadline for retailers is May 11th. Not sure where to find your nearest comic retailer? Use comicshoplocator.com or findacomicshop.com to find one! It’s also available for order directly from boom-studios.com. 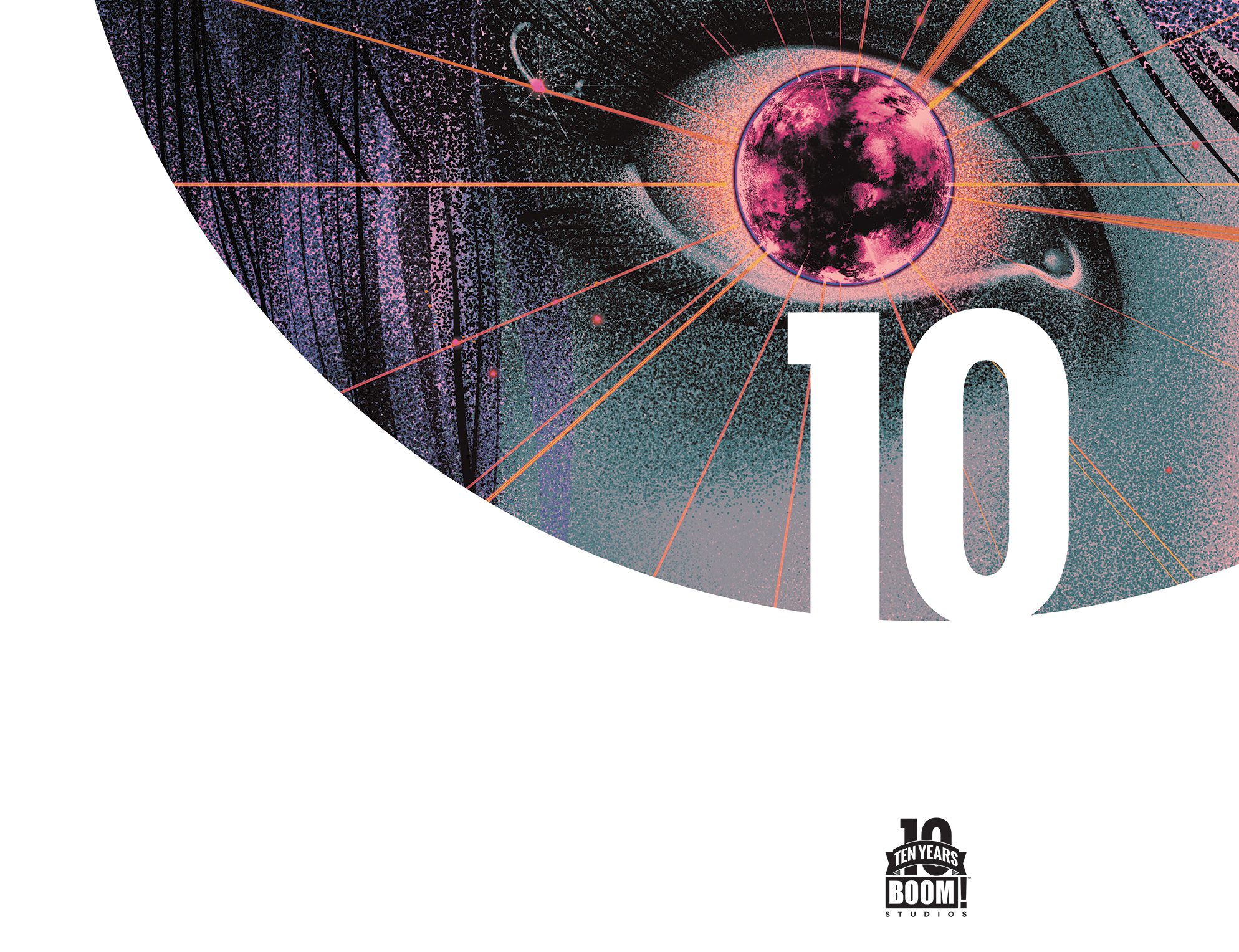 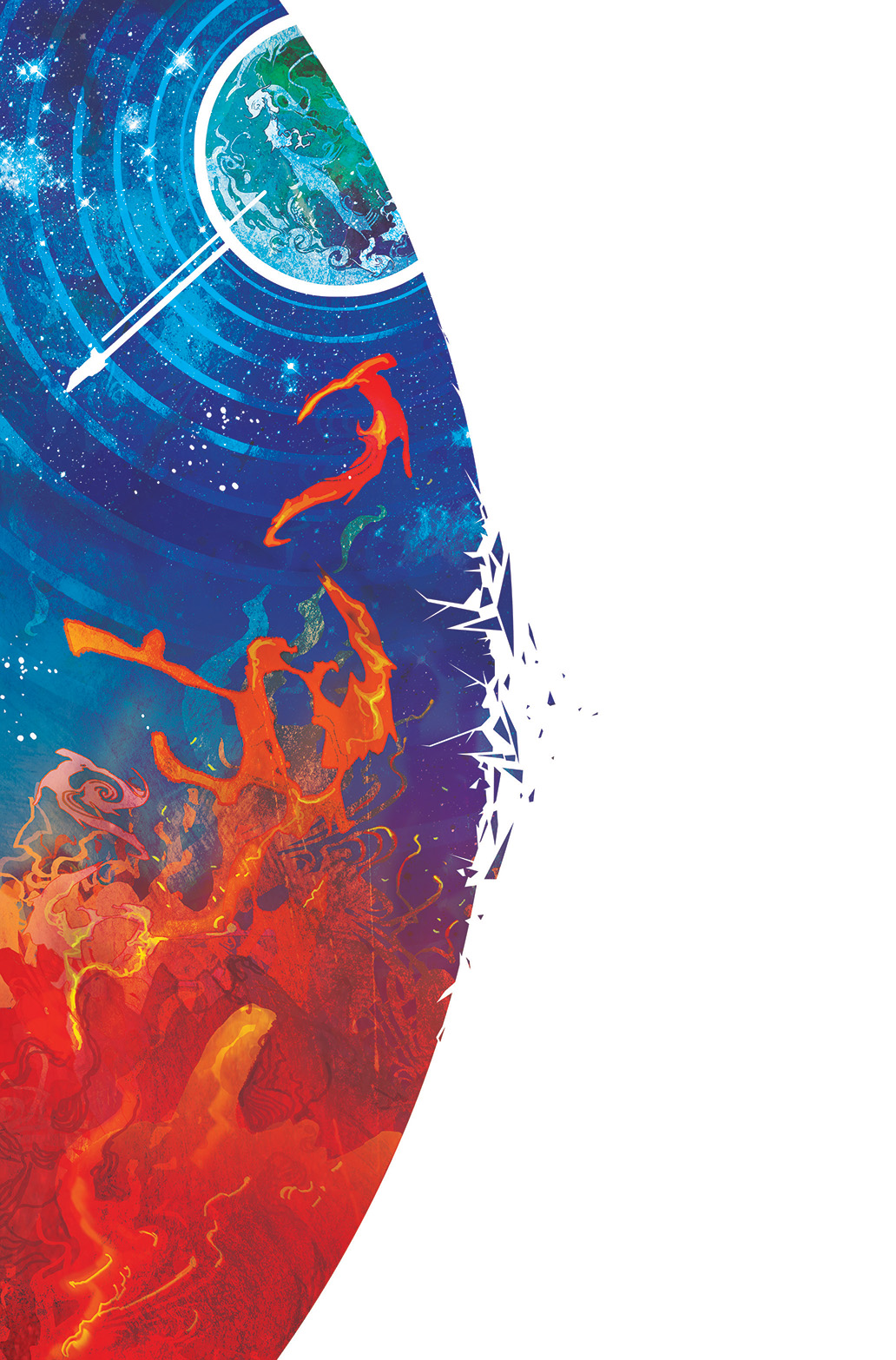 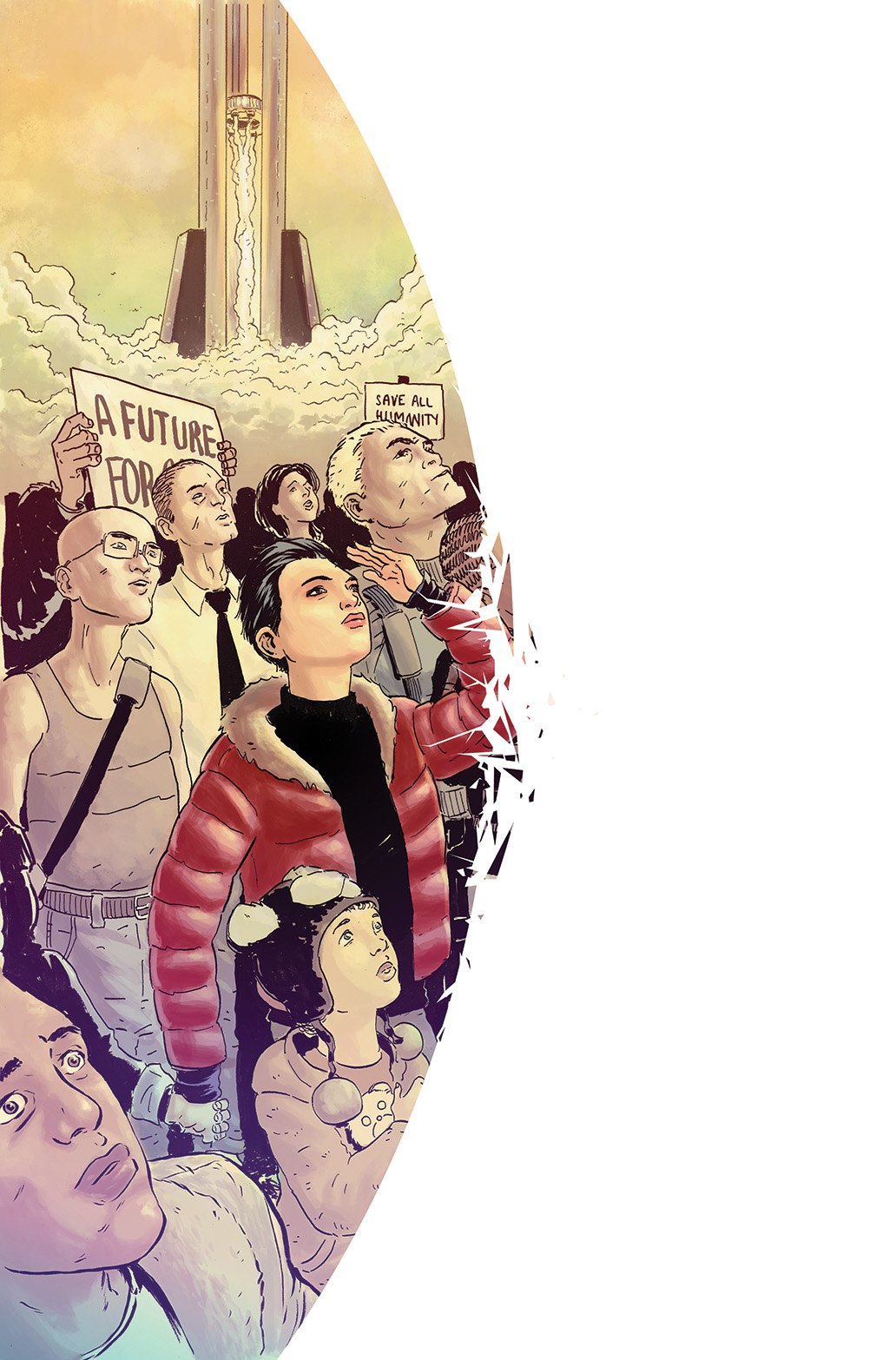