This week, Marvel is taking Chicago by storm as we return to C2E2 with some of the best and brightest names in comics in tow! Over the course of the weekend, Marvel will be bringing the fan service with tons of events, signings, contests, giveaways and more! Be sure to stop by the Marvel Booth (Booth #327) throughout the show to get in on all the excitement!

Sure you’re going catch up on all the breaking news at Marvel’s epic panel lineup. But don’t miss out on the countless unforgettable events happening all weekend at the Marvel Booth (#327). Tons of giveaways (while supplies last), costume contests, and more! You’ll even have a chance to attend a signing with Stan Lee himself*!

And that’s not all because we have an all-star lineup of your favorite Marvel creators who will be signing at the booth throughout the show! Swing by for scheduled signings with Dan Slott, Charles Soule, Skottie Young, Mark Waid and many more! Check the signing schedule for scheduled appearances.

Can’t make it to the convention? Follow along on Marvel.com and @Marvel on Twitter, the best way to get real-time announcements from the convention floor and up-to-the-minute panel, in-booth, and signing schedules of all your favorite Marvel creators!

*Ticketed event. Limited number of tickets distributed at the Marvel booth as soon as the convention opens. Limit 1 per person. 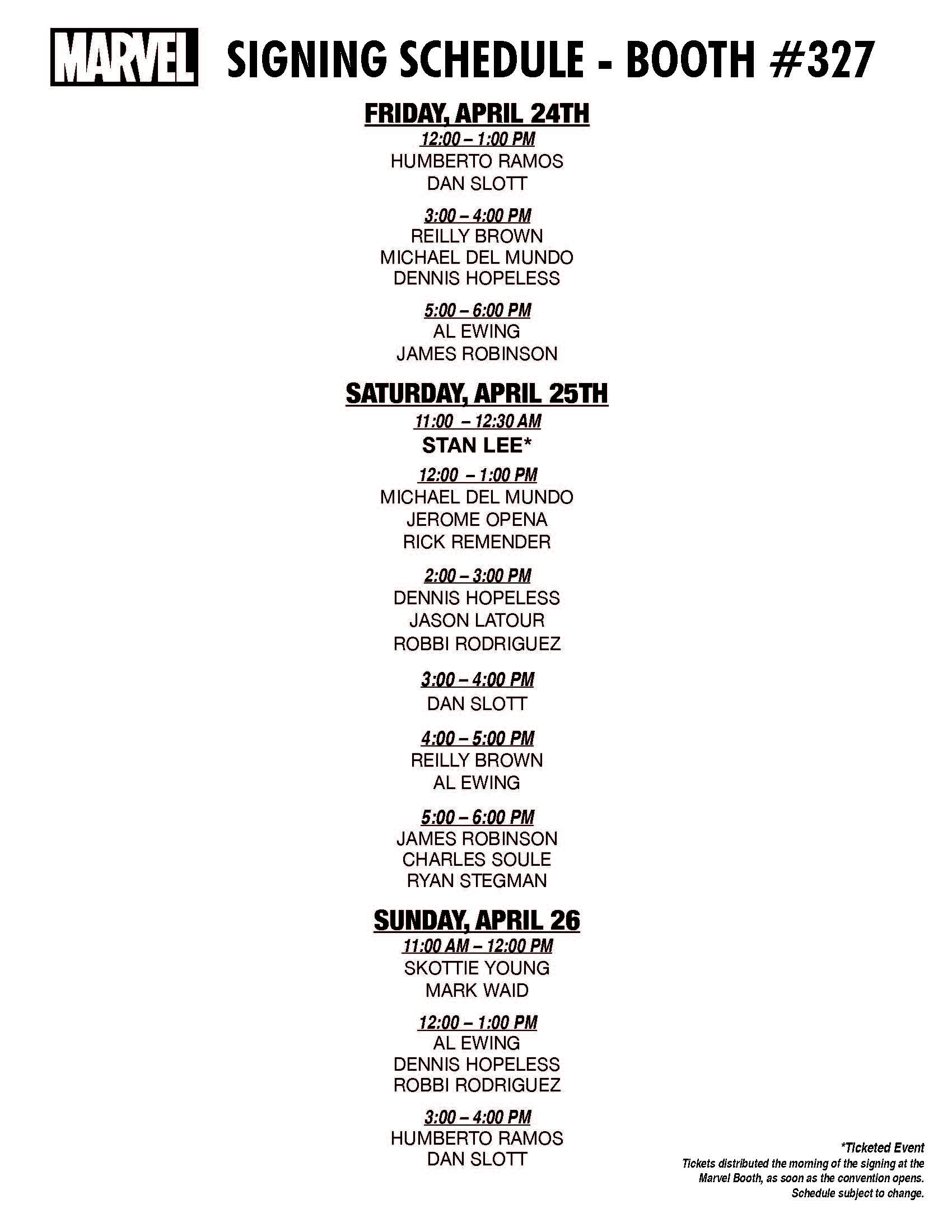 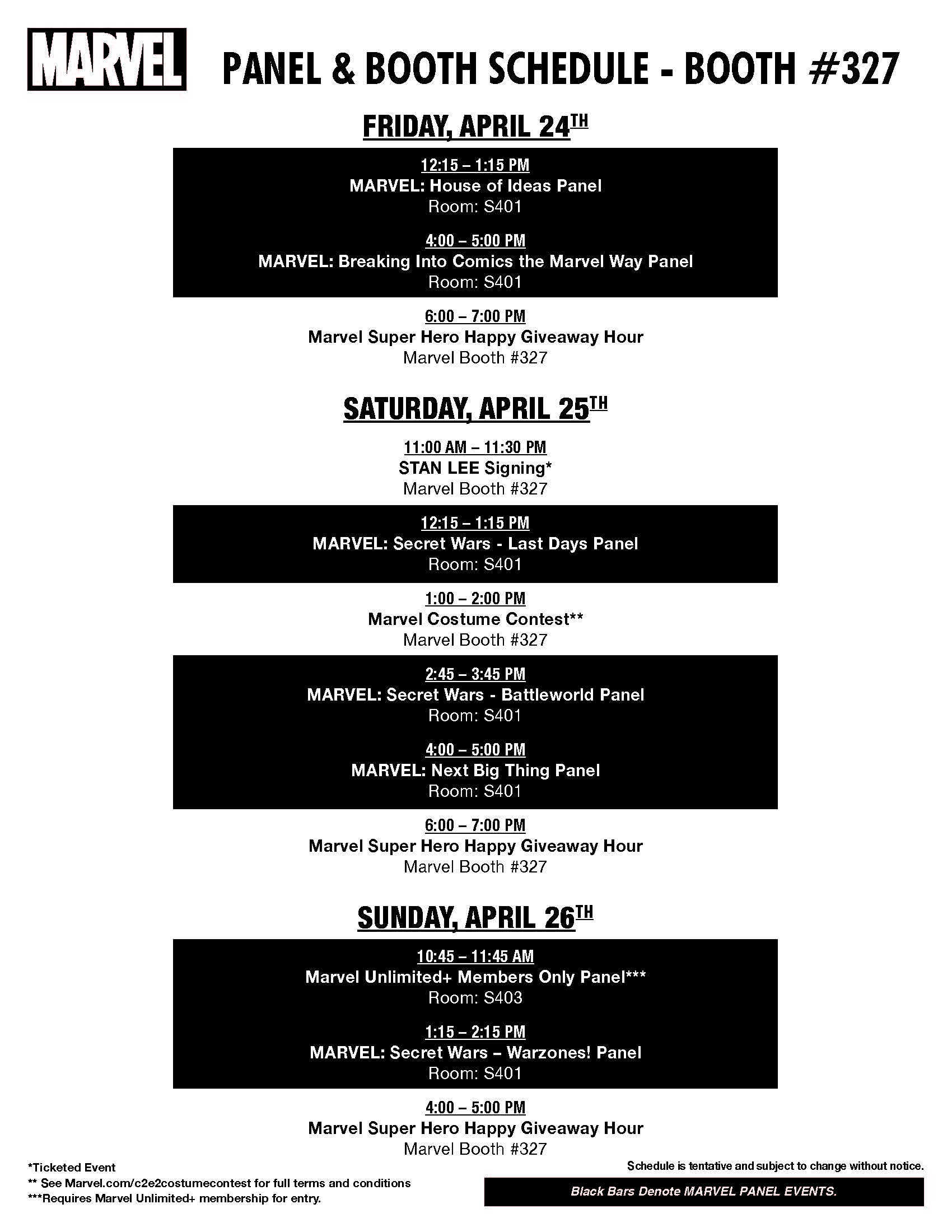