This June, return to the fight against the corrupt, mutant-exploiting government as a classic X-Crossover is reborn in the WARZONES! in X-TINCTION AGENDA #1! Writer Marc Guggenheim (Arrow Executive Producer) and artist Carmine Di Giandomenico (All-New X-Factor) return to the shores of Genosha and to one of the most beloved X-Men crossovers of all time!

It has been ten years since the fall of Cameron Hodge and his fascist regime. Ten years that Havok and Wolfsbane have toiled and labored to rebuild Genosha into the proud mutant homeland it once was. But a decade removed from Hodge and his iron rule, their work may all be for naught. A plague has spread across the nation, infecting mutants and threatening their race with extinction. With all of Genosha quarantined and all but abandoned by the rest of the world, including the X-Men, old friends may become new enemies!

“A virus is decimating the mutant and mutate population,” says writer Marc Guggenheim in an interview with Marvel.com. “The X-Men have a cure in the form of Triage, but won’t violate the quarantine that Genosha is under, not wanting to risk extinction should the virus spread. Havok and Wolfsbane take it upon themselves to go and get Triage and bring him back to Genosha, by force if necessary.”

Ask yourself – what lengths would you go to save your people? Havok and Wolfsbane will stop at nothing to save the people of Genosha – but have they doomed Earth in the process? Find out as the landmark X-Crossover of the 90’s makes it to Battleworld in X-TINCTION AGENDA #1 this June!

Written by MARC GUGGENHEIM
Art by CARMINE DIGIANDOMENICO
Cover by DAVID NAKAYAMA
On Sale in JUNE! 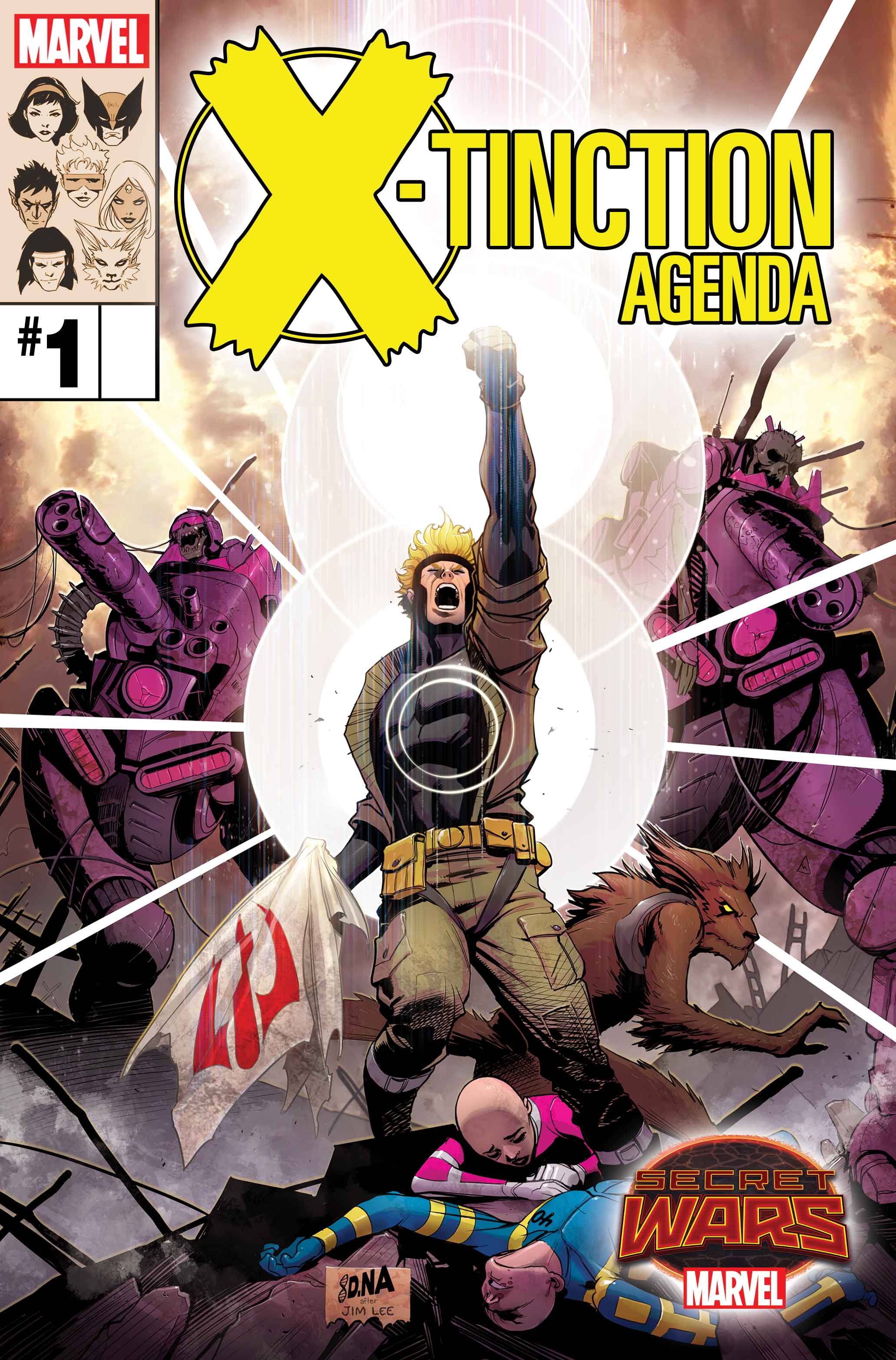