Peace through strength! Honor through obedience! Continuance through conformity! Rick Remender & Roland Boschi bring you the new Hydra – stronger, better, superior. It’s coming this July in the pages of HAIL HYDRA #1 – a new Secret Wars series! Hail Hydra! Glorious and immortal Hydra! We shall never be destroyed! Cut off one head – two more shall take its place!

It is a beautiful Utopia that Hydra has created. But it is tarnished. One from outside the regime has appeared, sullying it’s beautiful landscape. He is Ian Rogers, son of Captain America, and the man called Nomad. Could his presence be enough to bring this perfect society to utter ruin? We serve none but the Master – and the world shall soon serve us. But first – we must eradicate Ian Rogers!

“This is what we’ve seen in All-New Captain America taken to its logical but exponential conclusion,” says writer Rick Remender in an interview with Marvel.com. “This is an opportunity to explore a world where Hydra got a head start and insinuated itself into the United States much earlier. This is a world run by Hydra, a fascist dystopia…a police state.”

Can one man survive the onslaught of an entire country dominated by Hydra? Can he survive the rage of Eddie Brock and the rest of Hydra’s top assassins? He is a man without a world. No hope, no backup and no escape! Hydra will prevail. Hydra will perservere. Glory to the regime this July in HAIL HYDRA #1!
HAIL HYDRA #1

Written by RICK REMENDER
Art by ROLAND BOSCHI
Cover by ANDREW ROBINSON
On Sale in JULY! 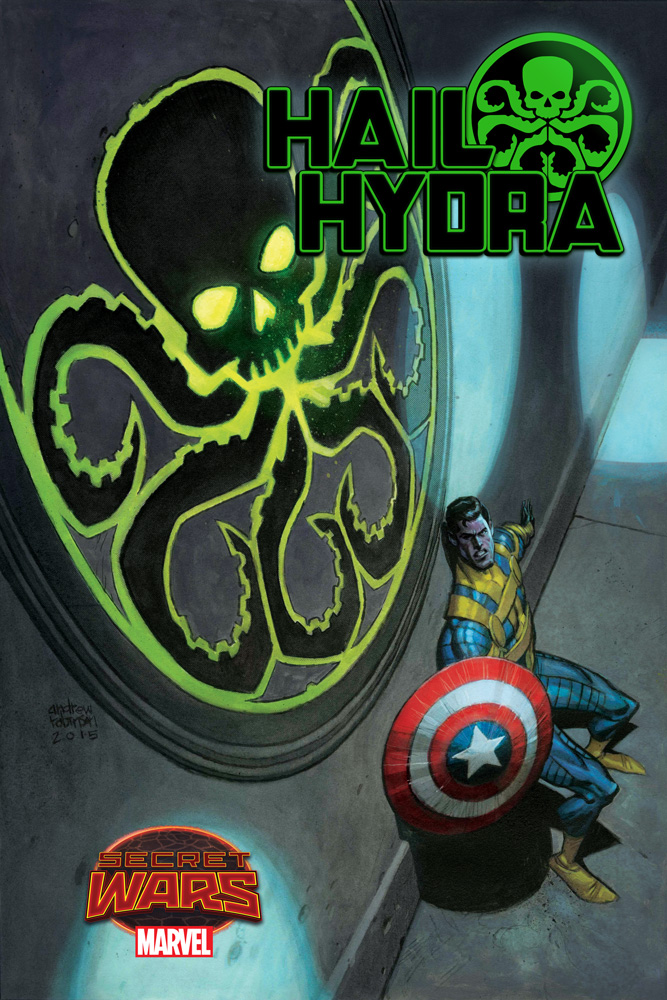