Eric
Conventions, Valiant
Comments
This year, Valiant is taking the silver anniversary celebration of the largest independent universe in comics on the road to visit more than a million fans in the US and Canada throughout 2015!

Valiant is proud to announce the Valiant 25th Anniversary Convention Tour – a months-long, cross-country celebration coming soon to a town near you! Beginning with Seattle’s Emerald City Comicon 2015 (ECCC) in March, the Valiant anniversary tour will be coming soon to New York, Los Angeles, Chicago, Denver, Calgary, and more of North America’s most exciting comic book and pop culture conventions, including:

*More dates to be added all summer long!*

The can’t-miss anniversary celebration of the summer begins in Seattle, WA at Emerald City Comicon 2015 (ECCC)! From Friday, March 27th through Sunday, March 29th, join Valiant at the Washington State Convention Center for a weekend packed with programming, special guests, and ECCC exclusives that can’t be found anywhere else!

Visit Booth #1803 all weekend long to revisit 25 years of Valiant history with a complete collection of trade paperbacks and hardcovers featuring the indelible heroes, volatile villains, and world-class creators that shaped Valiant into one of the most celebrated publishers in comics history.

New to the Valiant Universe? Then join a panel of Valiant staff and creators on Friday, March 27th at 4 pm in Hall C (TCC 301) for Valiant 101: The Story Starts Here – a step-by-step panel presentation detailing the origins of X-O Manowar, Bloodshot, Ninjak, Dr. Mirage, and more of Valiant’s top heroes and villains.

Then, on Saturday March 28th at 6pm in Hall C (TCC 301), get the inside track on all of Valiant’s silver anniversary plans with the Valiant: 25th Anniversary Celebration! From epic events of THE VALIANT to the launches of NINJAK and BLOODSHOT REBORN, find out what’s coming next for the Valiant Universe’s greatest heroes with an all-star panel presentation featuring writers James Asmus(QUANTUM AND WOODY MUST DIE!), Matt Kindt (NINJAK, DIVINITY, RAI), Jeff Lemire(BLOODSHOT REBORN), Jen Van Meter (THE DEATH-DEFYING DR. MIRAGE), artist Mico Suayan(BLOODSHOT REBORN), and Valiant Chief Creative Officer Dinesh Shamdasani!

Honoring Valiant’s historic place in comics history, the road to the next 25 years begins right here with an exclusive round of news and announcements, only at Emerald City Comicon 2015!

And look for new dates to be added to the Valiant 25th Anniversary Convention Tour all summer long! 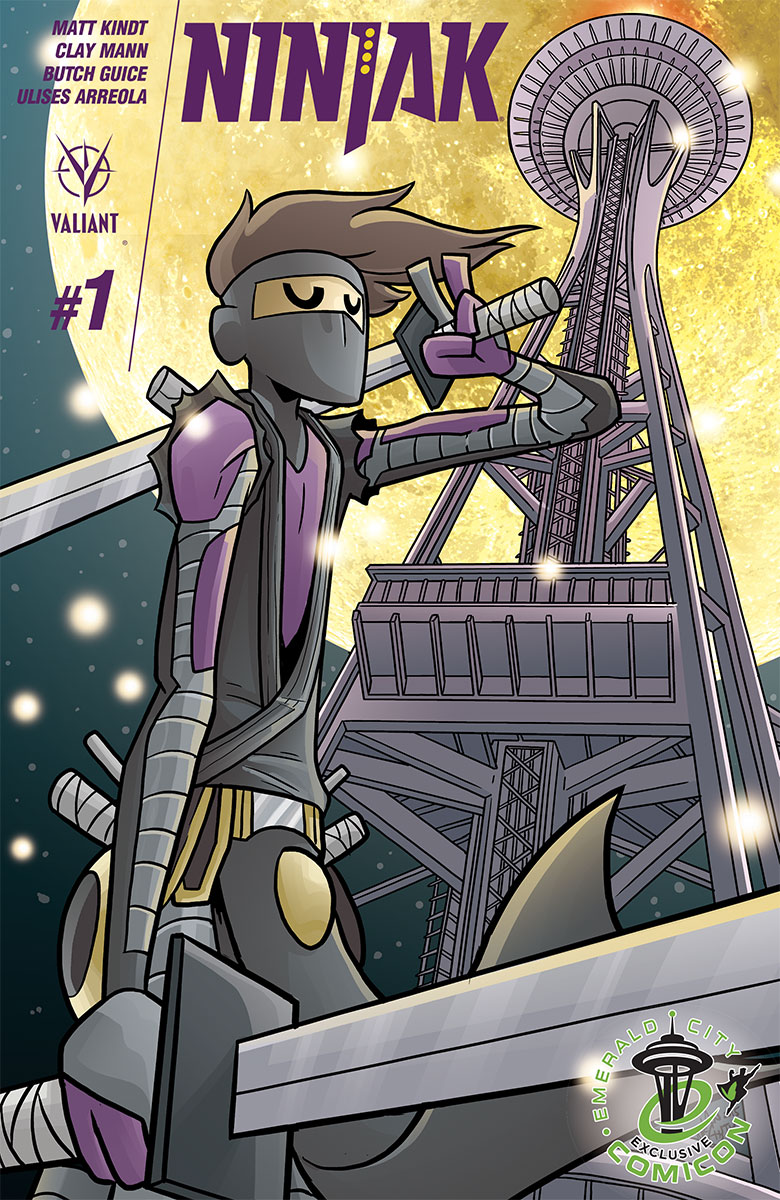 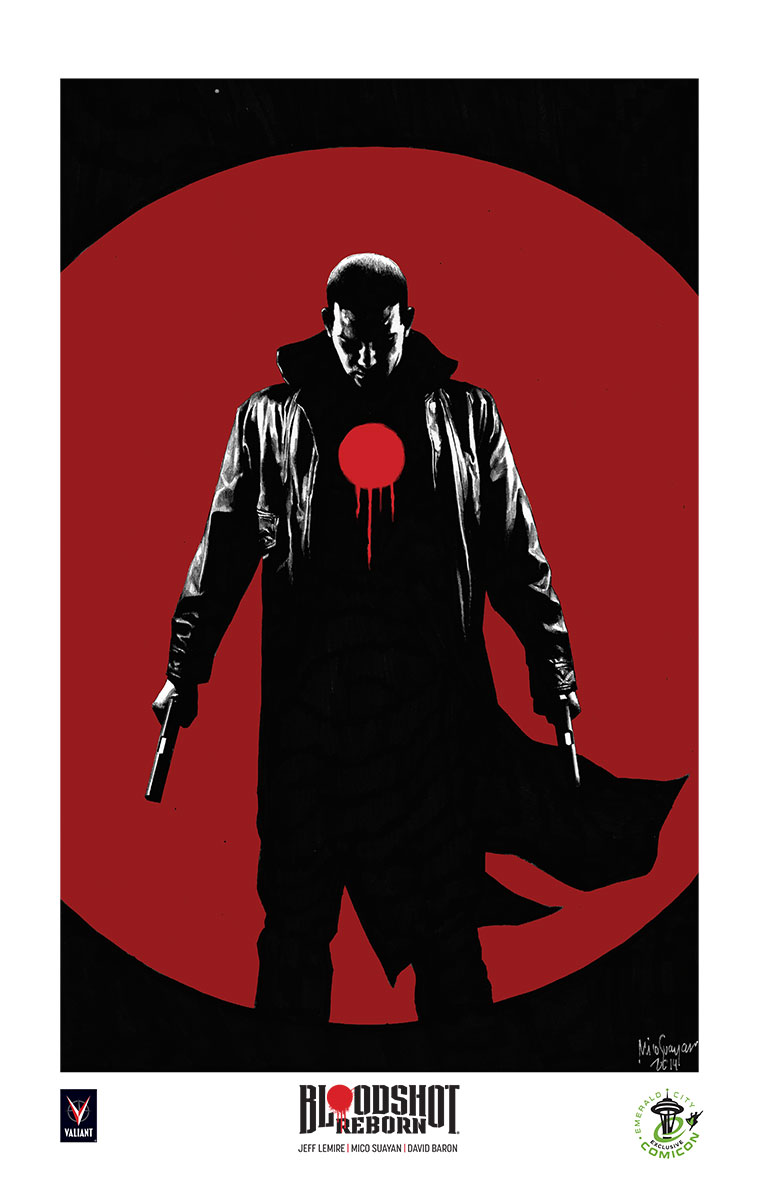 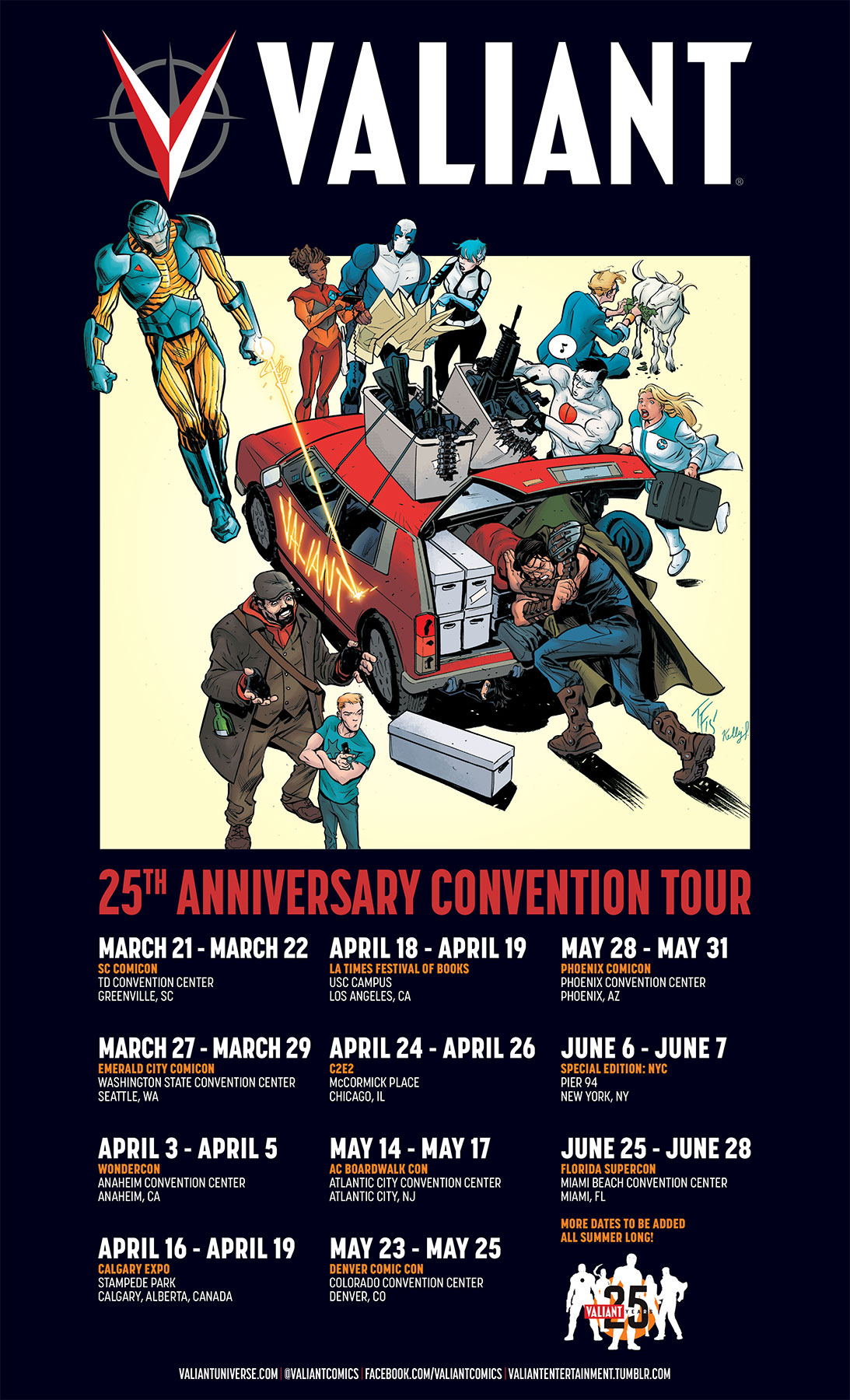