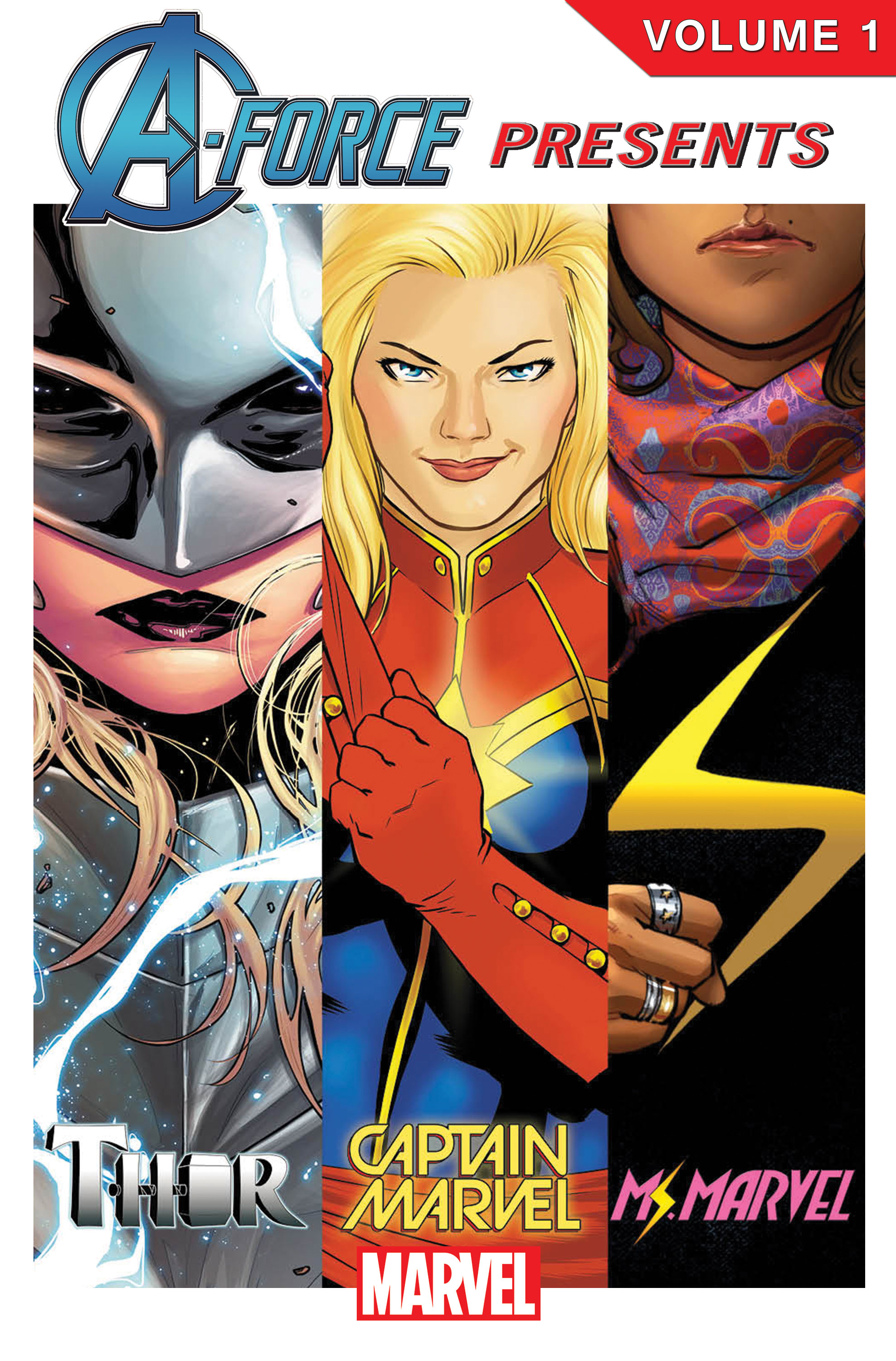 A bi-monthly series focusing on the strength, courage and power of Marvel’s female heroes, A-Force Presents collects a new selection of Marvel’s critically-acclaimed female led titles for fans to explore. Targeted towards young adult readers, each volume of A-Force Presents includes 6 issues and offers a clean entry point into the Marvel Universe through some of the most popular titles.

“In a world where virtually everyone has heard of Iron Man, Captain America, Black Widow and The Avengers, Marvel’s female Super Heroes have stepped into the spotlight, spurred on by a rapidly growing base of Marvel fans who just happen to be women,” says Marvel Editor-in-Chief Axel Alonso, speaking with Teen Vogue. “Titles like Ms. Marvel, Captain Marvel, Spider-Gwen, Thor, Silk and the recently announced A-Force each offer a distinct and compelling reflection of what we call ‘the world outside your window.’  A-Force Presents collects all of these critically-acclaimed entry points into the Marvel Universe and proves, once and for all, just how powerful the women of Marvel truly can be.”