Eric
Comic News, Independent, Pullbox Previews, Titan
Comments
13 COINS #6
STORY BY:Martin Brennan, Michael B Jackson
ART BY: Simon Bisley
COLORS BY: Ryan Brown
COVER BY: Simon Bisley
PUBLISHER: Titan Comics
PAGECOUNT: 32
COVER PRICE: $3.99
RELEASE DATE: Wednesday, March 25, 2015
IN ARMAGEDDON’S SHADOW
From Eisner Award-winning artist Simon Bisley – legendary artist of Batman/Judge Dredd: Judgment on Gotham and Lobo – comes a new series that finds Heaven and Hell at war in an angelic battle over the fate of Mankind.
As the end of days begins, ex-junkie turned holy warrior John Pozner is all that stands in the way of evil’s triumph over the three realms. But with his own demons to conquer and Hell’s biggest and baddest baying for his blood, is there really any chance for salvation? All will be revealed in this bumper-sized sixth issue!
For more information visit:
http://titan-comics.com/c/246-13-coins/ 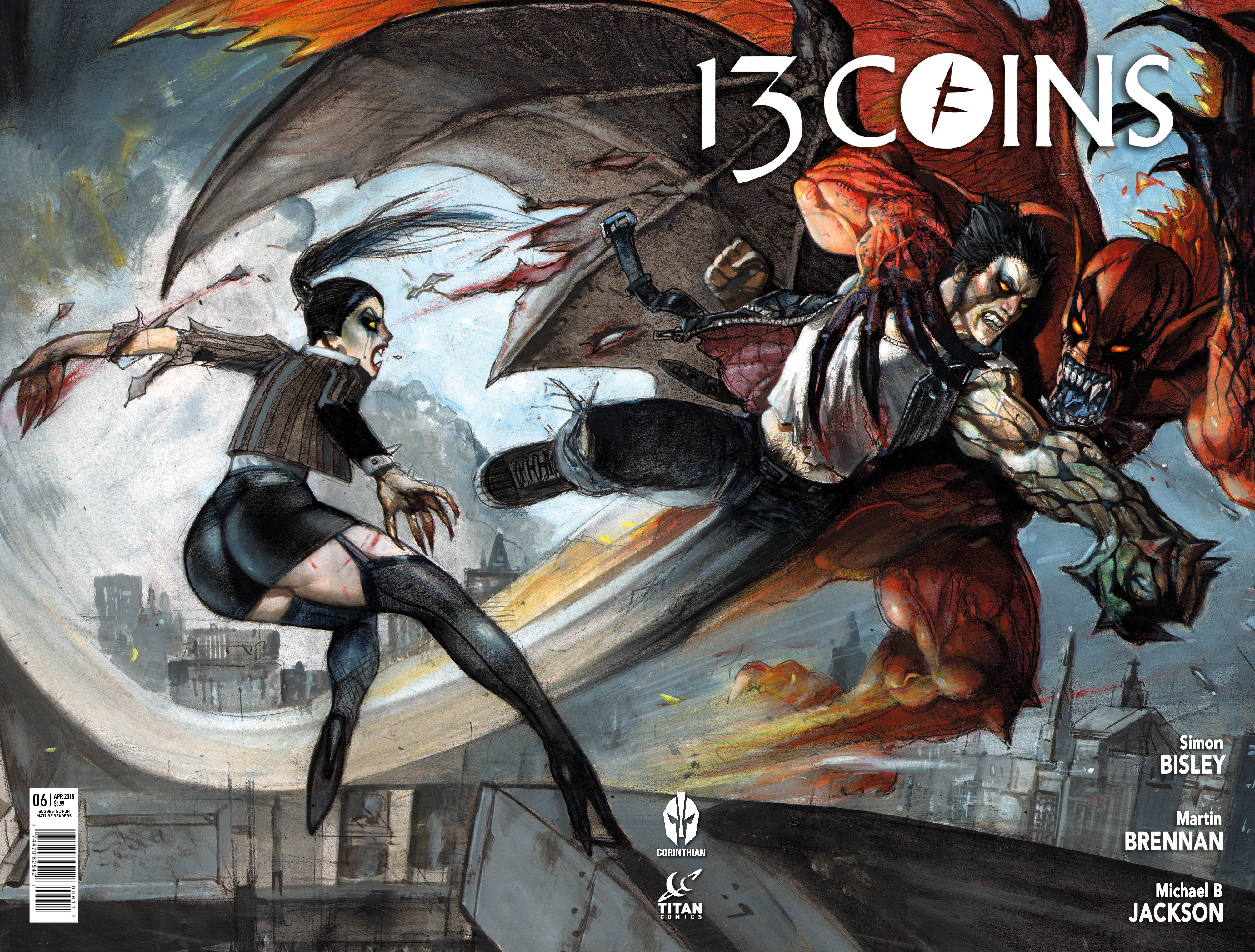 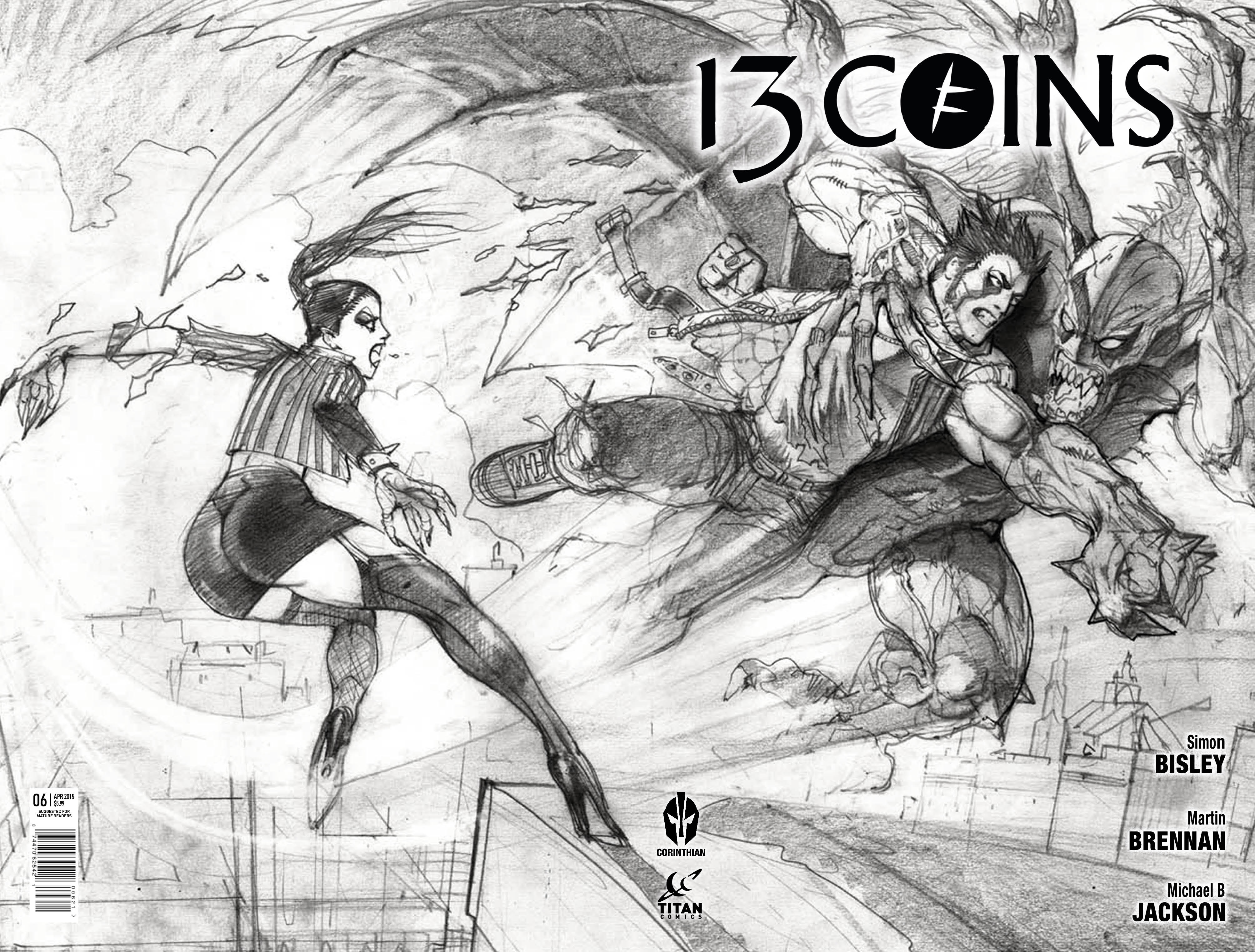 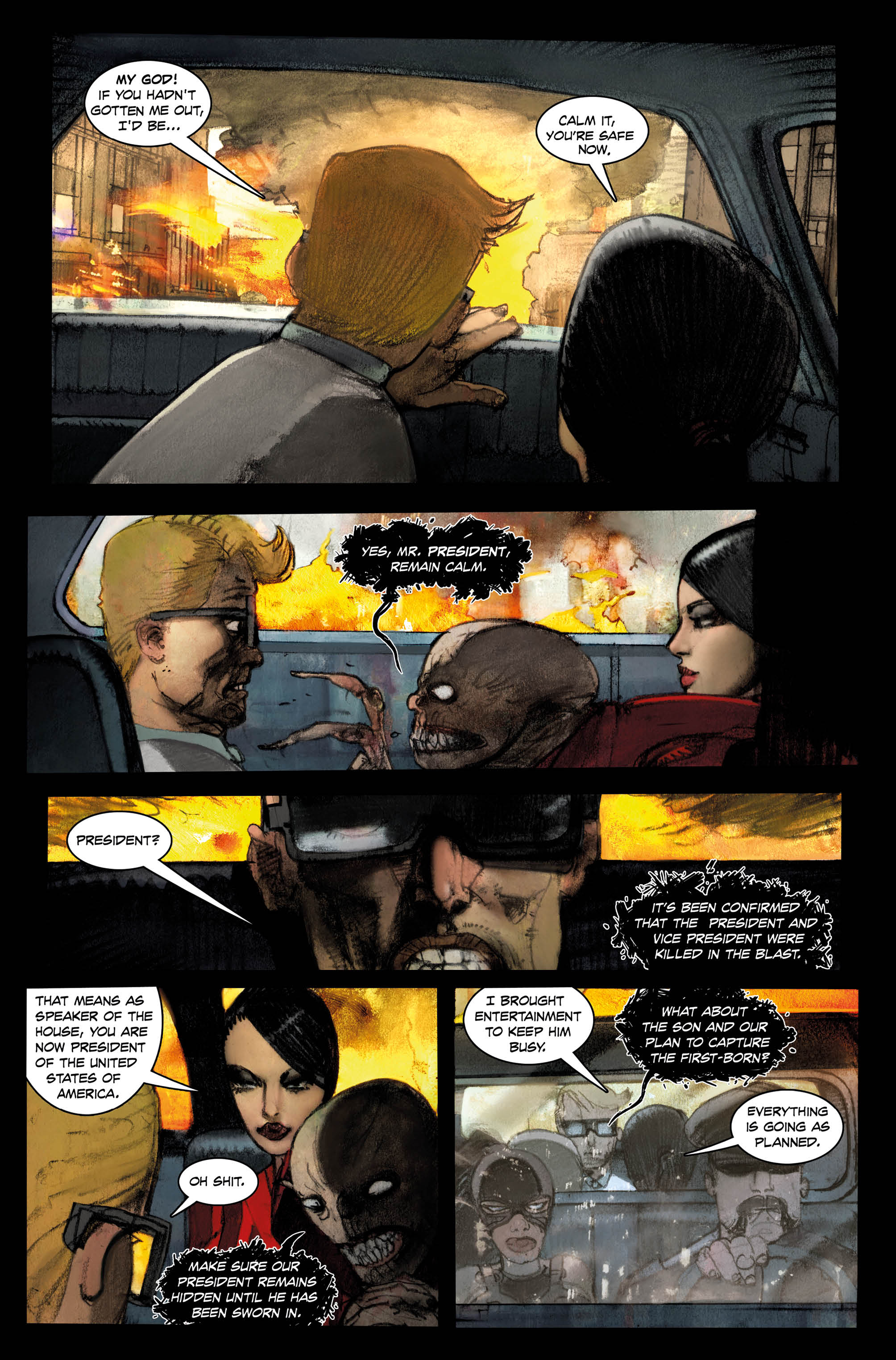 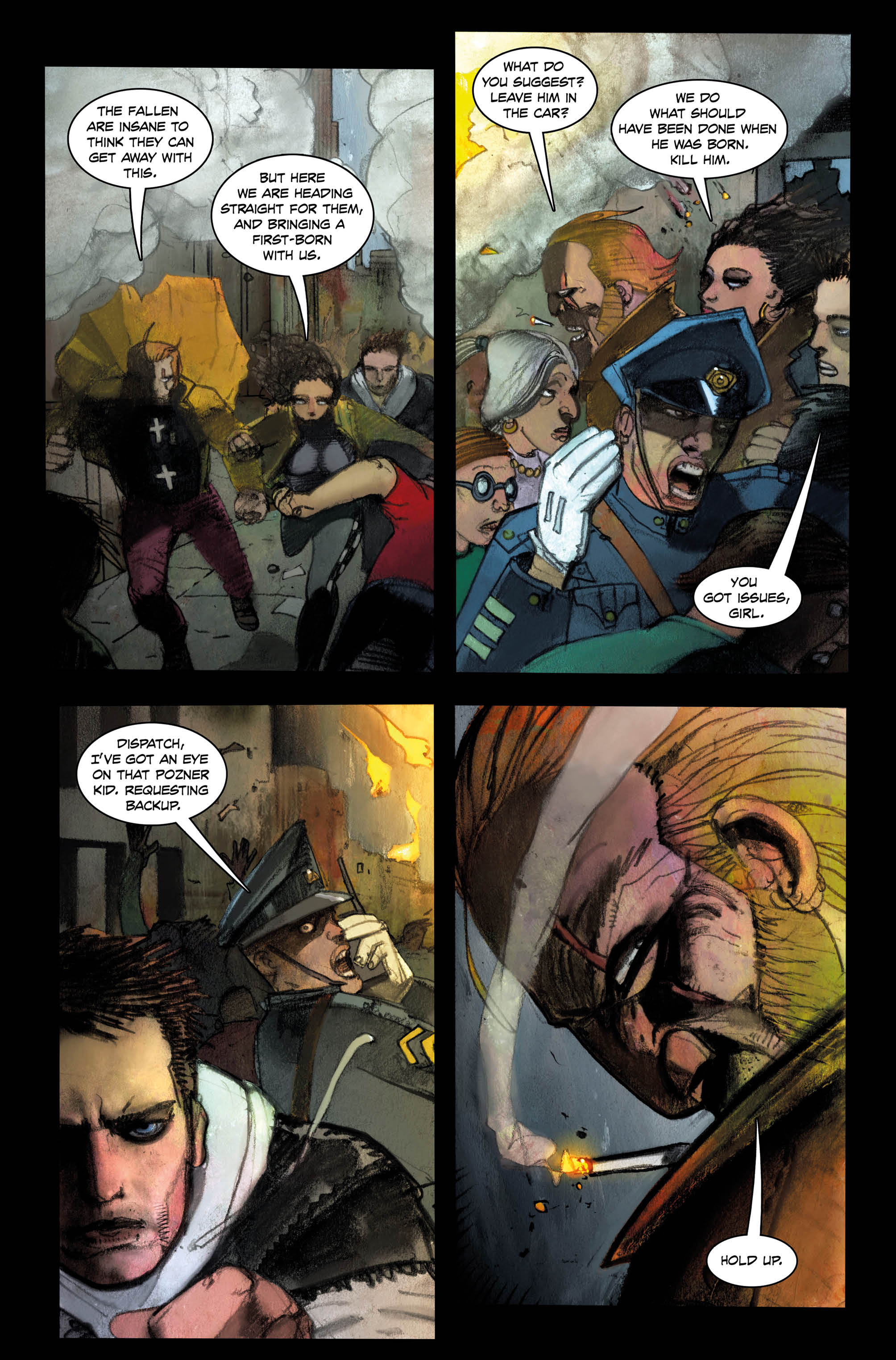 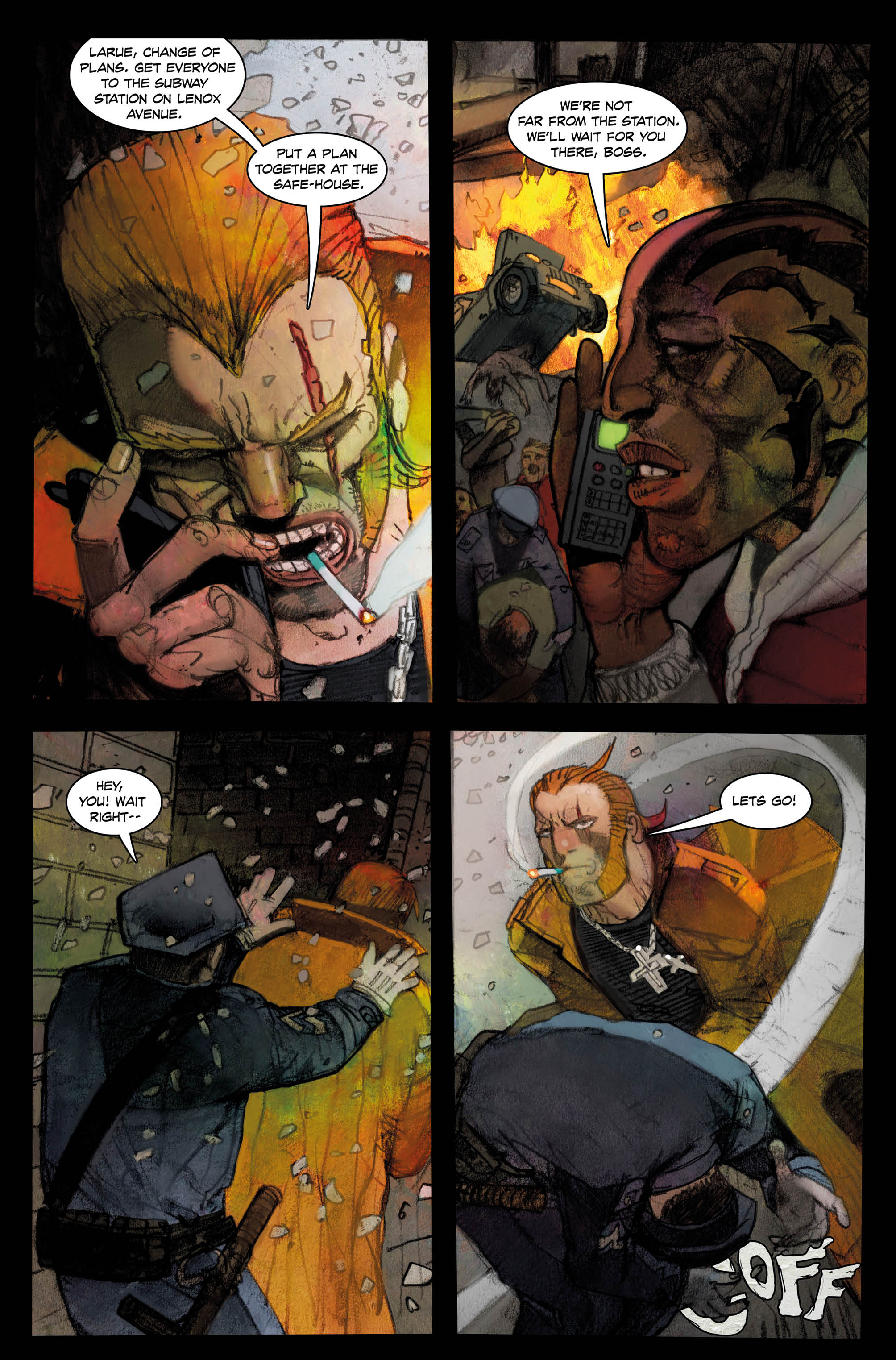