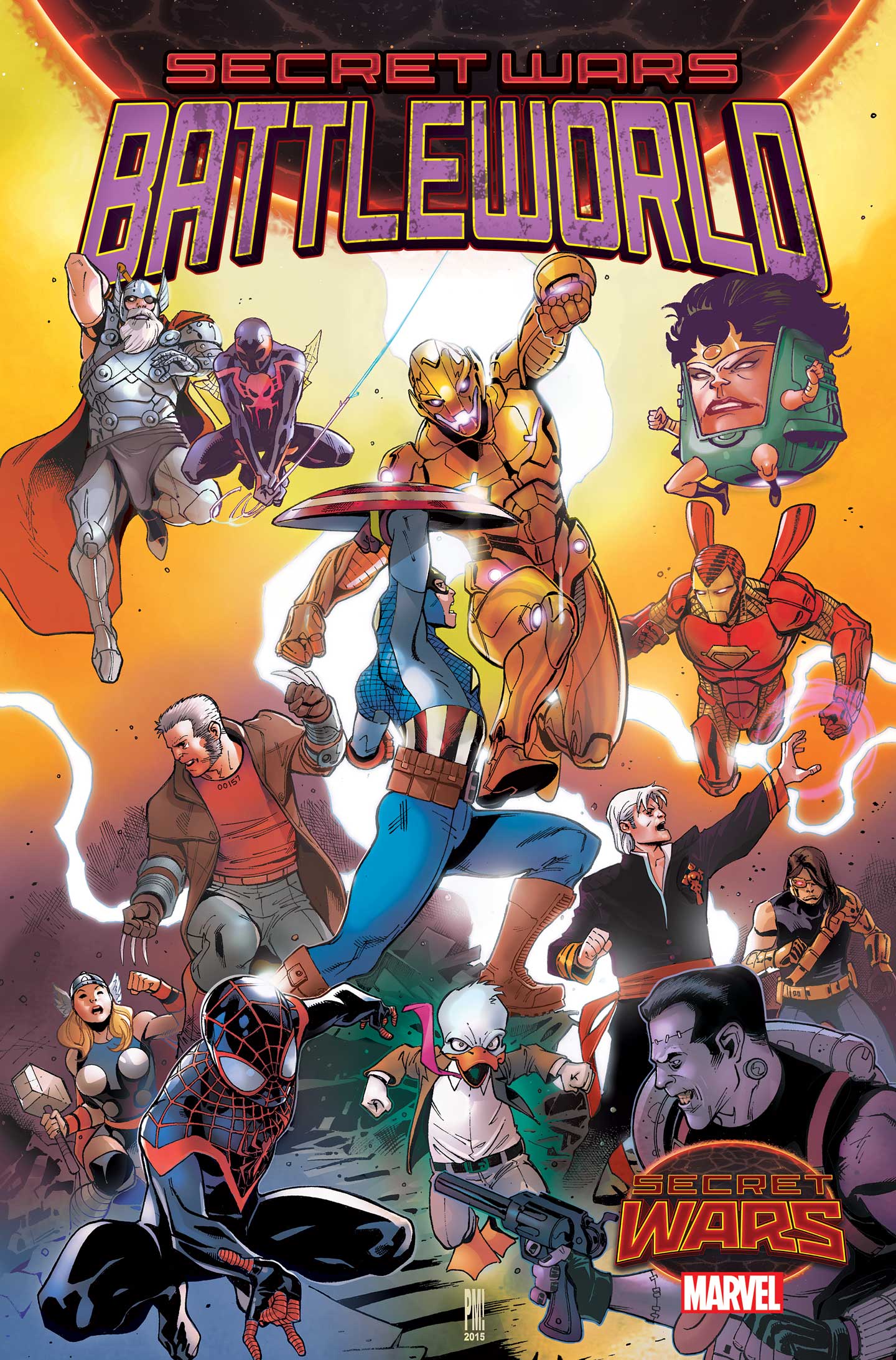 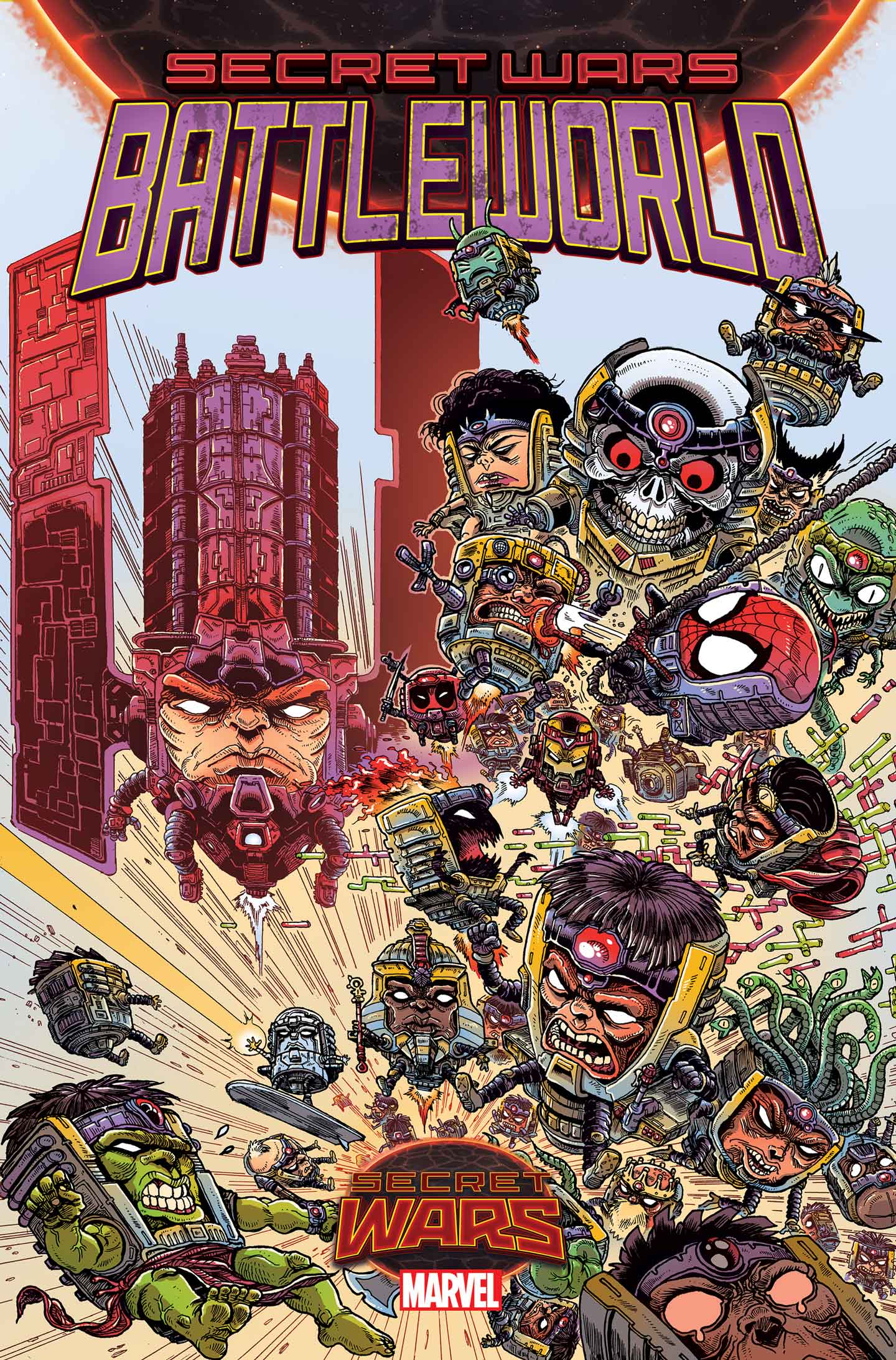 The battles in Secret Wars are so big, we had to launch an entirely new book just to contain them! This May, prepare for the big, bombastic action like you’ve never seen before in SECRET WARS: BATTLEWORLD #1 – a new 4-issue limited series of wall-to-wall action across the surface of Battleworld!  Bursting with epic action, each issue of SECRET WARS: BATTLEWORLD features two all-new high-octane stories ripped from the pages of the biggest event of the year!

“The weirder and more fun, the better” says series editor Jon Moisan of the tone of the series in an interview with Marvel.com. “You want to see the 1602 version of the Punisher fight the 2099 version of Iron Man? Muskets versus the 1990s version of the future! We can even have the same characters from different worlds fight. I’m sure readers have been dreaming of seeing a dozen different versions of Howard the Duck fight. Well, guess what? It’s completely possible in SECRET WARS: BATTLEWORLD!”

This issue – what happens when Dr. Strange possesses the Punisher? Meet the Sorcerer EXTREME! Only Spider-Man, Wolverine, the Hulk and Ghost Rider of this land can track this terrible two-in-one down. And things are going to get messy! Then, what happens when M.O.D.O.K. recruits every M.O.D.O.K. ever from across Battleworld for his evil scheme. I’ll give you a hint – F.I.G.H.T.!

Each issue –  cover-to-cover action, pulse-pounding battles and can’t miss creators. You want action? Look no further than SECRET WARS: BATTLEWORLD #1 when it explodes in to comic shops and on to digital devices this May!