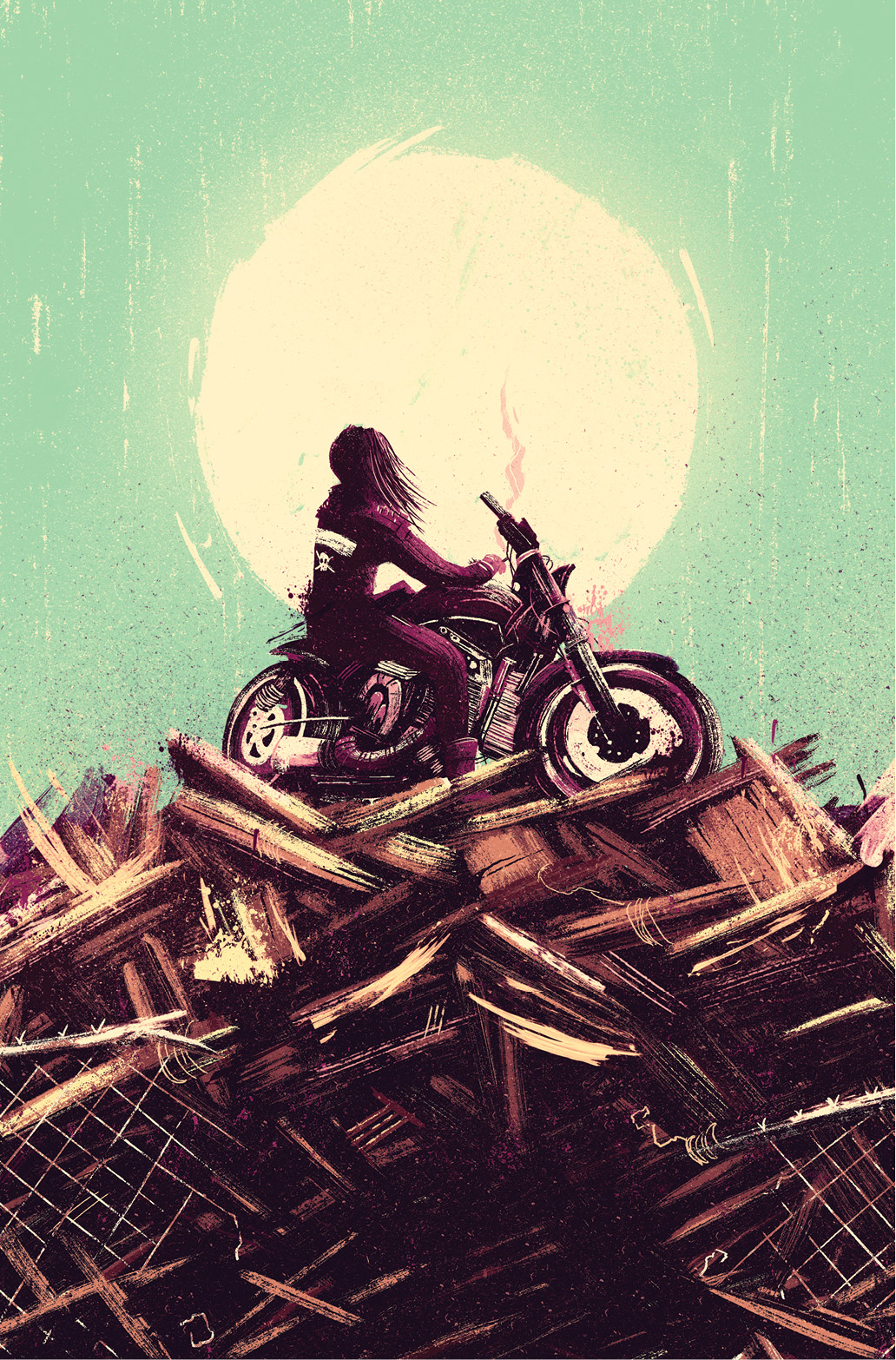 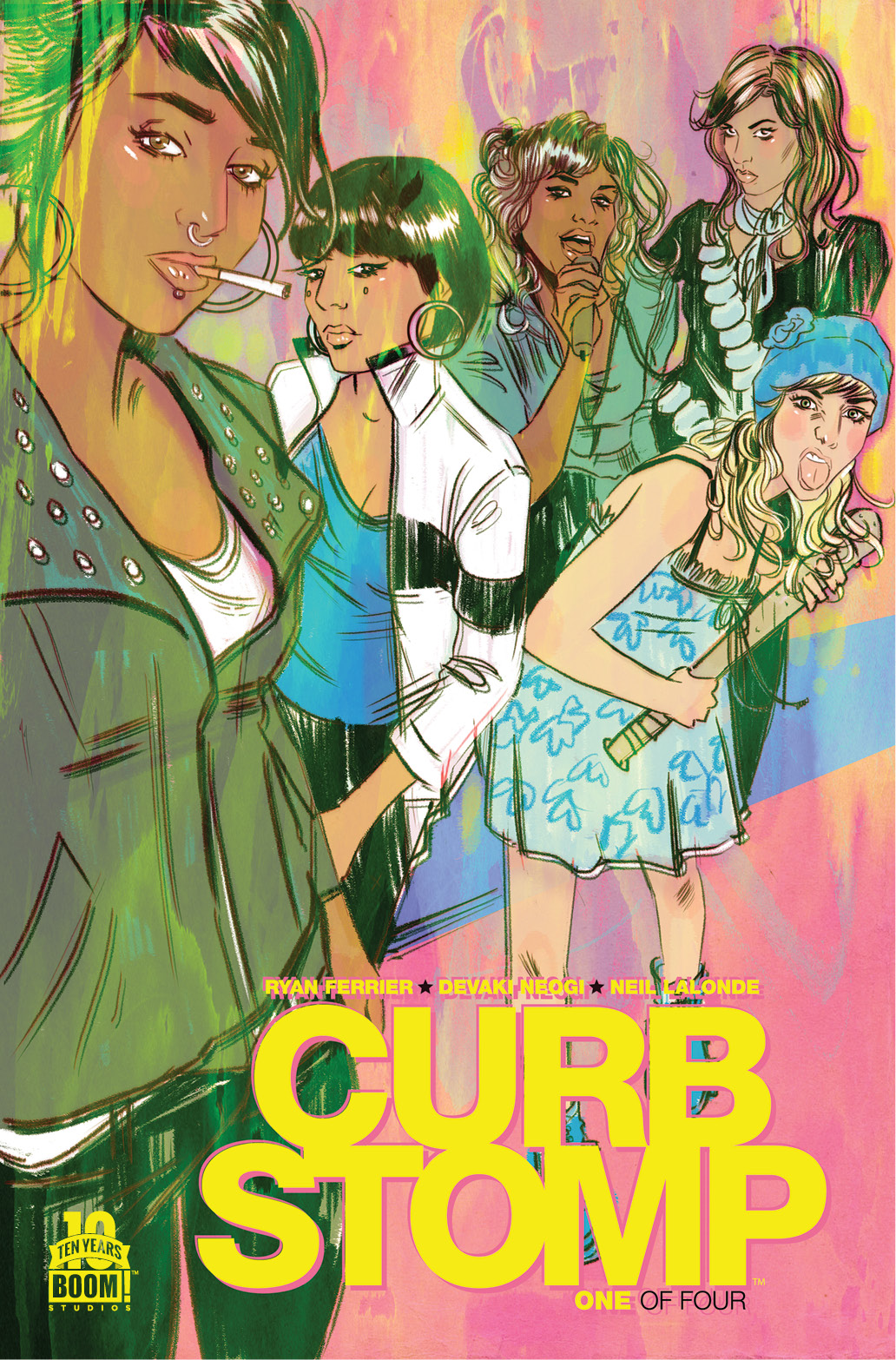 Three gangs. Five girls. No way out. This February, award-winning publisher BOOM! Studios is pleased to announce the debut of Curb Stomp, a no-holds-barred, visceral look at the lengths one woman will go to protect her home—perfect for fans of Rat Queens and the seminal ‘70s cult-favorite film, The Warriors. Rising star Ryan Ferrier (D4VE) teams up with newcomer artist Devaki Neogi to create the unflinching story of Machete Betty and the girls of The Fever, a gang fiercely committed to protecting their home of Old Beach.

“Turf wars, fierce ladies, teeth-rattling action—Ryan and Devaki are going to be keeping readers on the edge of their seats with this series,” said BOOM! Studios Editor-in-Chief Matt Gagnon. “It’s got everything we love about punk rock, and it’s got everything we love about a good story. There’s a lot of heart in this one. It’s just studded with spikes.”

Machete Betty leads a small gang of women under the self-appointed task of protecting their home of Old Beach, one of  three boroughs  surrounding  a  rich  metropolitan  city. When Betty takes the life of a rival gang member in an act of self-defense, she sets off a chain reaction of retaliation, gang warfare, and unlikely allies. It’s up to the The Fever—Machete Betty, Derby Girl, Bloody Mary, Daisy Chain, and Violet Volt—to defend their turf at all costs.

Curb Stomp #1 arrives in comic shops on February 25th from BOOM! Studios with a main cover by Tula Lotay (Supreme Blue Rose) for the price of $3.99 under Diamond order code DEC141182. Also available in limited quantities is a 10 Years Anniversary incentive cover by Trevor Hairsine (Ultimate Six), and a retailer incentive cover by Marie Bergeron. The Final Order Cutoff deadline for retailers is February 2nd. Not sure where to find your nearest comic retailer? Use comicshoplocator.com or findacomicshop.com to find one! It’s also available for order directly from boom-studios.com.