DOCTOR WHO: THE TENTH DOCTOR #6

COVER A BY: Tommy Lee Edwards

STONE HANDS STALK THROUGH THE CRATERS OF THE SOMME…

When Gabby and the Doctor arrive by accident in No Man’s Land in July, 1916, they’re met by Corporal Jamie Colqhoun – a soldier who knows from bitter experience that there are worse things than the Jerries out in the rat-strewn trenches.

Things that drift through the smoke of a thousand cannon shells, and move only when you look away. Shadows that flit over artillery-blasted field hospitals and throw their terrifying wings over the living. Statues that steal your life in an instant.

But in a conflict where the life of young men is cheap, and thousands die every day – are the Angels actually offering salvation?

Trapped in the midst of a flock of starving Angels, the Doctor faces his most challenging and terrifying moral dilemma yet!

Comes with three covers to collect including a special cover by artist Tommy Lee Edwards!

Doctor Who: The Tenth Doctor #6 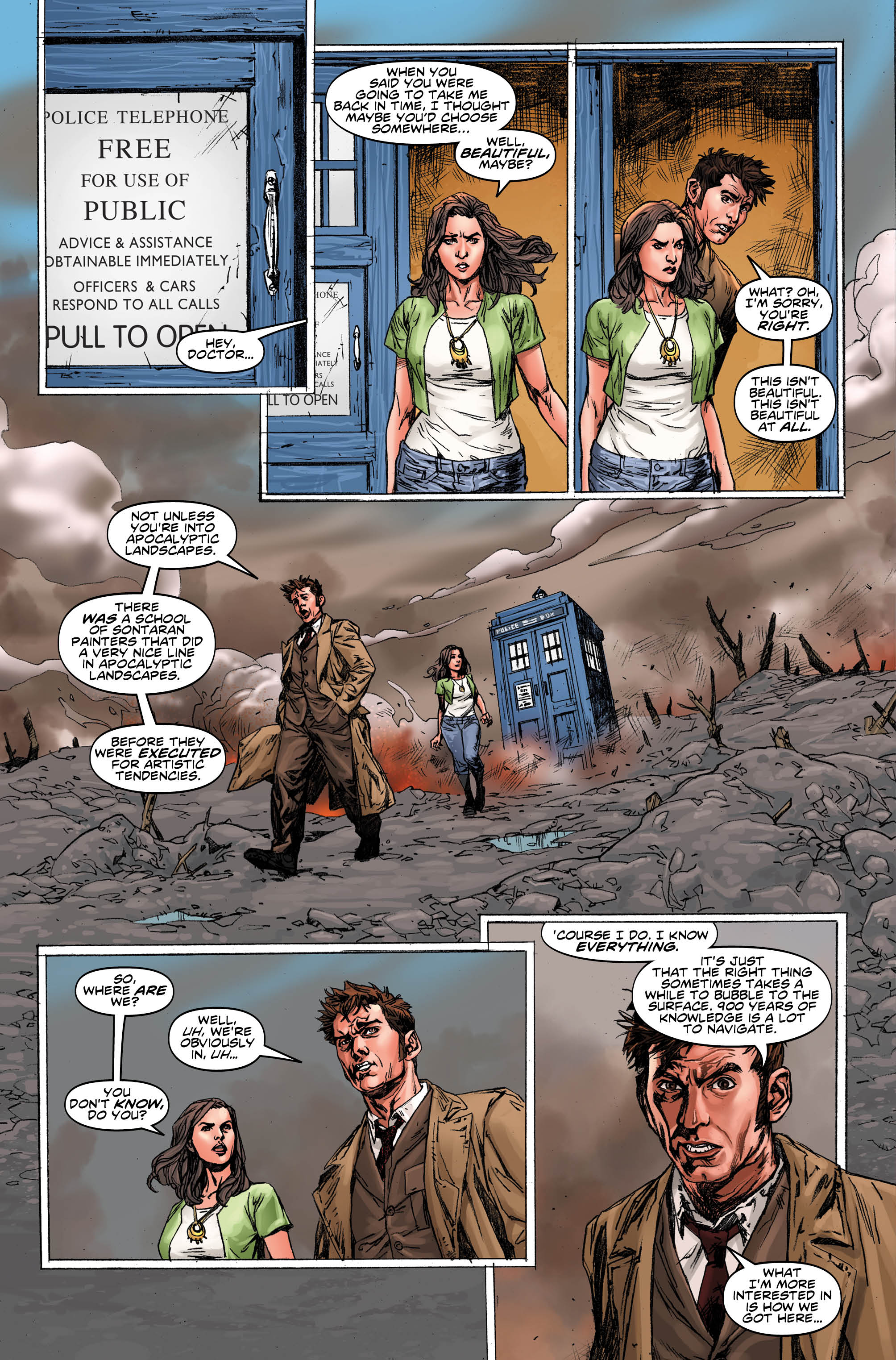 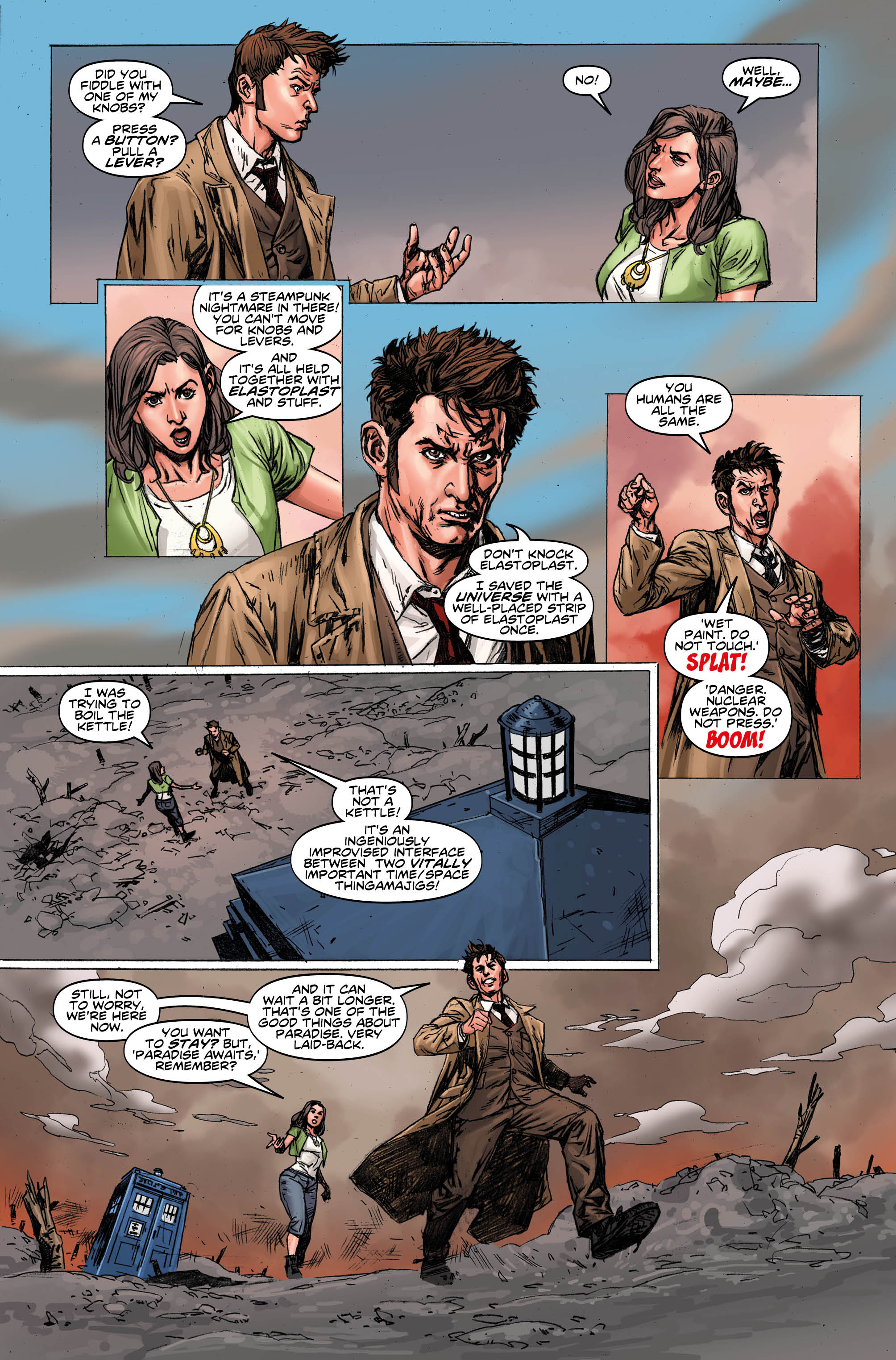 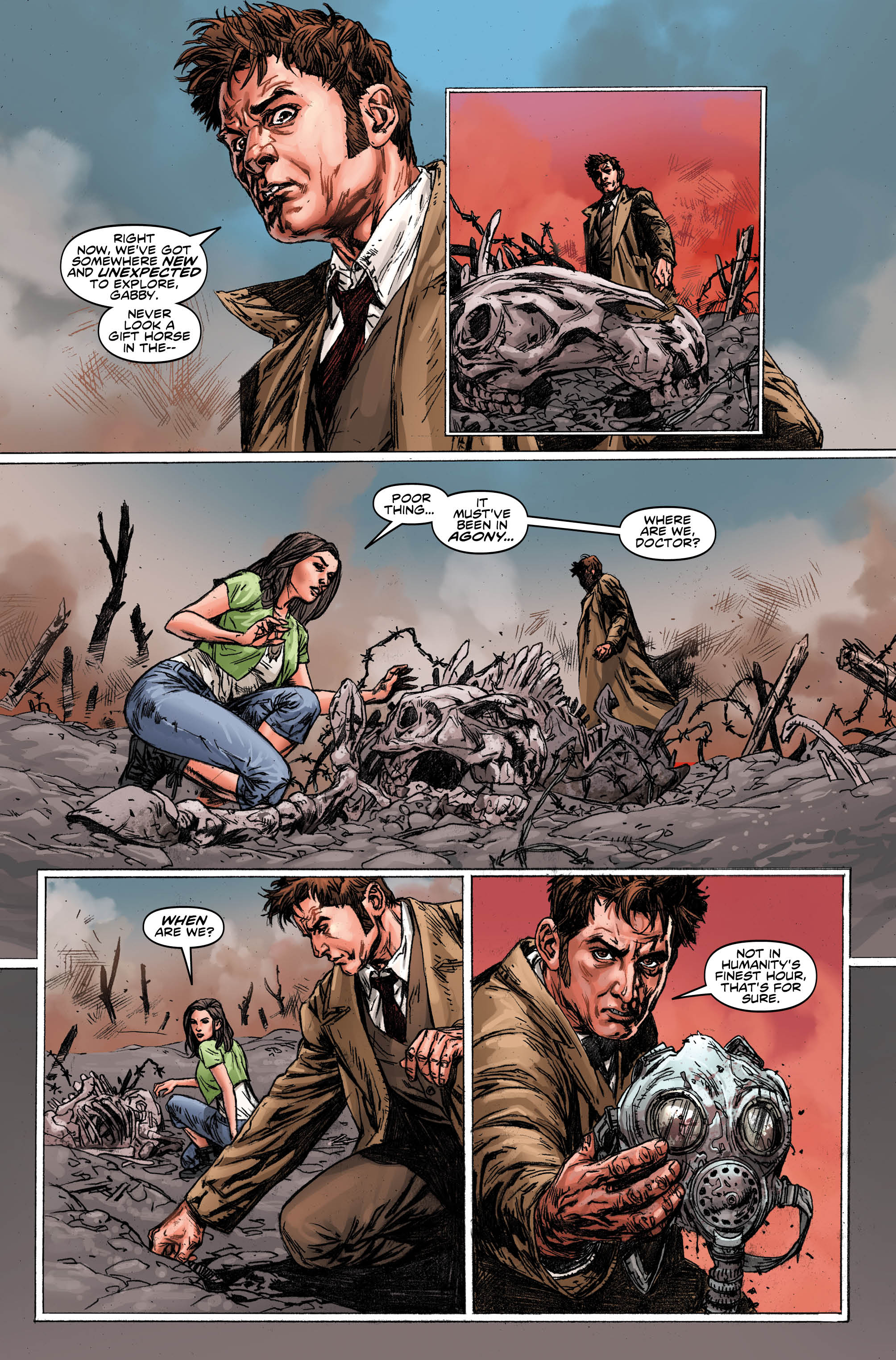 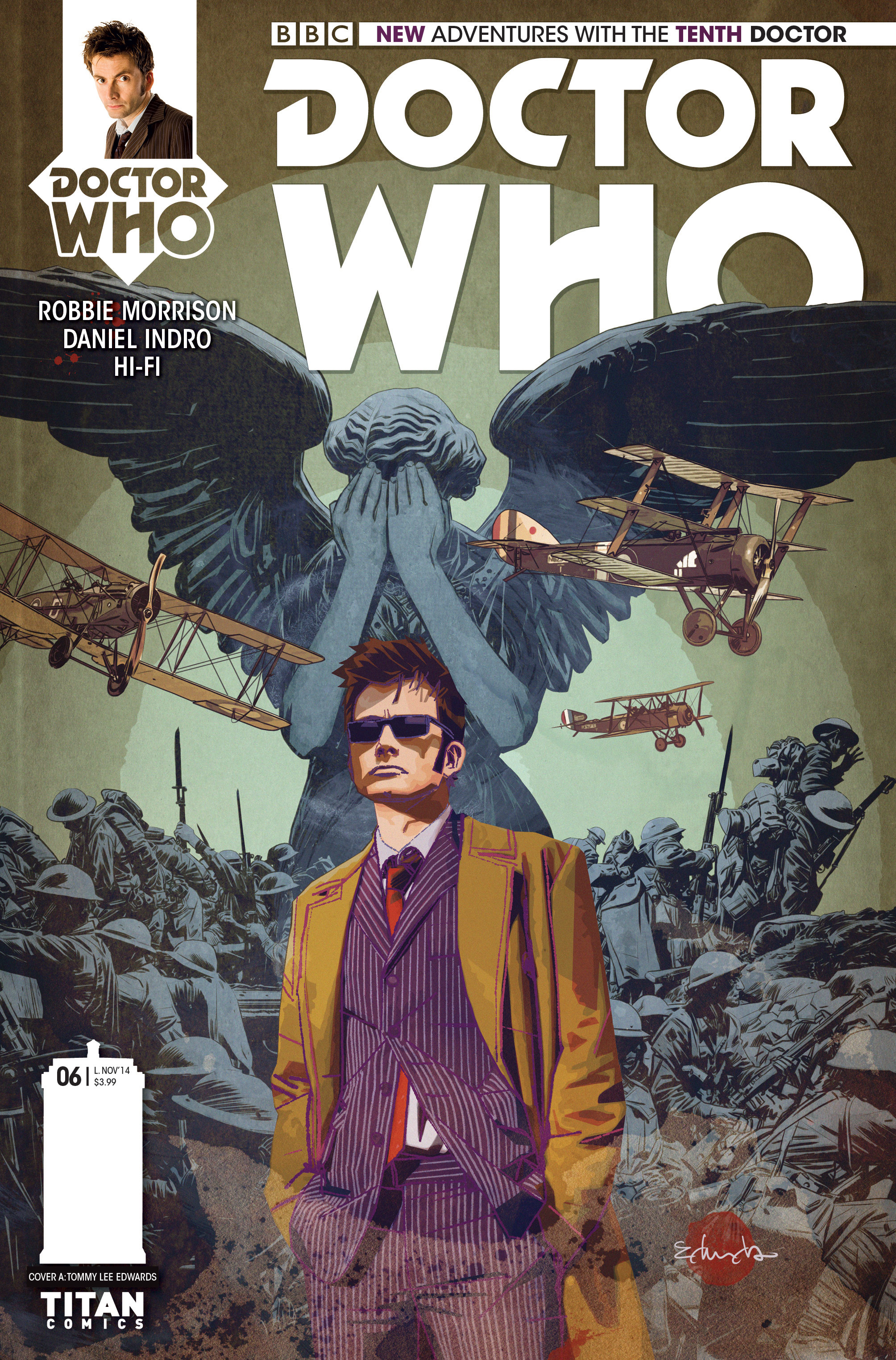 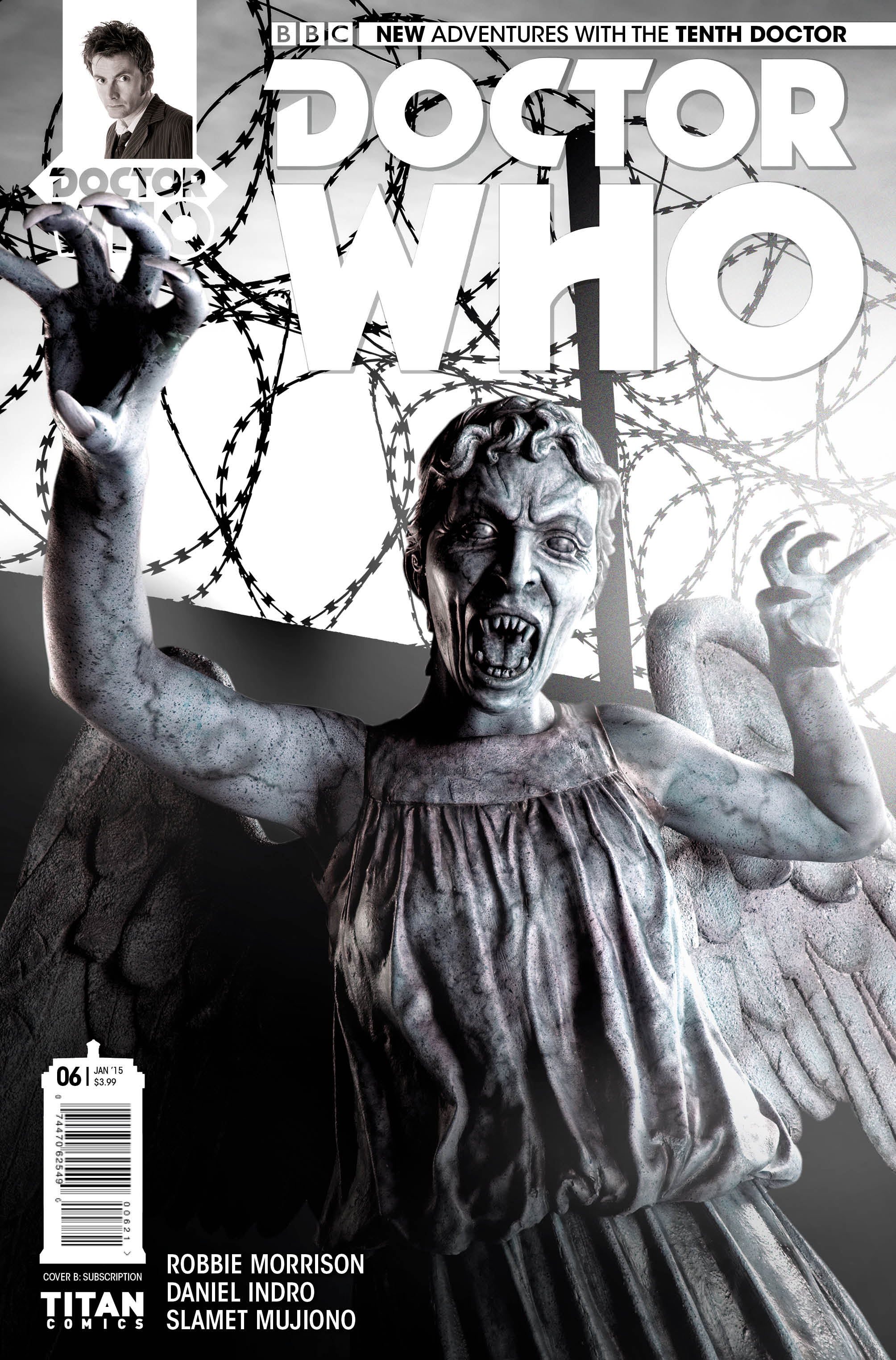 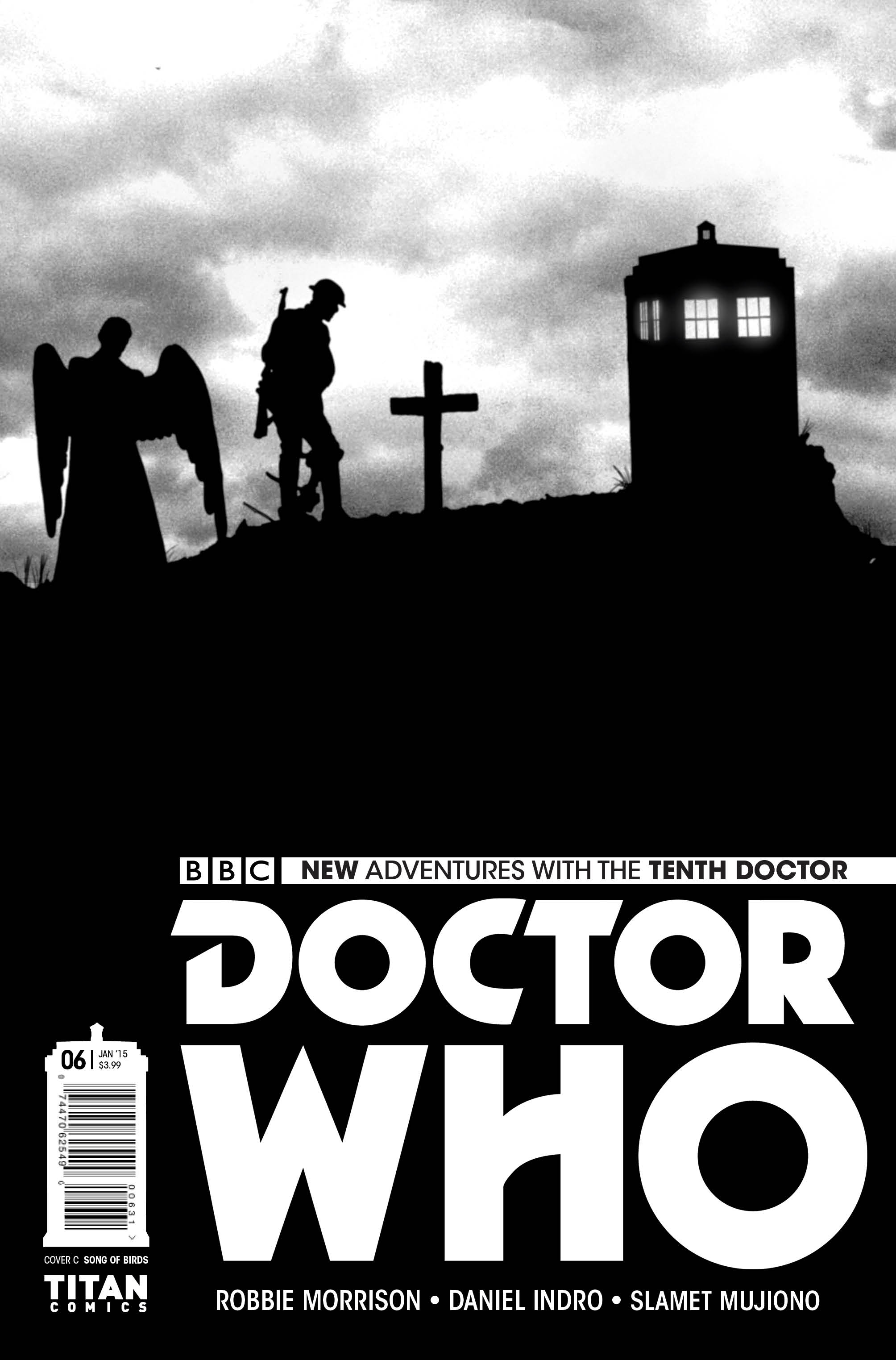