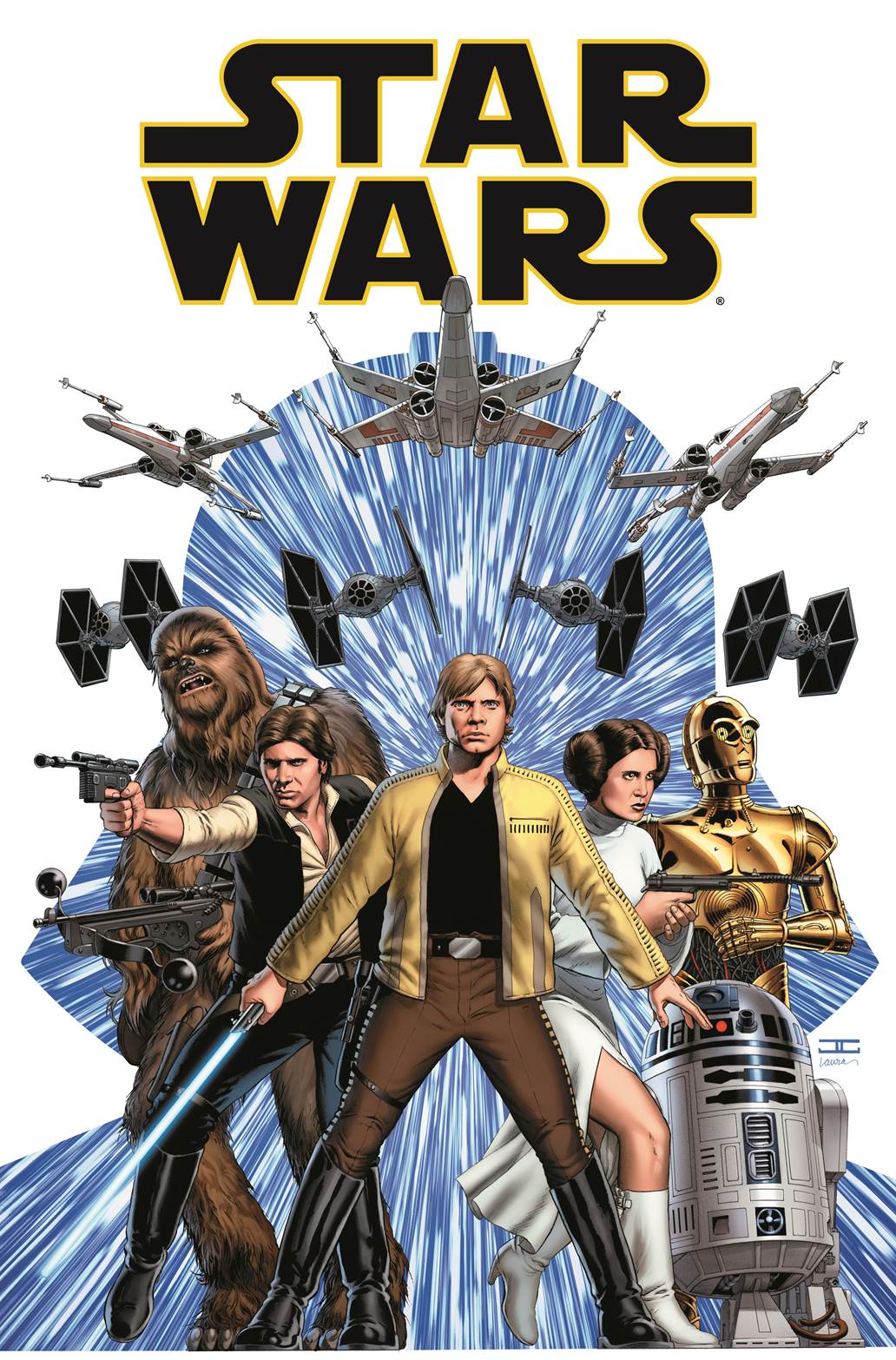 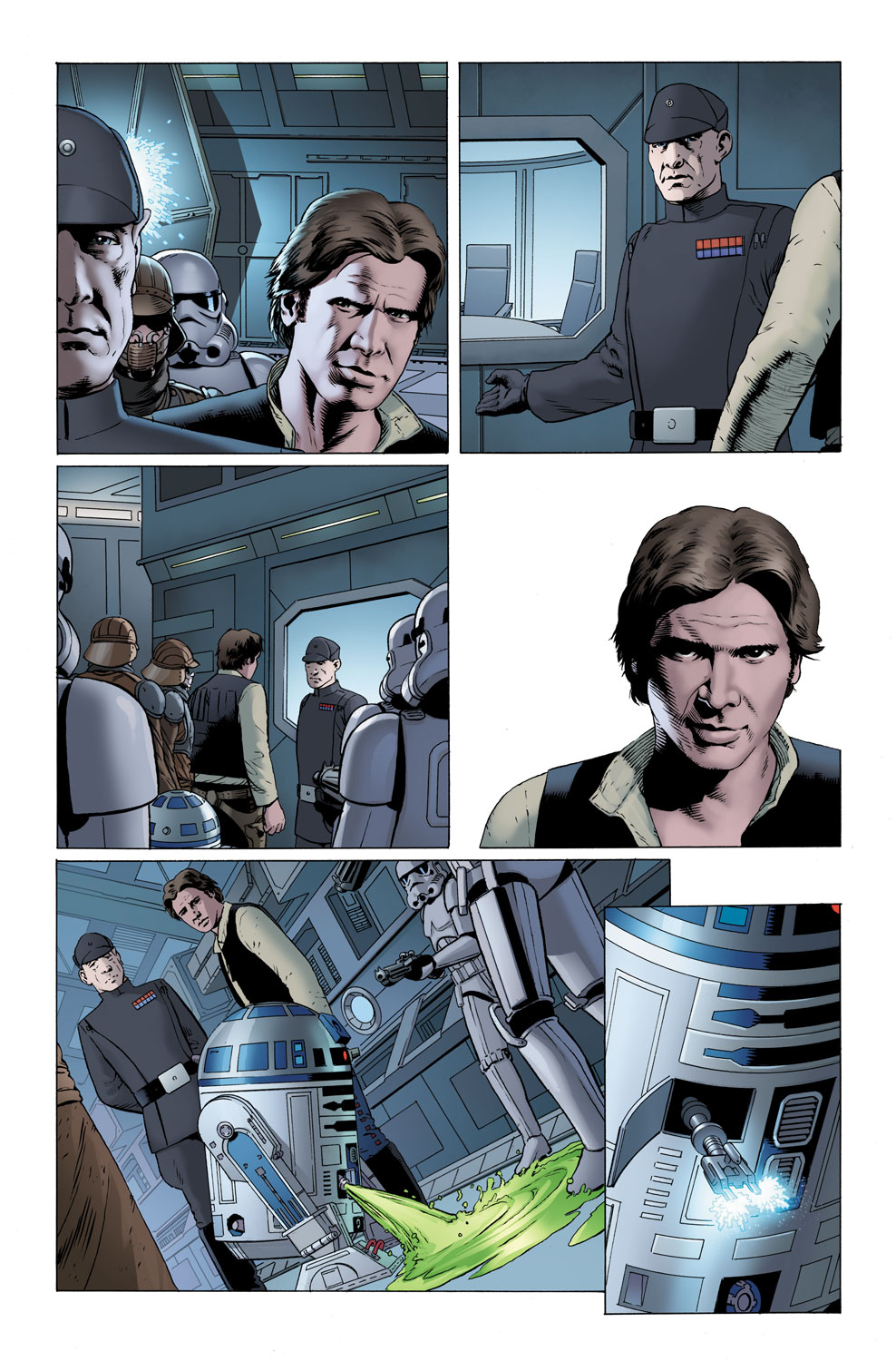 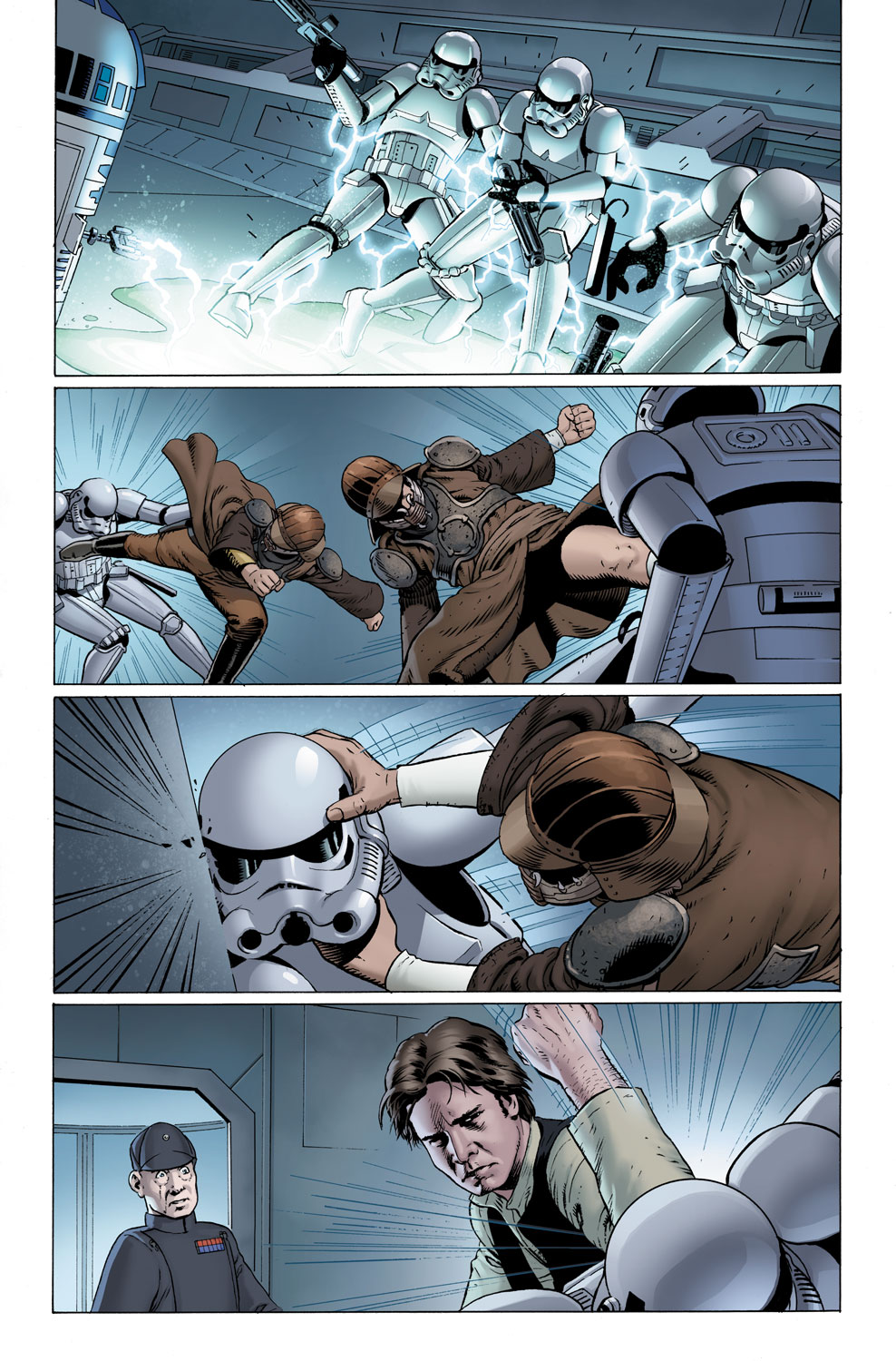 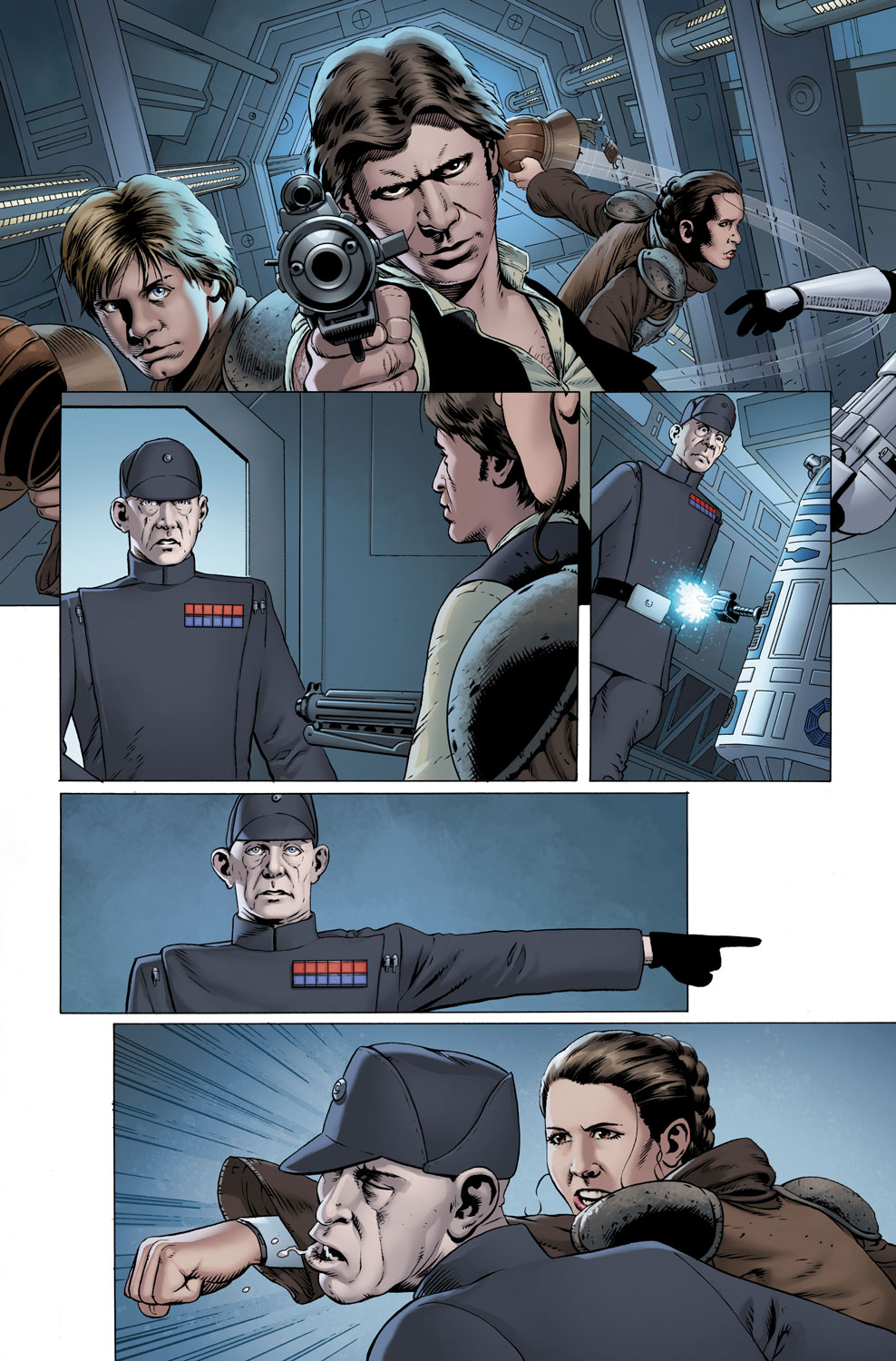 Lucasfilm Ltd. and Marvel Entertainment are extremely proud to present your new look at the highly anticipated STAR WARS #1 – the blockbuster new ongoing series welcoming Star Wars™ back home to the House of Ideas! The all-star creative team of Jason Aaron (Thor, Original Sin), artist John Cassaday (Astonishing X-Men) and colorist Laura Martin bring a galaxy far, far away to life like never before as the adventures of the Rebel Alliance continue following the events ofStar Wars: A New Hope!

“Every story is about the characters, and we’ll focus on all the old favorites,” writer Jason Aaron tells Marvel.com “There will be big moments for everyone, from Han to R2-D2. But a major part of the narrative will be driven by Luke Skywalker and his journey of discovery, a journey that will decide the fate of the entire galaxy.”

Taking place immediately after the destruction of the first Death Star, join Luke, Leia, Han, Chewie, R2-D2 and C-3PO as the Rebel Alliance attempts to liberate the galaxy from Darth Vader and the tyranny of the Empire! Created in close partnership with Lucasfilm, this new ongoing comic series will exist as part of the canon for the Star Wars Universe!

“If you’re not excited for Star Wars right now, you must be living under a rock!” says Star Wars Editor Jordan D. White. “All anyone is talking about is that awesome teaser…and it’s still a whole year before the movie comes out! Fortunately, we’ve been working overtime to bring you all-new adventures of the original Star Wars gang to satisfy everyone’s hunger for space adventure! Jason Aaron, Kieron Gillen, Mark Waid—these are some of the best writers in the comics industry, and they are sparing no expense to craft stories that live up to the classic series with the same feel and tone of the original.  Combine them with the amazing artwork of John Cassaday, Salvador Larroca, and Terry Dodson—each one a serious Star Wars fan themselves—and trust me…these comics will be everything you could want from a Star Wars series.”

The world of Star Wars™ is set to make it’s triumphant return to Marvel beginning in January 2015, and now is your chance to jump on board the brand new series for one of the biggest launches of the year! Take your first step into a larger world when STAR WARS #1 comes to comic shops and digital devices this January!