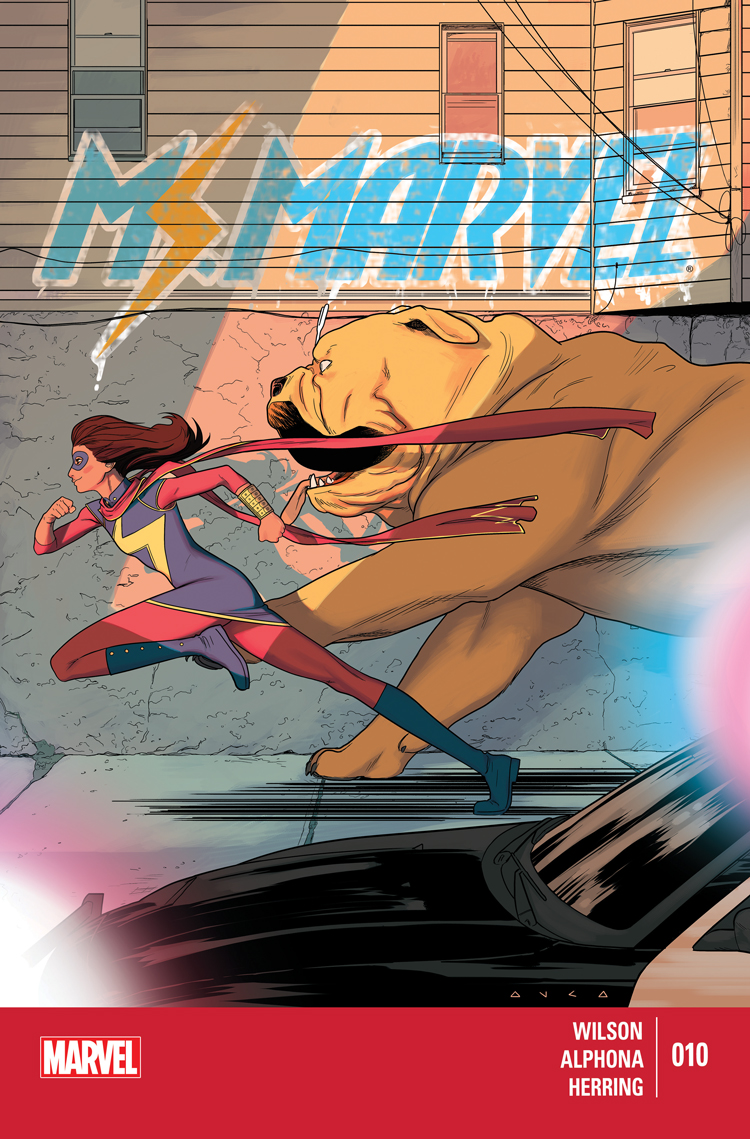 Marvel Entertainment is excited to announce the exclusive agreement with the groundbreaking Ms. Marvel and X-Men writer, G. Willow Wilson.

Reflecting on the pantheon of talent who has shaped her childhood growing up reading comics, Willow says, “I’m thrilled to be working more closely with Marvel. I’ve been reading the works of Mark Waid, Brian Michael Bendis and Rick Remender since I was a nineteen-year-old college kid, so to be part of that collective creative effort is really very special to me. I’m excited to move forward and see what the future brings.”

After finding critical acclaim with her previous works Cairo and the Eisner Award nominated series Air, Wilson dove into the Marvel Universe, and the international spotlight, with the debut of Marvel’s first solo series featuring a teenaged Pakistani-American Muslim, Ms. Marvel. And even as she pursues new creative endeavors with the House of Ideas, Wilson promises to keep the adventures of Marvel’s latest breakout Super Hero continuing.

“In the next couple of months, there are going to be big things happening for Ms. Marvel–tougher choices, bigger obstacles, more tension as her personal life and her role as Jersey City’s own Super Hero come into conflict,” says Wilson. “And not to go spreading rumors, but a certain team up that fans have been begging for may be in the works!”

Coming to the end of her first year with Marvel, Wilson has already set records with Ms. Marvel and moves on to her next assignment on a big Marvel Comics property: the all-female team of mutants in X-Men! Excited for the inclusion of G. Willow Wilson’s exceptional interpersonal scripting, series editor Daniel Ketchum says, “Not only is Willow an adept storyteller and collaborator, but she also brings to the table so much enthusiasm for the characters. Her arc of X-Men is set up as a mystery, one that will take the team to corners of the Marvel Universe outside of the X-Men’s usual purview, as well as into their own past.”

Wilson continues to expand on her upcoming run, which starts in January 2015 with X-Men #23, by saying, “Writing the X-Men has been a unique challenge–it’s the team book that got me into comics as a kid, and they have so much history. I wanted to get them out of their element–quite literally–and tell a story that was unexpected and fresh. How do you challenge some of the most powerful mutants on the planet? Put them up against the planet itself. That was the genesis of my upcoming arc on X-Men, ‘The Burning World.’”

When news breaks of Wilson’s latest projects, you can be sure to find it at Marvel.com. Please also visit G. Willow Wilson’s own website, gwillowwilson.com, and follow her on Twitter @gwillowwilson.