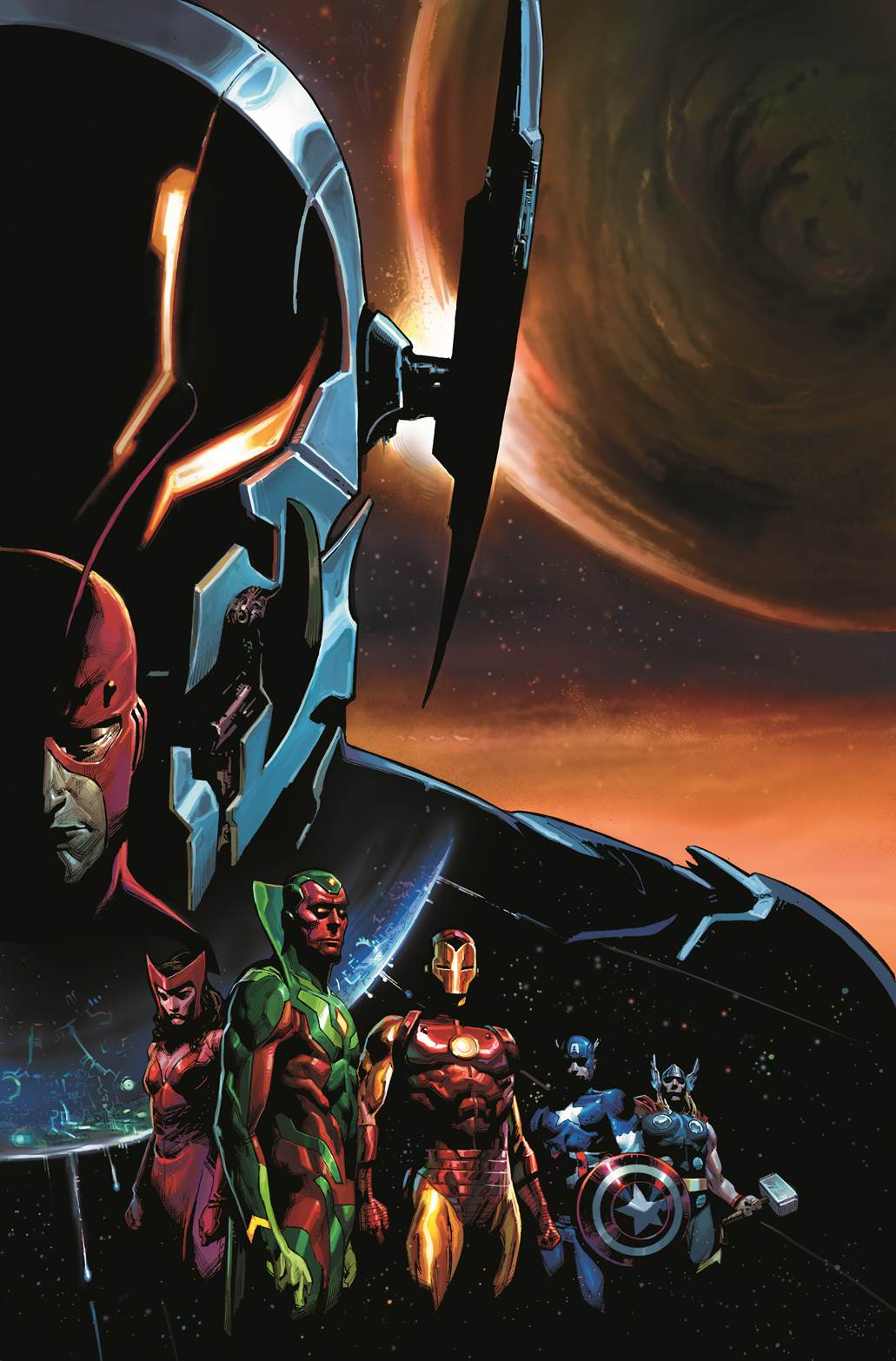 Gorgeously rendered by Opeña & White, this full length original graphic novel marks another stellar offering from Marvel’s all new OGN line, featuring the world’s most popular super heroes brought to life by the best creators in a high-end, oversized format.

“This cover holds a ton of secrets,” says Avengers: Rage of Ultron writer Rick Remender speaking with Marvel.com. “There are Avengers from two different eras, and the story takes place in both of those eras. This is some of Jerome and Dean’s best work and the story promises to be nothing short of Earth shattering for the Avengers.”

“When you release a cutting-edge graphic novel featuring some of the greatest pop-culture icons in the world just in time for their next summer blockbuster, you go big,” says Tom Brevoort, Executive Editor. “That’s why we brought out some of the industry’s top flight talent, Rick Remender, Jerome Opeña and Dean White for an unforgettable adventure that will redefine Ultron, one of the Avengers’ baddest villains for old and new fans alike.”

Time and again, Ultron has reformed. Each time more powerful and more deadly than the last. Now, with complete control over the central computer core of Saturn’s moon Titan, only the Avengers stand in the way of total annihilation at the hands of Planet Ultron! Home of the Eternals and birthplace of Thanos, Saturn’s moon Titan now bends to Ultron’s will. Only Ultron’s inventor, Hank Pym holds the key to defeating his own creation – but at what cost?