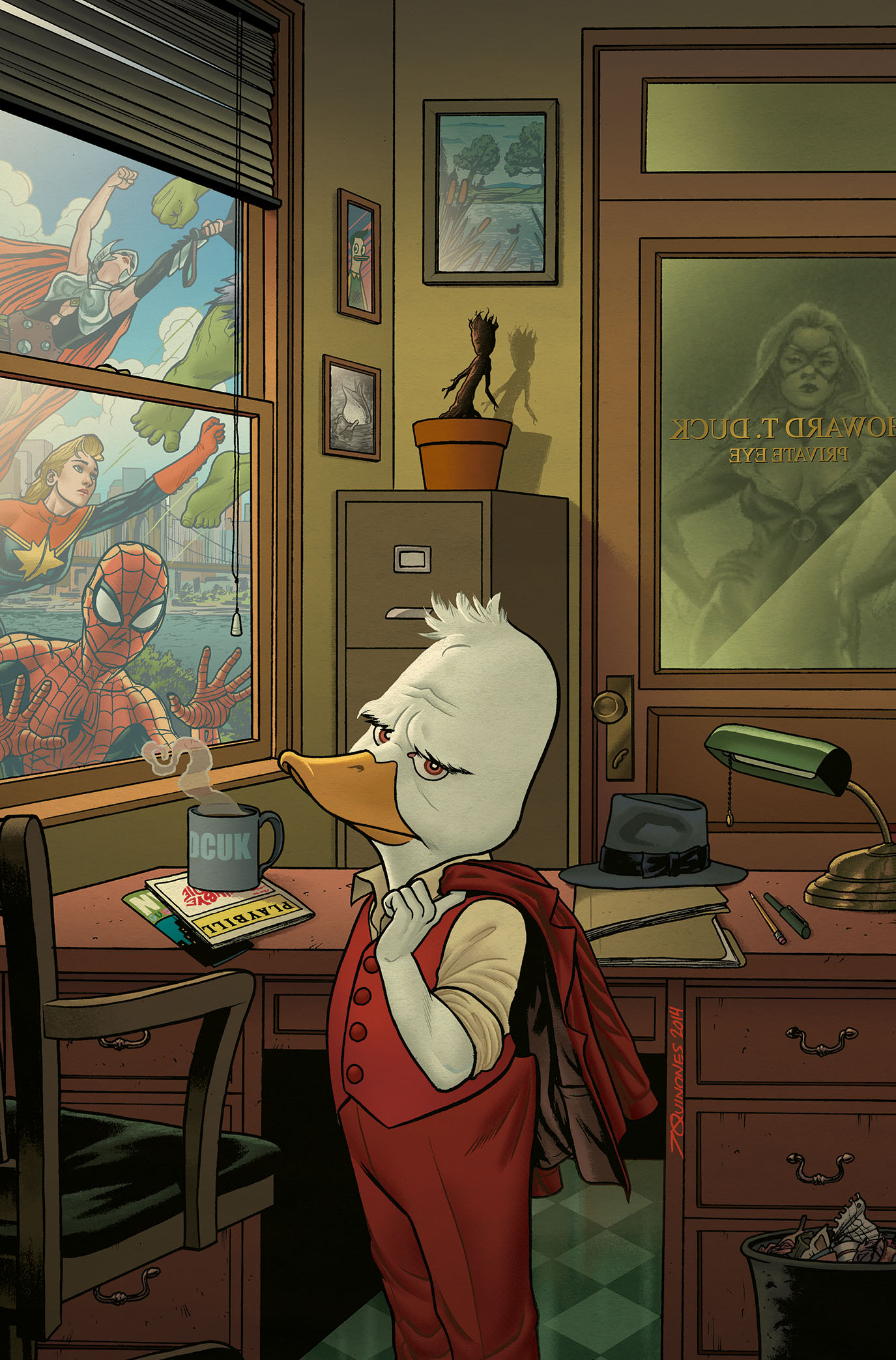 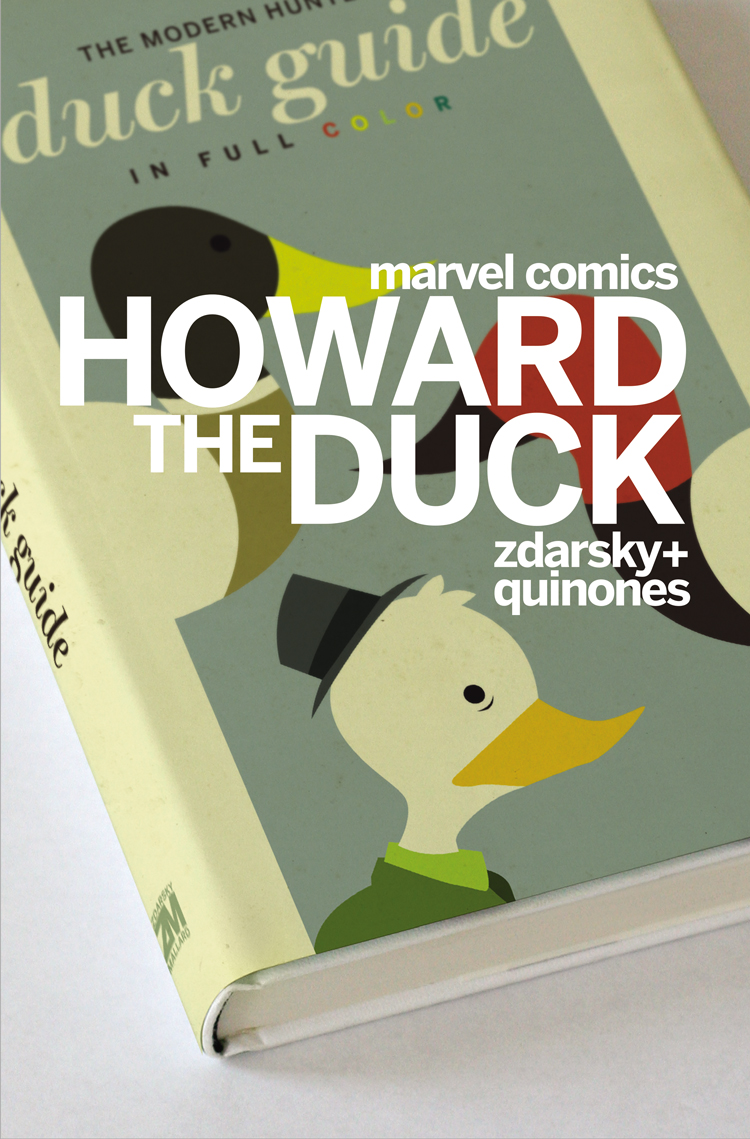 Thanksgiving is right around the corner. But who needs turkey, when you can have a little duck?! That’s right – he’s back! The fabulous fowl. The web-footed wonder. The denizen of Duckworld. The one and only HOWARD THE DUCK! And he’s coming to you this March for HOWARD THE DUCK #1 – a brand new ongoing series from writer Chip Zdarsky (Sex Criminals, Original Sins) and artist Joe Quinones (Savage Wolverine, Harley Quinn)!

Straight from Marvel’s Guardians of the Galaxy…post-credits scene comes the comic book return of the Marvel Universe’s most satirical sort. Join him as he takes on the Marvel Universe’s strangest cases only a talking duck can quack as New York City’s newest private investigator! New York City is full of the strange and the weird – a talking duck gumshoe shouldn’t be that much of a shocker!

Of the title’s new direction, Howard the Duck Editor Wil Moss said “We’re thrilled to be bringing Howard back to the stands! The stuff Chip & Joe have planned for this series…well, to be honest, I don’t know if we’ll be able to publish most of it. But the stuff that does clear with legal is going to be amazing! Plus there’ll be some backup stories starting in issue #2 by a dream-team of guest contributors — a lot of people are eager to take a shot at this duck!”

Be there when Howard the Duck ventures through the Marvel Universe, trapped in a world he’s become accustomed to as he takes on the Black Cat, She-Hulk and mysterious forces from outer space! Plus maybe even a Guardian of the Galaxy or two! (Mmmmmaybe.)

Howard’s just a regular guy…who also happens to be a duck. Don’t miss his tour through the Marvel Universe when HOWARD THE DUCK #1 comes to comic shops and digital devices this coming March. WAUGH!