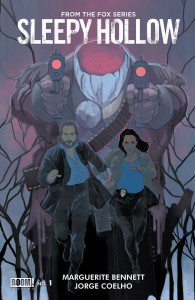 After dying on the battlefield during the Revolutionary War, Ichabod Crane awakes in present-day Sleepy Hollow, New York. His resurrection is tied to the reappearance of the Headless Horseman, one of the Four Horsemen of the Apocalypse. Realizing it is his mission to help stop the end of the world, Ichabod teams with Lt. Abbie Mills to meet each evil threat head-on. When minor miracles start to sweep the town, they’re glad something good seems to be happening for once. No decapitations, no headless horseman, no worries, right? But as one by one the miracles start to backfire, more and more violently, Abbie and Ichabod must find time between saving the world to save the citizens of Sleepy Hollow…

This was a tough one to post… Not at all because it isn’t a title that’s off to a promising start, but just because I’m a fan of the show. It almost feels like cheating to me, and I’m worried that I’ll let my opinion of the series color my opinion on the comic. My wife says I’m an idiot, and should just post what I wanna post. She is wise. She is good.

Sleepy Hollow, the television show, plays out very well as a character piece. It takes the “fish out of water” storyline that we’re very familiar with, and relies on solid character writing and acting to pull it off. I think it does it very well. Sleepy Hollow, the Boom Studios comic, shows the same promise. The added benefit of translating a television show, with its limited budgets and (often equally limited) studio executives, is that a comic book has no special effects limit. Also, comic book readers tend to be more open to incredible storylines, much more forgiving when it comes to “suspension of disbelief”.

In the preview pages I had to look at, I see some of the dialogue and interplay between Ichabod Crane and Abbey Mills that I’ve enjoyed in the show. The characters seem true to their sources so far, and that’s going to be an ongoing hurdle for the title. The artwork is a fitting style for the series, giving us solid renditions of the established characters. As a fan of the show, the comic has some big boots to fill. Based on the preview pages, it’s off to a fair start. 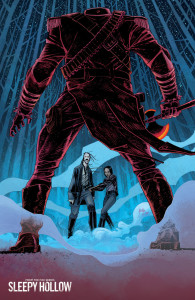 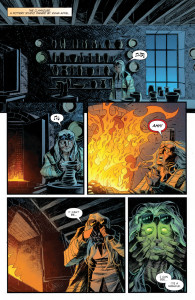 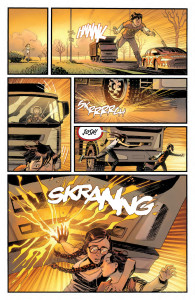