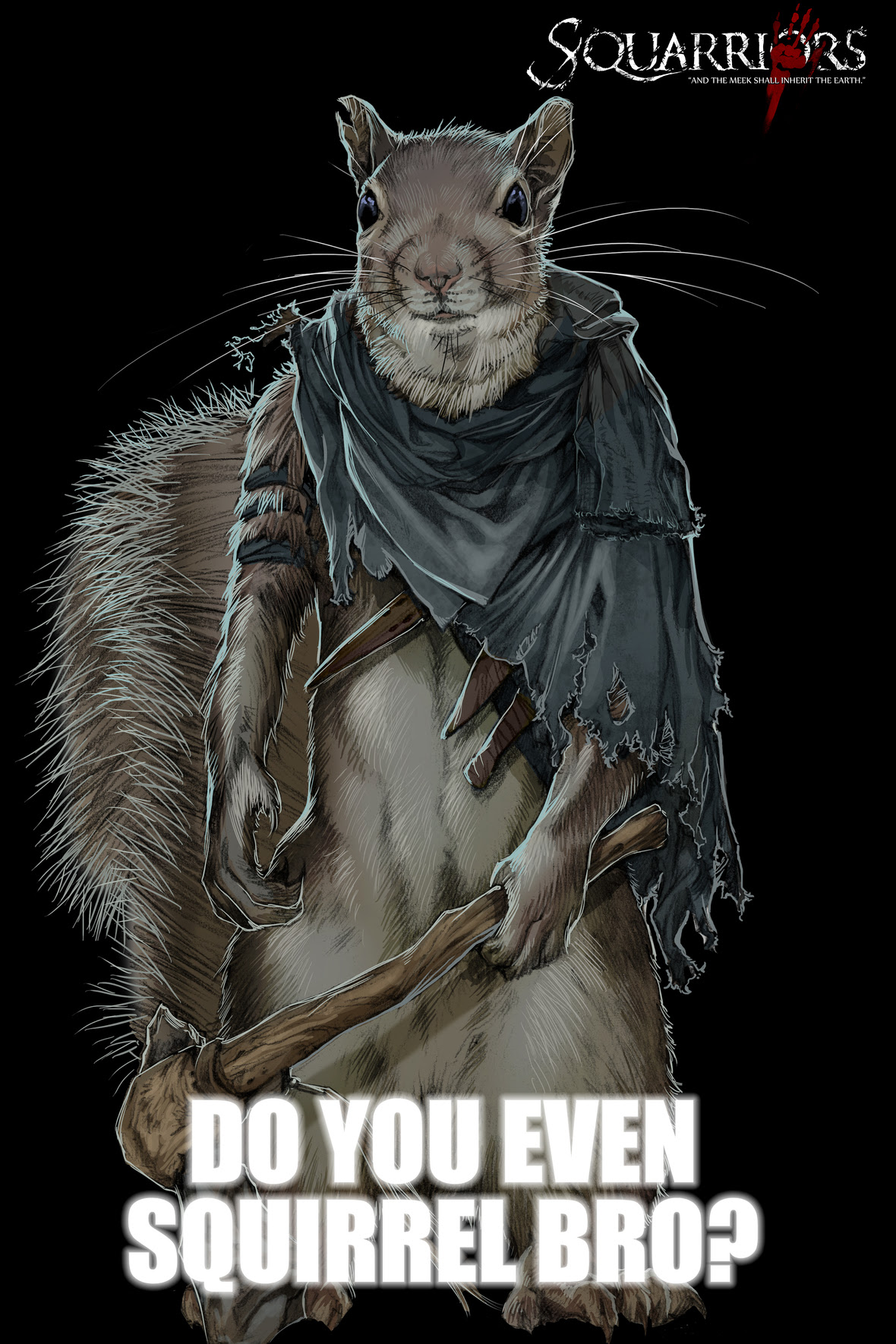 Fans anticipating the upcoming hit Squarriors comic from Devil’s Due Entertainment can now be featured in a new Squarriors viral campaign when taking photos of themselves with their favorite character (in paper format, via a downloadable PDF) at their local comic shop.

Since its announcement in June, Squarriors has been building buzz, closed a successful Kickstarter campaign, secured three retailer exclusive covers (including Midtown Comics with two more to be revealed), and is now in Diamond Comics’ Previews catalog, set for release in December.

Devil’s Due has launched the domain www.DoYouSquirrel.com, where participants simply choose their favorite character to download, print and cut out. Their new Squarrior friend can then accompany them to a nearby comic book store where a selfie is taken, holding the character and tagging the comic’s details in social media feeds.

The “Do You Squirrel” video challenge ups the ante, whereby an unsuspecting individual is asked if they “Squirrel.” Videos may be posted on social media feeds (with consent from all recorded), and tagged. Get more details atwww.DoYouSquirrel.com or www.DevilsDue.net

Devil’s Due will be selecting the best tagged images to feature on DoYouSquirrel.com and giving away prizes to random supporters, who will be contacted through social media.

ABOUT DEVIL’S DUE ENTERTAINMENT: Devil’s Due Entertainment is a comic book publisher and incubator of diverse pop culture content. As “cartographers” drawing the maps in an evolving comic book industry, Devil’s Due brings together a vertically integrated platform to develop stories and fantasy worlds, and then implement the circulation of that content. In addition to its own creations, the company is servicing the needs of its partners who want to draw attention to and monetize their brands in merchandising, film, television, and various channels in the pop culture space.

ABOUT SQUARRIORS:
Squarriors is a comic book saga created by writer Ash Maczko and Artist Ashley Witter that centers around several clans of animals living in a world recently voided of humans. Since the demise of humanity, the remaining animal life on the planet have become intelligent. The sudden spark of rational thought creates an internal struggle for these creatures; instinct versus reason.  Animals of all species find themselves creating tribes and societies – each with their own beliefs, leaders, laws, and even armies. Some are working to be civilized while others embrace the barbaric ways of their ancestors.  The clashing of these ideas erupts into ultra-violent wars across the planet. The remaining question, what did the humans do to result in their extinction? And how can the new inhabiting civilization avoid the same fate?