Dynamite Entertainment is proud to reveal one of the biggest secrets of the Battlestar Galactica mythos in the upcoming miniseries event, Battlestar Galactica: The Death of Apollo.  Scheduled for release this December, The Death of Apollo reunites the creative team of fan-favorite comic book writer Dan Abnett (one of the architects of the Guardians of the Galaxy phenomenon) and talented artist Dietrich Smith in a heartwrenching chronicle of the iconic Viper pilot’s last days — an event hinted at during official TV series continuity but never before revealed.

When Battlestar Galactica first captured the hearts of sci-fi fans in 1978, the bold starfighter pilot Captain Apollo stood out as the central character of the series, defending the fleet from the Cylon menace as deftly portrayed by actor Richard Hatch. After the original series came to an end in 1979, the sequel series Galactica 1980 continued the tale of the nomadic fleet, but set years after the events of the previous run.  Captain Apollo was no longer a member of the cast, and in-story dialogue strongly implied that the implacable hero had met his demise in the intervening years. Dynamite Entertainment, for the first time ever, fills in the gap between Battlestar Galactica and Galactica 1980 which officially reveals the fate of the beloved character.

The solicitation for Battlestar Galactica: The Death of Apollo #1 sets the stage for the action of this milestone event: “The fleet has been travelling for years, and at last the human survivors seem to be leaving the war and the Cylons behind them. But the threats never go away. A voice from the past and a bizarre twist of fate leads Galactica into danger once again, and events will take place that will change everything forever.”

“During one of our editorial meetings, it came to light that Apollo — whom many would consider to be the very soul of the original BSG series — had died tragically off-screen in-between the 1978 and 1980 Galactica shows,” says Nick Barrucci, Dynamite Publisher and CEO. “We realized that we had not just an opportunity, but a responsibility to the fans, to shed light on the character’s noble sacrifice. The first person who came to mind to write such an important story was Dan Abnett.  Thankfully, he agreed and turned in an amazing pitch. The term ‘blaze of glory’ cannot even begin to describe what Dan Abnett and Dietrich Smith have planned for the Galactica’s favorite son.”

Dynamite Entertainment has been publishing Battlestar Galactica comic books since 2006, focusing on each incarnation of the franchise from the classic continuity of the 1978 television series, to the Galactica 1980 follow-up, and finally to the reimagined series aired on Syfy from 2003 through 2009.  Recently, Dynamite has published a bestselling Battlestar Galactica series by Dan Abnett and Andy Lanning set in the classic continuity, as well as a miniseries focusing on Galactica’s scoundrel with a heart of gold, Starbuck. 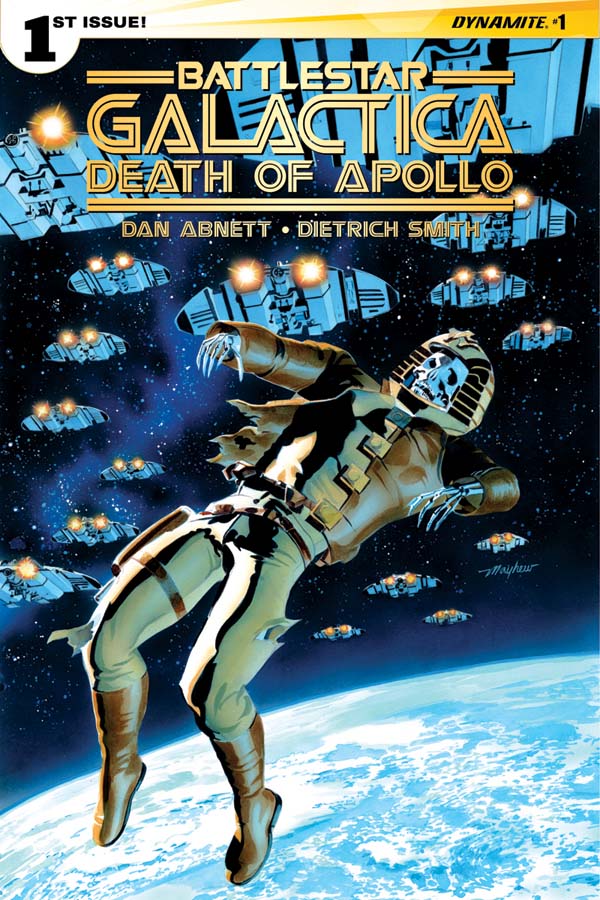 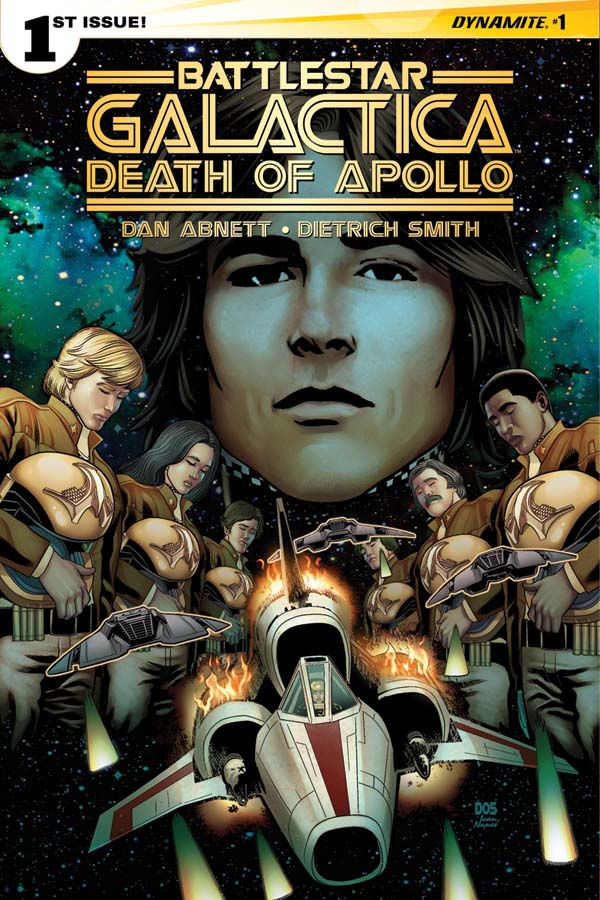 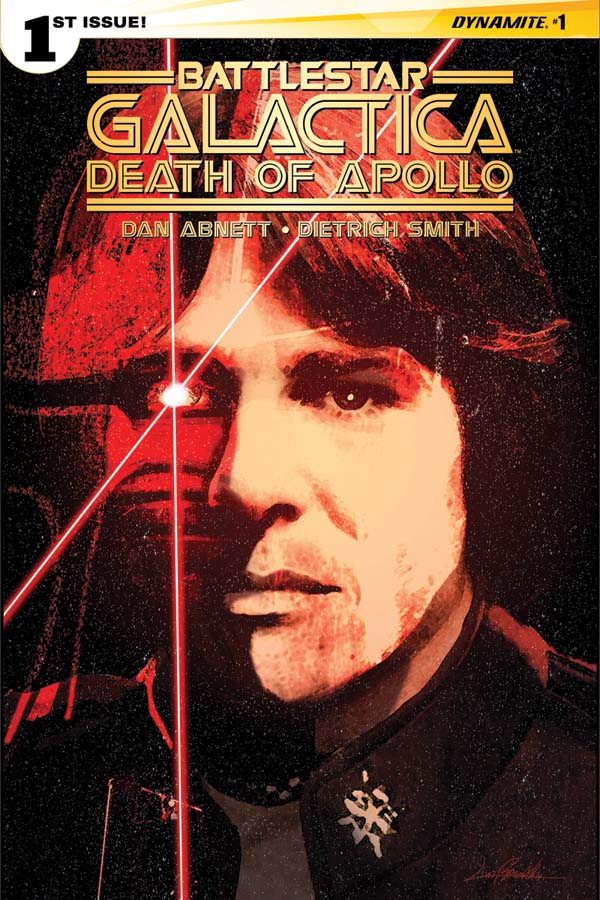 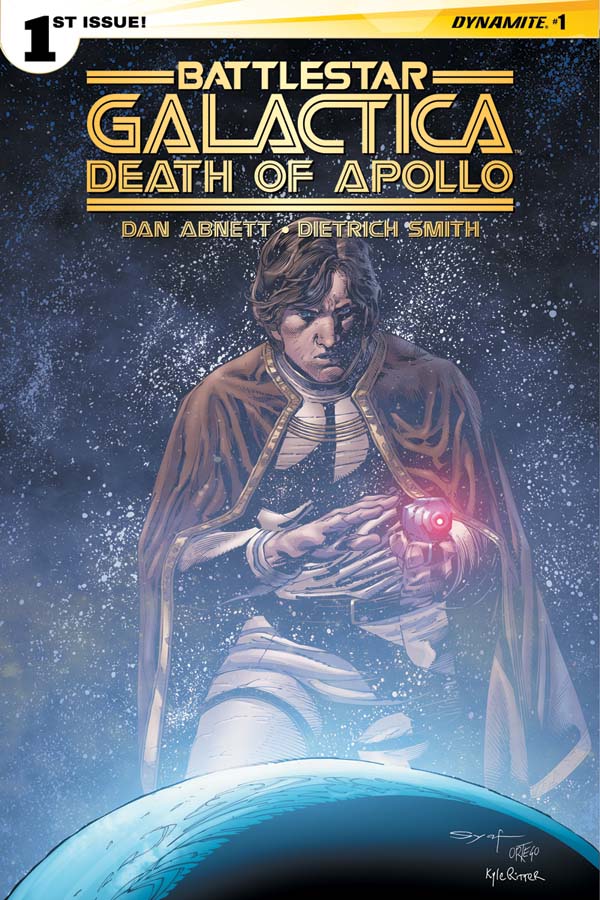