Certain restrictions may apply. All events are subject to change.

Below are featured comics and the writers and/or artists who will be signing them. Free comics, prints, or posters will be available at each signing while supplies last. Comics will also be available for sale, availability pending.

6:00 p.m.–6:50 p.m.  BUFFY THE VAMPIRE SLAYER Nicholas Brendon**This is a ticketed event. Only Buffy the Vampire Slayer comics or materials provided by Dark Horse Comics, please. Two items per person. No photos. Wristbands will be distributed on Saturday at show opening at the Dark Horse booth.

Check out these panels featuring our creators!

Spotlight: Alex Maleev Room: Panel Room 7 Time: 11:00 a.m.–11:50 a.m.Alex Maleev, best known for multiple collaborations with Brian Michael Bendis for Marvel comics, is returning to the world of Mike Mignola’s Hellboy this fall. In December, Dark Horse will launch Hellboy and the B.P.R.D., Maleev’s first work on the beloved beast of the apocalypse since 2003’s “Still Born” from the anthology series Hellboy: Weird Tales. Join us for an exclusive first look at the upcoming series, as well as a career-spanning discussion.

Spotlight: Greg Rucka Room: Panel Room 7 Time: 1:00 p.m.–1:50 p.m.Eisner Award–winning writer and novelist Greg Rucka has made a name for himself by crafting powerfully complex and human stories that can make the most fantastical characters feel real. Sit in on a conversation with the writer of Lazarus, Stumptown, Whiteout, and Veil that gets to the heart of how he gives characters souls.

Demented Heroes: The Dark Side of Superhero Comics Room: Panel Room 2 Time: 2:00 p.m.–2:50 p.m.While film may favor the classic depiction of capes and cowls, many of today’s comics continue to push the definition of “hero.” Some of the industry’s biggest and brightest have taken the superhero concept and turned it on its head. Many are creating characters and worlds that revel in a much darker vision of high-powered heroes and villains, making it hard to determine whom the reader should be rooting for. Join us for a discussion about the darker take on costumed characters with writers Tim Seeley (Sundowners), Jai Nitz (Dream Thief), and writer/artist Michael Avon Oeming (The Victories), moderated by Dark Horse editor in chief Scott Allie.

Buffy the Vampire Slayer Panel Room: Panel Room 1 Time: 3:00 p.m.–3:50 p.m.The heart of the Scooby gang and one of the most powerful big bads join forces for a panel guaranteed to slay the audience. Join Nicholas Brendon (Xander Harris), and Clare Kramer (Glory) as they give you all the details and answer every question about working on one of the greatest shows in pop culture. Moderated by the editor in chief of Dark Horse Comics, Scott Allie.

Baron and Rude: 30 Years on Nexus Room: Panel Room 6 Time: 3:00 p.m.–3:50 p.m.Join writer Mike Baron and artist Steve Rude, the award-winning creators of the long-running comic seriesNexus. After three decades and three publishers, the creators reveal for the first time the behind-the-scenes trials involved in creating such an enduring book.

Spotlight: Tony Moore Room: Panel Room 7 Time: 3:00 p.m.–3:50 p.m.Tony Moore is an Eisner-nominated artist and the cocreator of The Walking Dead and Fear Agent. He’s worked on some of the biggest characters in comics, including the Punisher, Ghost Rider, and Deadpool. Join Tony to find out what it takes to be one of the most influential comic artists of the last decade.

Dark Horse Manga: An Afternoon with Carl Horn Room: Panel Room 2 Time: 12:00 p.m.–12:50 p.m.Dark Horse’s history with Japanese comics can be traced back to the company’s earliest years, with a legacy that includes such legendary series as Oh My Goddess!, Lone Wolf and Cub, Berserk, and many more! Today Dark Horse continues to publish some of the industry’s best-selling titles, like Neon Genesis Evangelion, Oreimo, and the works of the creative powerhouse CLAMP. Join Dark Horse’s resident manga guru and editor extraordinaire, Carl Horn, for a look at the past, present, and future of manga at Dark Horse.

Spotlight: Matt Wagner Room: Panel Room 7 Time: 1:00 p.m.–1:50 p.m.Writer/artist Matt Wagner began his career in 1982 with the publication of his most well-known character,Grendel. Since that time, in addition to his own creations, he has lent his talents to the likes of such notable characters as Batman and the Shadow, along with many others, and is currently pitting Grendel against the latter in an upcoming series copublished by Dark Horse and Dynamite Entertainment. Join us for a look back at Wagner’s storied career, as well as current and future projects.

30 Years of Masters of the Universe Room: Panel Room 2 Time: 3:00 p.m.–3:50 p.m.Next year, one of the most beloved toy and entertainment franchises of the 1980s will receive a deluxe hardcover treatment from Dark Horse chronicling thirty years of the powers of Eternia! Now, we invite you to join writer Tim Seeley, original series animator Tom Cook, and more for a sneak peek of the upcoming The Art of He-Man and the Masters of the Universe, and a discussion of what makes He-Man one of the most enduring cartoon legacies of all time!

Spotlight: Ethan Nicolle Room: Panel Room 7 Time: 3:00 p.m.–3:50 p.m.Ethan Nicolle is one half of the dynamic duo that brought you the hit comics series and animated series Axe Cop. Sit in on this already-legendary panel that is all about the world he and his little brother made. If you’re lucky, you’ll even get to ask some questions. 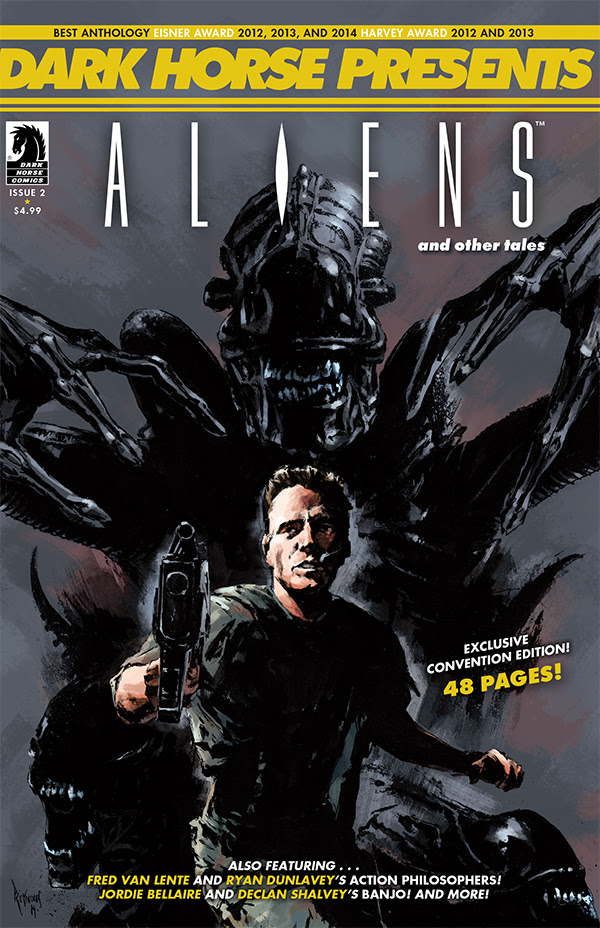