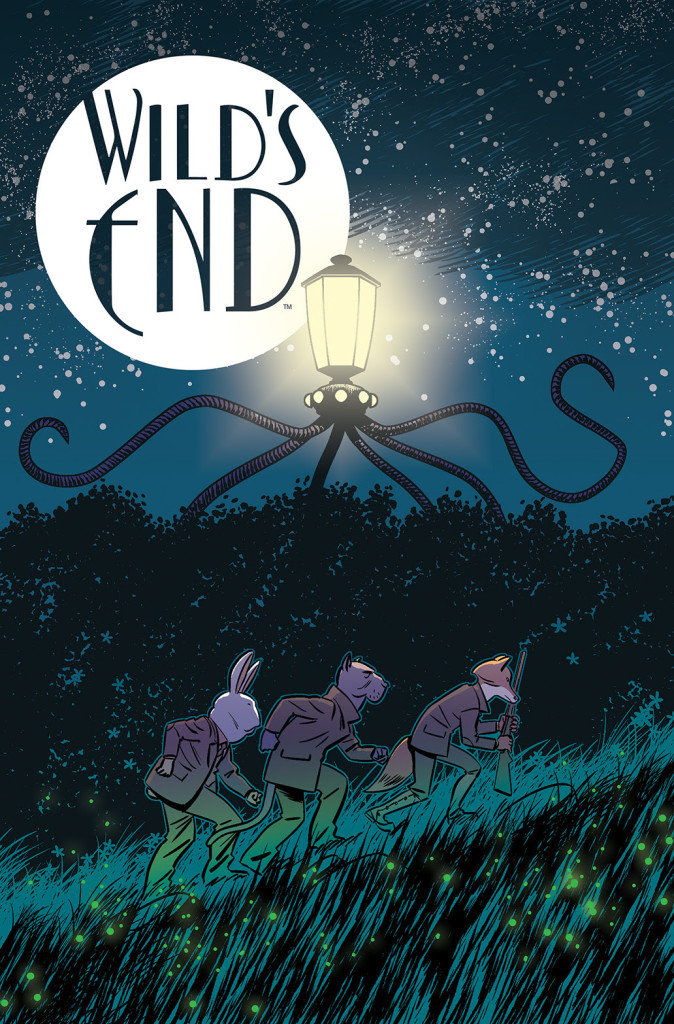 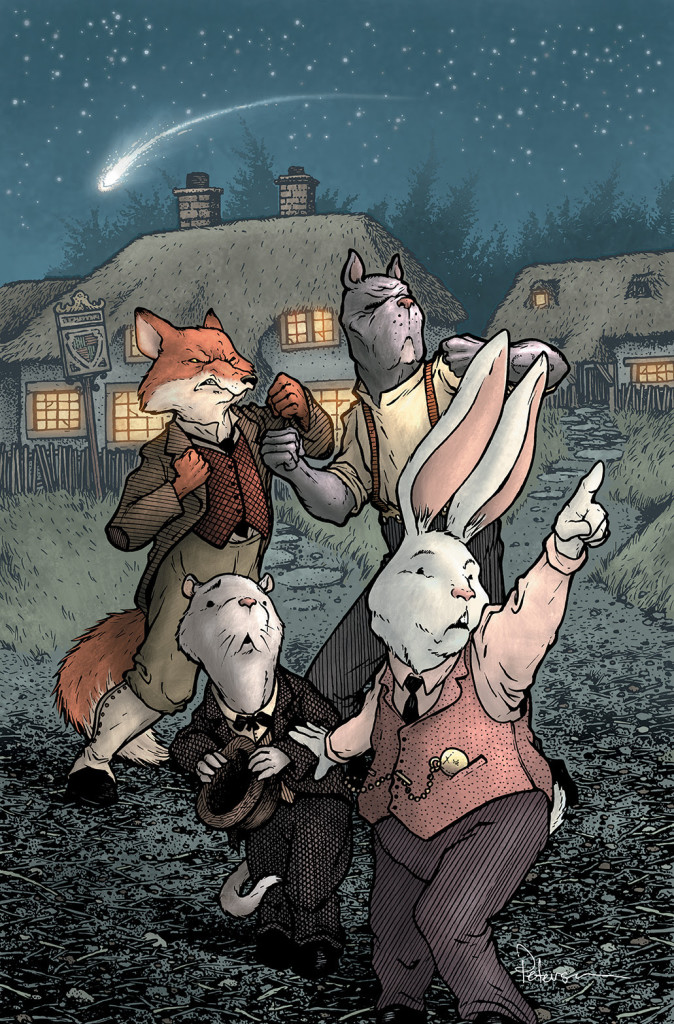 Fight back with BOOM! Studios as we take you on a journey of survival with our latest original series debuting in September, WILD’S END. Writer Dan Abnett, whose groundbreaking run on Guardians of the Galaxy was the inspiration for the hit Marvel film adaptation, is teaming up with artist I.N.J Culbard(H.P. Lovecraft’s At the Mountains of Madness) to bring readers a smart take on a classic science-fiction mythos. Abnett takes a decidedly more earthbound vantage point as Clive, Peter, and Gilbert suddenly find their 1930s rural England community invaded by aliens. Fans of Blacksad and MOUSE GUARD will love the anthropomorphic characters of WILD’S END as they struggle to preserve their own lives, which have been upended by the harsh realities of death and violence. Their race to discover the secret behind the invasion is reminiscent of the iconography depicted in H.G Wells’ The War of the Worlds crossed with the buddy comedy humor as found in Edgar Wright’s Cornetto trilogy.

“We are ecstatic to welcome Dan Abnett back to BOOM! with this amazing original series,” said BOOM! Studios Editor-in-Chief Matt Gagnon, referring to the 2012 series by Abnett, THE HYPERNATURALS, that was published by the studio. “Dan is one of comics’ most renowned science-fiction writers, and I can tell you that he and I.N.J are taking us on a ride that’s crazy entertaining and very unexpected with WILD’S END. I think this series is going to find a special place on the reading lists of folks who are looking for something a little different on the comic shelves every month.”

WILD’S END #1 invades comic book shops on September 10th with a main cover by series artist I.N.J. Culbard and a retailer incentive cover by David Petersen (MOUSE GUARD) for the price of 3.99 under Diamond order code JUL140956. Not sure where to find your nearest comic retailer? Use comicshoplocator.com or findacomicshop.com to find one! It’s also available for order directly from boom-studios.com.