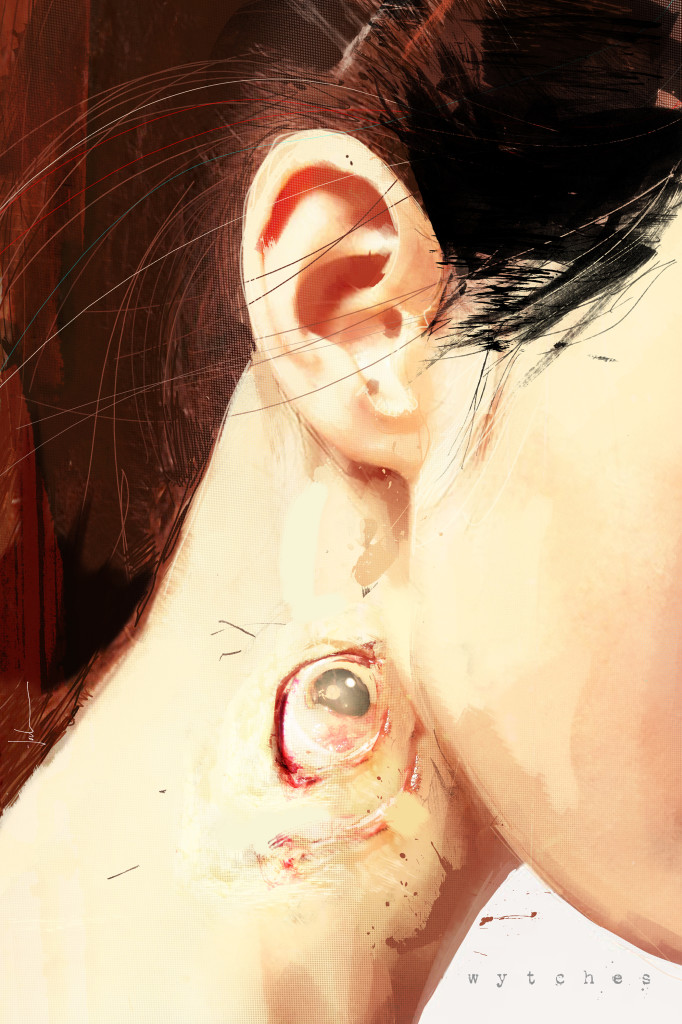 Image Comics has revealed the cover to the second issue of the eagerly awaited new series WYTCHES by NEW YORK TIMES bestselling creators Scott Snyder (AMERICAN VAMPIRE) and Jock (THE LOSERS). The evocative and disturbing cover offers a hint of the horror to come but doesn’t reveal the creatures that haunt our woods… yet.

“We’re keeping the full reveal of the creatures under wraps on these early covers, but they do offer a few visual clues to the Wytches real nature and how they operate,” said Jock. “I’m stunned by Scott’s ideas for them and can’t wait to show them off on future issues.”

“And I’m stunned by how terrifying the wytches are under Jock’s pen! I write them as frightening as possible for myself, and then I see them, and they’re exponentially more disturbing. Their anatomy allows them to hunt more effectively… peeking around trees, hiding until the moment of attack.”

For now, they remain hidden. For just a little longer.

A busload of children disappears in the woods. A strange bite grows on a girl’s neck. And the wytches are getting closer, creeping from the woods. Be there for the terrifying second chapter of the new smash hit, WYTCHES.

ABOUT THE SERIES: Across the globe, century after century, men and women were burned, drowned, hanged, tortured, imprisoned, persecuted, and murdered for witchcraft. None of them were witches. They died protecting a terrible and hidden truth: witches, real witches, are out there. They are ancient, elusive, and deadly creatures that are rarely seen and even more rarely survived. This October, superstar creators SCOTT SNYDER (SEVERED, Batman) and JOCK (SNAPSHOT, Batman) unveil WYTCHES, and introduce you to a world of unimaginable horror.