Two years ago, Robyn Locksley was taken from her home on Earth into the magical realm of Myst, where she helped a city of oppressed people rebel against their king. There, she befriended Will Scarlet and the Merry Men, who helped her get back home. Her story wasn’t over, though—the King’s closest advisor, Guy of Gisbourne, had an ax to grind with Robyn. By defeating him and subsequently sparing his life, she stole his honor as a knight… so he took it upon himself to reclaim the city of Nottingham in an act of revenge.

However, Gisbourne’s plan backfired. In unleashing a super soldier known as the Sheriff of Nottingham, Gisbourne has created a monster that wants nothing more than to destroy Robyn, Nottingham, and Gisbourne himself. As a result, Robyn’s closest ally, Will Scarlet, has been stabbed to death; Robyn is banished to Earth, unable to save Nottingham and her friends.  Will the girl known as Robyn Hood rise to the challenge and become a legend?

With Legend #1, the final act of the Robyn Hood trilogy begins and author Pat Shand once again shows readers that he is awesome at what he does!  Going back and re-reading the first two volumes made me acutely aware of Mr. Shand’s expert ability to scaffold the overall story arc while keeping the episodic moments incredibly and seamlessly interesting.  One of the many things I am appreciative about this series is that across the board, there is virtually no dead time / grey space / throw-away moments.  Shand keeps it well-paced, action-packed and the characters continue to develop with every encounter.  A reader cannot help but thoroughly enjoy this dimension hopping revenge-laden tale of good vs. evil!

Full disclosure: after almost ten years of reading Zenescope books I can probably count the issues I didn’t like on one hand – I enjoy the amazing writing with over-the-top beautiful art; the huge eye-candy splash pages are always a winner and as a reader / fan I have no issue with provocative / unrealistic physical takes of the characters in Zene-books – these are fun, fantasy adventures that are done at the upper-most echelon of visual talent.  That being said, artist Larry Watts has visually taken Legend much more into the realm of action / adventure and out of the landscape of the previous mentioned expected Zenescope fantasy.  Watts keeps a high quality of visuals, meeting the expectation for the long term Zene-reader and the scenes/profiles are much more action/drama driven and less pin-up.  As a book, there is excellent creative framing within the pages which enhances the story flow.  Slamet Mujiono should be praised the blue and maroon-driven coloring is perfect for the tale.

Legend acts a perfect third act piece for the series, while also being a phenomenal jump-on point for new Robyn Hood fans!

The Bottom Line: Another amazing book from Pat Shand and Zenescope! 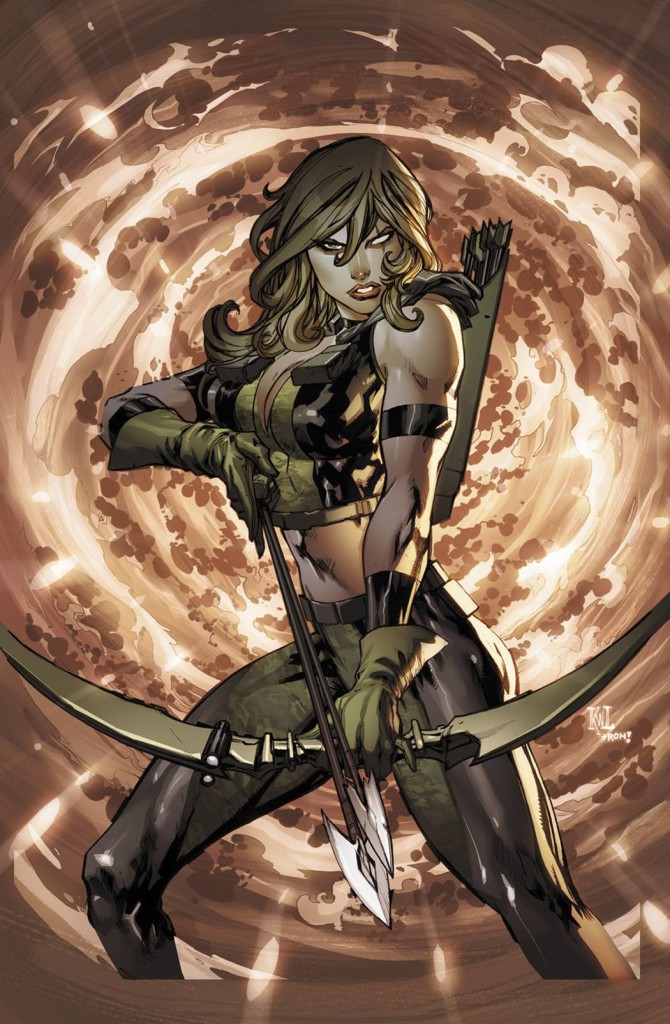 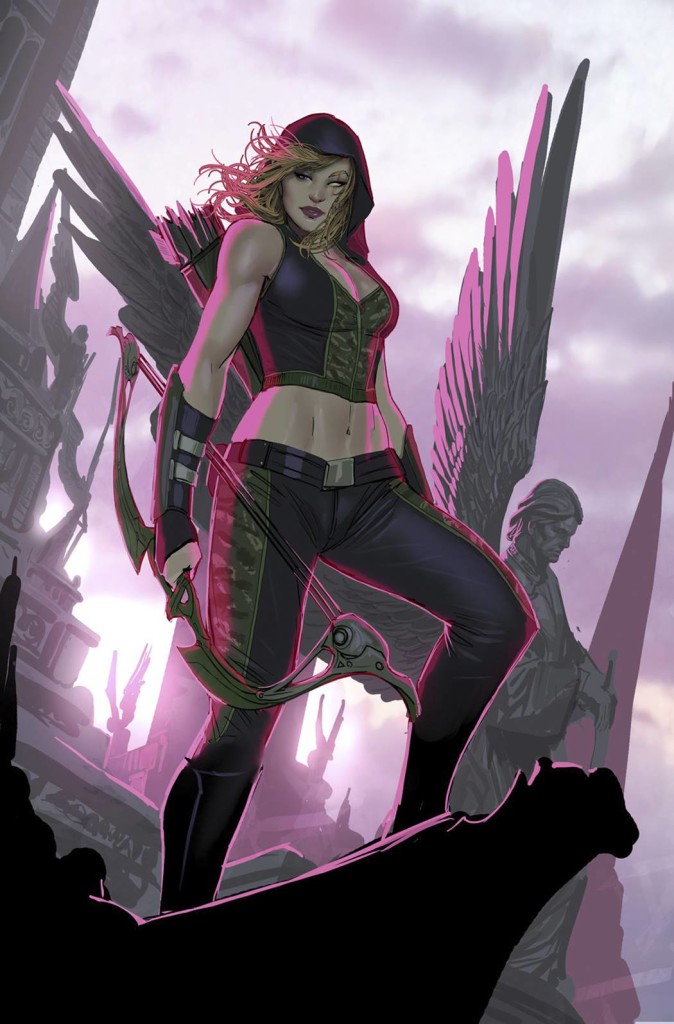